Is Recession Staring Us Down? Already Upon Us? Here’s Why It’s Hard to Say.

Economy And Jobs, Recession, Inflation, GDP, Unemployment, Business
Save for Later
From The Left
ANALYSIS

The United States is not in a recession.

Economic output, as measured by gross domestic product, fell in the first quarter of the year. Government data due this week may show that it fell in the second quarter as well. Such a two-quarter decline would meet a common, though unofficial, definition of a recession.

Most economists still don’t think the United States meets the formal definition, which is based on a broader set of indicators, including measures of income, spending and job growth. But they aren’t quite as sure...

Read full story
Some content from this outlet may be limited or behind a paywall.
Economy And Jobs, Recession, Inflation, GDP, Unemployment, Business 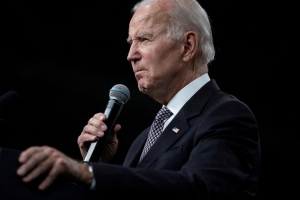 News
Biden move is a boon for cannabis capitalism
Axios