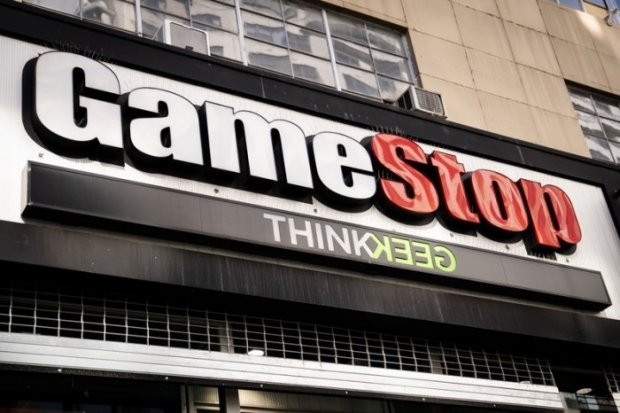 Wall Street was shaken up last week when everyday investors banded together on social media to challenge major hedge funds in a trading frenzy centered around video game retailer GameStop. As a result, GameStop’s share price surged 135% last Wednesday and closed at $325 per share on Friday. The company's stock then fell after momentum slowed and trading platforms such as Robinhood put restrictions on certain stocks. GameStop shares to close at $90 on Tuesday. Robinhood said the limits were to protect common investors; many people still accused them of cutting off market access to protect financial elites.

Robinhood currently faces 30 lawsuits from investors across the nation, and the financial establishment faces questions about regulation and social media's potential to manipulate the market. Meanwhile, the U.S. Securities and Exchange Commission (SEC) is searching through social media and online message boards for evidence of illegal market manipulation; committees in both the House and Senate plan to hold hearings on the state of the market.

Many across the political spectrum, including Donald Trump Jr., Rep. Alexandria Ocasio-Cortez (D-N.Y.), conservative pundit Rush Limbaugh and comedian Jon Stewart criticized the financial establishment for cutting off market access to everyday people. Some financial experts criticized the purported ignorance of inexperienced investors, accusing them of risking their personal financial stability and causing market volatility; some individual investors see that as an excuse for the establishment to protect their own power over the markets. Outlets on all sides also analyzed the impact that the social media-driven surge will potentially have on new regulations.

On the Blog: Biden's first no-win decision might be right around the corner. How will the political world react?; and in a new book, an MIT professor argues for a new approach to combatting online polarization.

Other news and more from AllSides: Join the free livestream event to celebrate the launch of The Reunited States, a documentary about bridging divides! Featuring special guests Van Jones and Meghan McCain. The documentary features AllSides and some of our partner organizations — plus a brief interview with our CEO; Download the AllSides mobile app for balanced news on the go. Available for iOS and Android; and you can support our work and mission by becoming a sustaining member of AllSides. Sustaining memberships allow you to read AllSides ad-free.

"Many investors fully understand the contradiction between GameStop’s stock price and its business fundamentals. But for those who imagine it to be the next Tesla or Amazon, the truth is: It’s likely not. The company’s quarterly report issued in September showed another steep quarterly sales decline as it struggles to adapt to the rise of mobile gaming and digital downloads that have rendered its more than 5,000 stores obsolete, even more so during the pandemic."

"I don’t know how regulators will eventually seek to address what is happening on WallStreetBets, nor if prosecutors will ever attempt to untangle who is the most liable and levy charges. But a hammer will come down in some way in an attempt to dissuade this type of behavior. And it won’t be funny."

"Before calling the meeting, Yellen, a former Federal Reserve chairman, received clearance from ethics lawyers since she was paid a hefty sum by a firm that was a key player in the market volatility. Yellen received $810,000 by hedge fund Citadel for three events in 2019 and 2020, according to disclosure forms."

GameStop Lets You See the Matrix

"You’re allowed to put your money into Wall Street and they might let you take some pennies out, but if you try to go big and play at the same level as the anointed, oh no. You don’t get to. The system shuts you down – literally. You can’t buy the hot stock. Does that apply to the hedge fund guys? You think they can’t play after you’ve been sidelined? Come on."

"The drop in GameStop shares, which fell 60% on Tuesday alone, could result in significant losses for some of the individual investors who had ridden the positive stock market suggestions posted on WallStreetBets. The forum has soared in popularity in the past week, swelling to 8 million members. GameStop's shares hit an all-time high of $483 on Thursday amid social media chants of buy, buy, buy."

"Bubbles like this always end in a crash, and those Redditors who haven’t sold their shares will be left holding a very depleted bag. In the meanwhile, it’s funny to see some Wall Streeters complain that there’s something unfair about this action, since these are the sorts of games they play with each other and the general public all the time. They talk up stocks or talk them down, depending on their interests, and plot against what they see as weak or vulnerable players all the time."