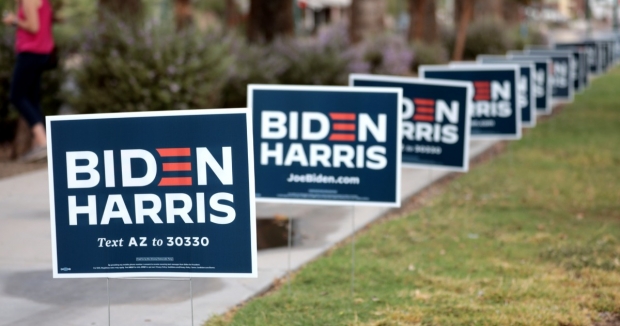 Joe Biden was sworn into office less than two weeks ago and he is already facing the type of seminal decision that could define his presidency. Worse, it’s not clear if either option he is considering is a particularly good one.

Biden’s time in office will almost certainly be defined by the way he handles the coronavirus crisis. The pandemic affects almost every aspect of our society, and he will be forced to make thousands of decisions relating to COVID-19 that will impact the health, the livelihoods, the housing, the education and the futures of millions of Americans in the months ahead. But the most difficult decision is staring him in the face right now.

The new administration’s most important and most urgent legislative goal is the passage of a comprehensive COVID-19 relief bill that will provide funding for vaccinations, payments to households and small businesses, unemployment relief and several other types of aid. To the surprise of absolutely no one, Biden’s initial $1.9 trillion proposal has been criticized by Republicans as too large and by Democrats as too small. The result is a predictable logjam in which both sides blame the other for intransigence while precious time quickly slips away.

Biden has been preaching the benefits of bipartisan cooperation and the need for unity ever since he announced his candidacy almost two years ago. Even as Donald Trump fought the election results throughout the most unusual and most contentious presidential transition in modern history, Biden has continually emphasized his belief that the potential exists for the two parties to work together to achieve common goals. His White House staff has convened a group of senators comprised of an equal number of Democrats and Republicans to discuss possibilities for a legislative package that can draw support from both sides.

But in spite of Biden’s efforts, both parties appear to be digging in their heels. Republicans have castigated the plan as too expensive and are urging a more targeted relief package. Although some Democratic members also appear open to a smaller bill, their leaders have made it clear that they are not interested in scaling back. Biden’s announced goal has always been legislation that can draw enough bipartisan support to pass with at least 60 votes. But an increasing number of Democrats are now pushing to pass a bill through the process of reconciliation, which would lower the threshold to a 51-vote majority.

The upside of passing a COVID-19 relief bill through reconciliation is that it would be bigger and faster. The drawback is that it would send a signal that Biden’s bipartisan goals have been compromised on his first and most important legislative priority, which would make it much more difficult for him to attract Republican support for other policy goals in the future. Biden is still urging the two sides to come together, but it appears likely that Democrats will begin moving toward a party-line vote in the next several days. And with Trump’s Senate impeachment trial set for February 9, the window for bipartisanship is closing quickly.

But Biden is the new president, and presumably he could convince congressional leaders of his own party to delay reconciliation for the time being and to instead continue to pursue a bipartisan outcome. But if he is then unable to persuade Republicans to move further in his direction, he will be left with with a smaller and potentially less impactful relief package. That would leave him in the unenviable position of achieving a bipartisan outcome, but one that is insufficient to confront the crisis that will define his presidency.

Biden wants to be a bipartisan president. He also wants to be the president who beat back the pandemic. There might still be a sweet spot that allows him to be both of those things. But right now, he might be the only one in Washington who can see it. If that common ground does not exist, then neither choice available to the president is a good one. If the possibility of a compromise is still there, he’ll need to find it fast.

Want to talk about this topic more? Join Dan for his weekly webinar “Politics In The Time of Coronavirus” on Tuesday mornings at 11 AM PST. You can register for it here. https://www.lawac.org/EventDetail/eventid/30830. Or read more of Dan’s writing at: www.danschnurpolitics.com.