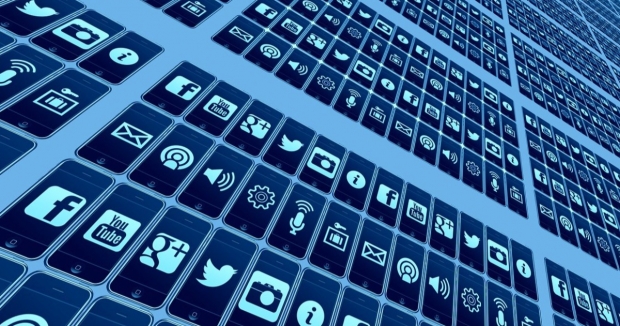 In his 2020 book The Hype Machine: How Social Media Disrupts Our Elections, Our Economy, and Our Health — and How We Must Adapt, MIT Sloan School of Management professor Sinan Aral offers a comprehensive and insightful new view of the opportunities and challenges posed by the advent of social media.

Aral notes many benefits of social media, but he also recognizes numerous problems that can contribute to issues including political polarization. His book provides clear ways to view problems and potential solutions to social media issues.

Aral describes the Hype Machine process as “the cyclical interplay of machine and human intelligence that determines what we focus on and how information and knowledge are distributed.” According to Aral, three technologies make possible what he calls the “hype machine”: 1) smartphones, which act like a medium through which we interact with the digital environment; 2) social media with their artificial intelligence (AI) algorithms; and 3) the “hype loop,” which refers to how our existing connections influence our online experiences.

Thanks to advanced algorithms, social networks function like a self-perpetuating system. First, more users generate more data about “our preferences, desires, interests, and time-stamped, geolocated activities around the world.” This data makes algorithms more sophisticated and precise, thereby attracting even more new users. As they are fed more data, algorithms become better at recognizing our preferences and tastes, including political opinions — thereby altering the information we are exposed to.

Our behavior on social media — our posts, connections, and likes — both shape and are shaped by the hype machine. And, as the author notes, “We’ve constructed an expansive, multifaceted machine that spans the globe and conducts the flow of information, opinions, and behaviors through society.”

Algorithms, by catering to our biases and prejudices, make us even more convinced in the righteousness of our own views and effectively segment the population into many small groups with messages tailored to their preferences — a dangerous process that contributes to political polarization.

Disturbingly, fake news spreads more quickly than the truth. According to Aral’s research, “While the truth rarely diffused to more than 1,000 people, the top 1 percent of false news cascades routinely diffused to as many as 100,000 people.”

Knee-jerk solutions often won’t work. For instance, Aral thinks that banning disinformation can make it even more popular. For instance, a media intelligence firm found that Twitter initially banning a New York Post article about Hunter Biden resulted in nearly a doubling of attention to the story.

In his words, labeling fake news can be a useful approach, but he does cite a study showing how it can “cause readers to distrust true news and create an “implied truth effect” that leads readers to believe that anything not labeled false is true.” Understanding the unintended consequences is important.

Aral offers solutions to the challenges presented by the hype machine, based on the four levers he describes — money, code, norms, and law.

Aral suggests multiple ways of tackling the challenges posed by social media, including the following non-exhaustive options: protecting consumer privacy, providing users with the ability to export their data, and slowing down the spread of fake news. The ability to export data is also known as data portability or interoperability, allowing consumers to freely switch from one network to another, much like a phone number across cell carriers.

Aral also argues that simply breaking up tech companies to create more competition will not solve the problem and could even make it even worse. According to him, due to network effects, the social media industry naturally gravitates towards monopolization. A similar point was made by The Economist: “… a full-scale break-up would cripple the platforms’ economies of scale, worsening the service they offer consumers. And even then, in all likelihood one of the Googlettes or Facebabies would eventually sweep all before it as the inexorable logic of network effects reasserted itself.”

Aral does not think all social media problems should be solved completely by the government. He covers topics such as media literacy, and notes that pressure on social media companies themselves has led to certain changes and agreements to fund research projects.

Ultimately, Aral provides a comprehensive overview of the benefits, problems, and potential solutions to address the challenges of social media. Overcoming the threats social media presents to our democratic republic will require many changes from users, platforms, and the government.