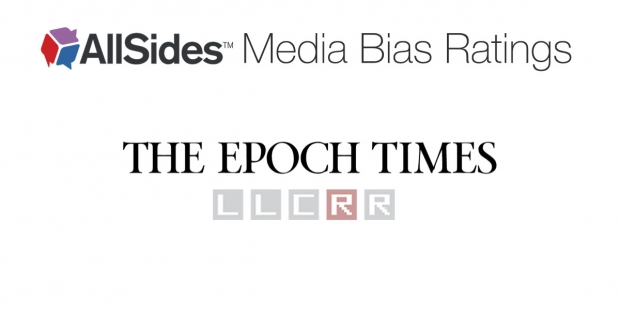 An editorial review is when the AllSides team, which includes an equal number of people from the Left, Center and Right of the political spectrum, reviews the works of a source and comes to a general consensus on its bias. We found that the Epoch Times did a good job of citing multiple sources across the political spectrum and of using full quotes in its reporting — not snippets or phrases taken out of context. The publication did not display common types of media bias such as spin, sensationalism, opinion presented as fact, unsubstantiated claims, flawed logic, or omission of source attribution.

Much of The Epoch Times’ reporting is rather balanced; its right-wing bias was mostly displayed via story choice. The publication typically covered stories generally of interest to people on the right and showed conservatives in a positive light, and covered stories that show the left in a more negative light.

Head over to our The Epoch Times source page to read more details about our editorial review, and to vote on whether or not you agree with our bias rating. You can also email us feedback.