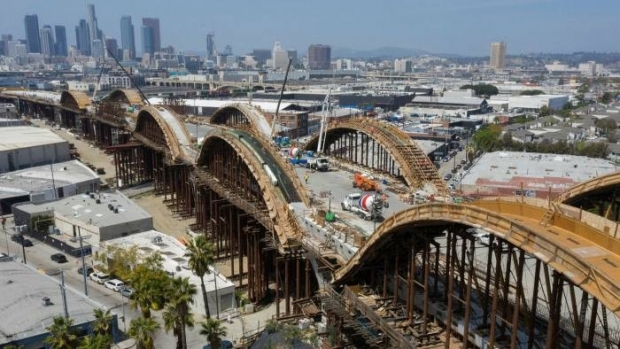 Debate surrounds President Joe Biden's “American Jobs Plan," which would alot $2.2 trillion over the next 8 years to fix roads and bridges, expand broadband internet access, invest in America's manufacturing sector and provide affordable housing and home-based care for the elderly and disabled. The plan would also raise the corporate tax rate to 28%, close loopholes and tax multinationals’ overseas earnings. On Monday, the Senate parliamentarian ruled that Democrats can pass two more bills without Republican support by using the budget reconciliation process once again this fiscal year; many speculate it will be used to approve Biden's infrastructure plan, which is split into two bills.

Some on the left praised the bill’s focus on overlooked infrastructure priorities. Voices from the right tended to criticize the bill as unnecessary and expensive, especially on the heels of a $1.9 trillion COVID-19 relief bill. Some claimed calling the bill an "infrastructure" bill is misleading or false, considering less than a quarter of the bill's spending will be used on things traditionally considered "infrastructure." Outlets on all sides covered a debate surrounding the term "infrastructure," highlighting Republican lawmakers' argument that the term does not cover things like home care, electric vehicles and water pipes.

Perspectives: When Joe Biden ran for president last year, it sounded like he 'd serve Barack Obama’s third term. But now it seems Biden has decided that he would prefer to serve Franklin Roosevelt’s fifth term instead; Surveys show Republican voters actually support raising the federal minimum wage -- just not to $15 per hour. Who knew?

More from AllSides: Sick of "fact checks" that aren't really just checking the facts? Use our Facts and Fact Checking portal to compare facts, fact-checking and analysis from across the spectrum; Download the AllSides mobile app for balanced news on the go. Available for iOS and Android; and you can support our work and mission by becoming a sustaining member of AllSides. Sustaining memberships allow you to read AllSides ad-free.

The fight to define infrastructure could change America

"President Joe Biden is using a sleight of hand by crafting a bill that might be traditionally associated with repairs to potholed highways to instead be his latest effort to reshape the US economy and social safety net. His move encapsulates the White House's own sense of momentum and explains why Republicans are lining up to block his ambitions before they change the character of the country."

"The early political and economic debate over President Biden’s $2 trillion American Jobs Plan is being dominated by a philosophical question: What does infrastructure really mean? Does it encompass the traditional idea of fixing roads, building bridges and financing other tangible projects? Or, in an evolving economy, does it expand to include initiatives like investing in broadband, electric car charging stations and care for older and disabled Americans?"


Joe Biden’s infrastructure plan is much more than that

"The US president’s plan to spend around $2tn on the stuff includes $400bn on care for the elderly and people with disabilities. $100bn will go on job training for disadvantaged groups. And this is before the second tranche of the plan, due this spring, which is expected to enhance childcare and rights to paid leave."

Sen. Roy Blunt: GOP Would Support $615B in Actual Infrastructure

"The Biden administration is making a 'big mistake' in loading up a $2.25 trillion infrastructure package with things that do not pertain to roads, bridges, airports, or technology, says Sen. Roy Blunt, R-Mo., who rebuked the legislation as a 'purely partisan exercise.'"

"President Joe Biden's $2.25 trillion infrastructure package would create about 2.7 million jobs, a fraction of the more than 19 million touted by some West Wing officials — including the chief executive himself. Asked about that discrepancy, White House press secretary Jen Psaki on Tuesday cited a report by Moody's Analytics, a Wall Street firm, that estimated that Biden's American Jobs Plan would create 3 million jobs over a decade if passed as is by both chambers of Congress and signed into law."