The 'Social Media Summit' hosted by President Donald Trump at the White House on Thursday made headlines throughout the country, prompting a wide variation of coverage and reactions.

Most outlets covering the story acknowledged that Trump invited conservative website owners and pundits while excluding social media giants like Facebook and Twitter. Specific descriptions of the guests varied; some voices on the left labeled the group as "right-wing extremists" or "conservative activists", and some on the right called them "far-right firebrands" or "social media provocateurs." Some left-leaning outlets ran fact-checks on Trump's summit speeches, while others on the right focused coverage on some of the event's little-known guests. 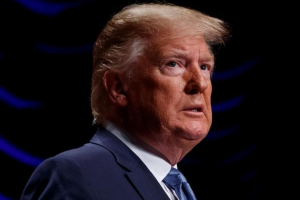 President Trump on Thursday hosted several hundred conservative activists at the White House for a "social media summit" to discuss anti-conservative bias by big tech companies, telling attendees that "we’re not going to be silenced."

The meeting, which took place in the East Room of the White House, included discussion about accusations that companies including Facebook, Google and Twitter have treated conservatives unfairly. The president also complimented the conservatives in attendance for what they've post online, saying, "Some of you are extraordinary. The crap you think of is unbelievable." 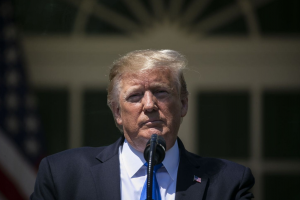 President Trump assailed Facebook, Google and Twitter on Thursday — accusing them of exhibiting “terrible bias” and silencing his supporters — at a White House “Social Media Summit” that critics chastised for giving a prominent stage to some of the Internet’s most controversial, incendiary voices.

For Trump, the conference represented his highest-profile broadside against Silicon Valley after months of accusations that tech giants censor conservative users and websites. With it, the president also rallied his widely followed online allies — whom he described as “journalists and influencers” and who together... 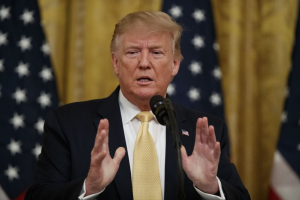 WASHINGTON—President Trump used a “Social Media Summit” at the White House Thursday to bond with some of his most provocative supporters over shared grievances against large technology companies whose representatives weren’t invited.

Mr. Trump attacked social-media companies he says are trying to silence individuals and groups with right-leaning views, without presenting specific evidence. He said he was directing his administration to “explore all legislative and regulatory solutions to protect free speech and the free speech of all Americans.”

“Big Tech must not censor the voices of the American people,” Mr....

Ahead of the 2020 election, Twitter began showing a warning if you tried to retweet a tweet that had been labeled for potentially including misleading...

Apple has reached a $113 million settlement agreement with 34 states and Washington, D.C., over allegations that the company misled consumers about iPhone...

How One Social Media App Is Beating Disinformation
ANALYSIS

For many Americans who work in tech, Taiwan has become a model for the fight against disinformation. Like the United States, Taiwan is sharply divided on major...

A group of more than 200 Facebook content moderators, as well as some full-time employees,* are demanding the tech company “stop needlessly risking moderators...

CEOs of two big social-media platforms hope to show senators Tuesday that their companies performed better in the 2020 elections compared with 2016, but they...

Few prominent political arguments have been so nakedly self-refuting as the conservative case for antitrust action against big tech. The argument typically...