On Monday, members of Congress return to Washington D.C. to deal with issues such as funding the government, defense funding, voter reform, same-sex marriage, and raising the debt ceiling. It will be a "lame duck" session, in which some lawmakers will be making their final votes before leaving office.

Key Quotes: “All I can tell you is that we are going to try to have as productive a lame-duck session as possible,” Senate Majority Leader Chuck Schumer, D-N.Y., told reporters Sunday, notifying colleagues that there will be “heavy work” that includes “long hours.”

For Context: While votes are still being counted after last Tuesday's midterm elections, Republicans did not meet expectations to deliver a "red wave." However, it looks likely that Republicans will control the House of Representatives, while Democrats have secured the majority in the Senate.

How The Media Covered It: Sources from across the political spectrum provided a run-down of the issues comprising a busy year-end agenda for Congress. 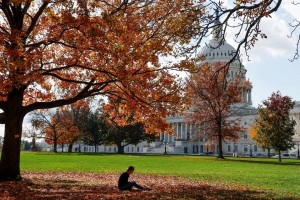 Democrats in the U.S. Congress aim to pass bills protecting same-sex marriage, clarifying lawmakers' role in certifying presidential elections and raising the nation's debt ceiling when they return from the campaign trail on Monday.

President Joe Biden's party got a boost over the weekend when it learned it would keep control of the Senate for the next two years, while control of the House of Representatives is still up in the air as votes are counted after Tuesday's midterm election.

But Democrats escaped a feared midterm drubbing and will look... 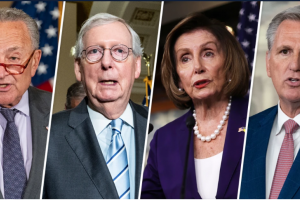 With the 2022 election over, Congress will return to work Monday with a packed to-do list for the final weeks of the year.

The list includes reaching a government funding agreement, reauthorizing the Defense Department, passing a major election overhaul measure, codifying federal recognition of same-sex marriage and voting on nominations. And the House Jan. 6 committee is poised to wrap up its work before it dissolves.

Republicans underperformed expectations in the midterm elections and failed to deliver a red wave. NBC News has projected that Democrats will keep control... 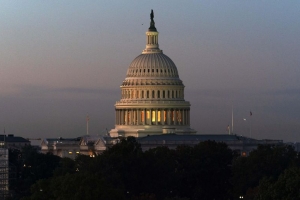 Members of Congress are still unpacking the results of the midterm elections, but they will return Monday to Washington with plenty to do, from funding the government to authorizing key defense programs.

Senate Majority Leader Charles E. Schumer over the weekend said senators should expect “heavy work” and “long hours” even as the final makeup of next year’s Senate hinges on a December run-off election in Georgia and key House races remain unsettled.

Most notably, Congress must pass a funding bill before Dec. 16 to avoid a government shutdown. Democrats could try to add special provisions to...