A police officer who witnessed the Wisconsin Christmas parade attack Sunday evening believes suspect Darrell Brooks Jr. carried out an "intentional act to strike and hurt as many people as possible," according to a criminal complaint filed in Waukesha County Circuit Court.

Brooks, who's being charged with five counts of intentional homicide, drove his red Ford Escape SUV into a crowd of people and injured a total of 62 people. The officer reported that he observed the vehicle driving in a zig-zag-like pattern and then saw "bodies and objects were flying from the area of the vehicle." Legal experts are estimating that Brooks could face a lifetime prison sentence if the court can prove the intentional homicide charges beyond a reasonable doubt.

Right-rated outlets were more likely to label the incident at the Waukesha Christmas parade as an "attack" from the start, while left-and-center rated outlets initially used the terms "tragedy" and "accident" until more details were revealed. Some right-rated voices framed the incident as an example of a Black BLM supporter carrying out an attack on white people in response to the Kyle Rittenhouse trial results, alluding to the possibility of a "revolution" in Wisconsin. Left-and-center rated outlets were more likely to include a statement from Brooks' attorneys that said "it’s essential that we not rush to judgment." 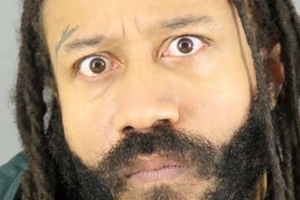 Not long after a child became the sixth person to die in connection with the catastrophic attack on a Christmas parade in Waukesha, Wisconsin, on Tuesday, prosecutors painted a picture of the sole suspect as driven by a twisted thirst for blood.

According to a criminal complaint filed Tuesday, 39-year-old Darrell Brooks, who was arrested in the hours after the parade turned into a bloodbath, ignored demands to stop his car that night. He also seemed to weave around vehicles in an attempt to inflict the most damage possible, prosecutors said....

Read full story
Some content from this outlet may be limited or behind a paywall.
See full media bias rating for Daily Beast
From the Right
350
Violence in America
Criminal Complaint Alleges Waukesha Driver ‘Had No Emotion,’ ‘Appeared To Rapidly Accelerate’ Into Crowd
The Daily Wire 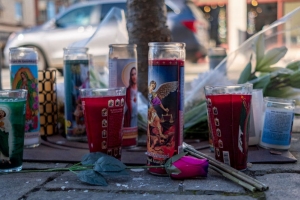 The alleged driver of a Ford Escape that plowed through dozens of parade participants and spectators on Sunday appeared to have “no emotion on his face” and accelerated toward the crowd, according to a criminal complaint filed against him.

Authorities filed the complaint in the Waukesha County district court on Tuesday, detailing the accounts of several law enforcement officers who attempted to stop the vehicle while it sped toward the annual Christmas parade. At least three officers encountered the vehicle and attempted to stop it, with one firing three shots at it....

Read full story
Some content from this outlet may be limited or behind a paywall.
See full media bias rating for The Daily Wire
From the Center
350
Violence in America
The man accused of driving his SUV through a Wisconsin Christmas parade charged with 5 counts of first-degree intentional homicide
Insider 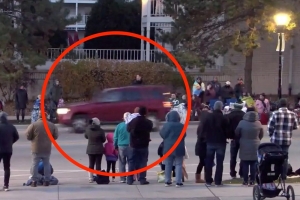 The man accused of driving his SUV through a Christmas parade in Waukesha, Wisconsin, was charged with five counts of first-degree intentional homicide.

Six people were killed and at least 62 were injured in the Sunday rampage as of Tuesday, per a criminal complaint.

Suspect Darrell E. Brooks, 39, appeared for a preliminary hearing at the Waukesha County Courthouse on Tuesday in connection with the incident.

Prosecutors say an additional charge will be filed after an 8-year-old child died from injuries sustained in the tragedy, bringing the death toll to six.

Brooks, a resident of...