The tragedy at a Wisconsin Christmas parade earlier this week has been followed by remembrances of the dead and angry criticisms of a purportedly faulty justice system.

Darrell Brooks Jr., the man charged with plowing his SUV through the Waukesha Christmas parade Sunday night while fleeing a domestic incident, was let out of jail after posting $1,000 cash bail on Nov. 11. He had been arrested on Nov. 5 and charged with disorderly conduct and recklessly endangering safety for allegedly hitting the mother of his child and running her over with a vehicle. Brooks was charged with five counts of intentional homicide Tuesday night, and the judge set bail at $5 million. Meanwhile, prosecutors announced that a sixth person, a child, had succumbed to injuries sustained at the parade, and said they'd consider a sixth homicide charge. Milwaukee County District Attorney John Chisholm's office called the state’s $1,000 bail recommendation for Brooks "inappropriately low" in a statement Monday.

Coverage from left-rated outlets often highlighted memories of the people killed and stories of how the community would recover. Conversely, reports and perspectives from right-rated outlets often framed Wisconsin's justice system as problematic and symbolic of issues with progressive efforts to lower incarceration rates. Some on the right highlighted comments Chisholm made in 2007, in which he said murder committed by someone who was diverted from a criminal sentence was "guaranteed to happen" but "does not invalidate the overall approach."

See Today’s News »   More Headline Roundups »
From the Center
3134
General News
The Waukesha Parade Suspect Was Out on Bail. Now the DA Is Probing How Bail Is Set
Wall Street Journal (News) 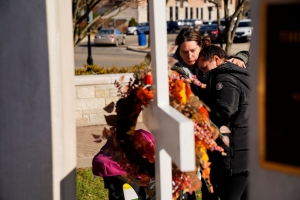 Low bail that led to the release of the man accused of driving an SUV through a downtown Christmas parade and killing six people here is prompting debates among lawmakers over bail policies in the state.

The suspect, 39-year-old Darrell Brooks, has a history of arrests. As recently as Nov. 5 he was charged with disorderly conduct and recklessly endangering safety after punching the mother of his child, then running her over with a vehicle, according to a complaint. 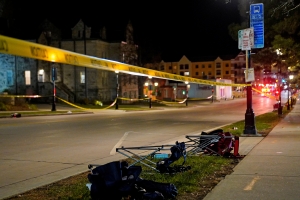 Progressive prosecutors always have the courage of their convictions as long as they’re just gasbagging about their lofty aspirations for society . . . which is to say, right up until their abstractions about “equity,” “systemic racism,” and the need to “reform” our “broken system” crash into the reality of violent, recidivist crime that destroys the lives of flesh-and-blood Americans.

At that point, it’s always some underling’s fault — some nameless bureaucrat who didn’t get the subtle, oh-so-thoughtful nuances of the boss’s position.

I mean, how could subordinate prosecutors in the...

Read full story
Some content from this outlet may be limited or behind a paywall.
See full media bias rating for Andrew C. McCarthy
From the Left
3134
General News
'A sisterhood': Beloved Milwaukee Dancing Grannies face death and tragedy after SUV assault
USA TODAY 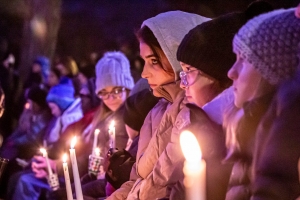 Every parade has an act that draws the eye, that brings a quick smile and a delighted laugh.

An act like the Milwaukee Dancing Grannies, who with their pom-poms, sense of humor and moxie have entertained crowds across the area for decades.

Funded in 1984, they usually performed 25 times a year, although they had to take a break in the earlier months of the pandemic.

"The Grannies are kind of a really tight unit," said Beth Krohn, a retired member of the group. "We used to call it a sisterhood."...