What Does Title 42's End Mean for the Border Crisis?

A federal judge blocked Title 42 this week, the COVID-19 pandemic-era public health policy that allowed Border Patrol to turn away migrants with the goal of preventing the spread of COVID-19. What will this mean for the border crisis?

For Context: There were 230,678 encounters with migrants along the southwest border in October, according to Border Patrol, another all-time record and a 1.3% increase from September. The Department of Homeland Security has until Dec. 21 to transition out of Title 42 and send additional resources to the border.

Where People Agree: Voices across the political spectrum, including the editorial boards at the Washington Post (Lean Left bias) and New York Post, agreed that ending the policy would likely lead to another surge of migrant arrivals at the southern border, and questioned whether the government was prepared.

Where People Disagree: The Washington Post's editors focused on how Congress must act on the border crisis, or else "the nation will face the consequences of lawmakers’ dithering." Some right-rated writers pointed more to Biden, with the New York Post editors saying he "refuses to do anything serious to stem the tides." Conversely, a writer for MSNBC didn't mention how the policy's end may impact the border crisis, and instead called Title 42 "xenophobic" and celebrated its end while arguing that "the more lax the United States has gotten with its own Covid measures, the more egregious Title 42 has looked." 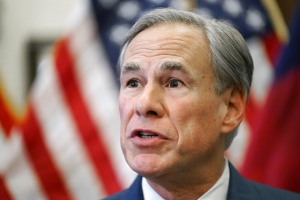 Secretary of Homeland Security Alejandro Mayorkas said Thursday the U.S. will continue to explore ways to stop Venezuelan migrants who seek to enter the country after a federal judge blocked Title 42 earlier this week.

“When I was deputy secretary we were very concerned about migration from the Central American countries of El Salvador, Guatemala and Honduras,” Mayorkas said. “We have encountered now, the highest level of encounters by Venezuelans, Cubans and Nicaraguans and that changed demographic makes the challenge even more acute because... 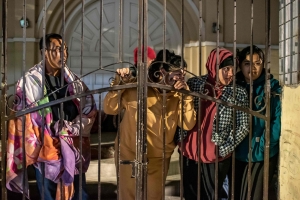 Homeland Security Secretary Alejandro Mayorkas this week again told Congress, “yes,” the border is secure, “and we are working day in and day out to enhance security.” We do not think that word means what he thinks it means.

And the impending end of Title 42, which Team Biden has used to expel more than 1 million of the 2.4 million migrants that the Border Patrol “encountered” last fiscal year, is sure to add to the chaos. The surge is expected to rise to 18,000 a day, or over 500,000 a...

Title 42, the xenophobic policy that allowed U.S. officials to turn migrants away at the border because of Covid, was ruled unconstitutional by a judge who put an end to it Monday.

Since the Trump administration implemented the rule in March 2020 because...