In a surprise move, the Walt Disney Company’s board of directors fired CEO Bob Chapek on Sunday and replaced him with former CEO Bob Iger.

For Context: Disney’s board reportedly reached out to Iger on Friday, considered no alternatives, and did not inform Chapek about the decision until Sunday. Iger led the entertainment giant as CEO for 15 years before handing the reins to Chapek in early 2020. However, Chapek’s term encountered controversies that led Florida Gov. Ron DeSantis to revoke Disney World’s special administrative district. Like many tech and entertainment companies, Disney faced a sinking stock price and disappointing revenues in late 2022, leading Chapek to plan cost-cutting measures like hiring freezes and layoffs.

Social Issues in Focus: Chapek faced controversy over his reluctance to take a stand on Florida’s Parental Rights in Education law, sometimes referred to as the “Don’t Say Gay” bill. While Chapek eventually publicly opposed the bill, Iger opposed it earlier, tweeting in late February 2022: “I'm with the President on this! If passed, this bill will put vulnerable, young LGBTQ people in jeopardy.”

How the Media Covered It: Coverage was widespread across the spectrum, particularly in business outlets. Some outlets noted the announcement’s significance; The Guardian (Lean Left bias) highlighted a quote comparing it to Steve Jobs’ return to Apple in 1997. Some coverage from the right criticized Disney; The Daily Wire (Right bias) called the company a “value-hemorrhaging caricature of wokeness.” 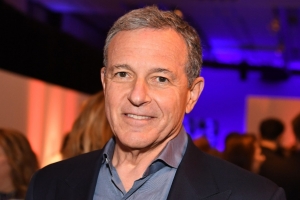 Bob Iger has returned as chief executive of the Walt Disney Company after less than a year in retirement. Shares soared on the development.

The company's board announced Iger's stunning return Sunday night and said Bob Chapek, who succeeded Iger in 2020, had stepped down from the position.

"The Board has concluded that as Disney embarks on an increasingly complex period of industry transformation, Bob Iger is uniquely situated to lead the Company through this pivotal period," board Chair Susan Arnold said in a statement. 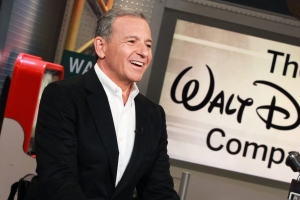 Bob Iger is back.

Disney, in a shocking late Sunday announcement, said it had reappointed Iger as chief executive, effective immediately, after Iger’s hand-picked successor as CEO, Bob Chapek, came under fire for his management of the entertainment giant.

“It is with an incredible sense of gratitude and humility — and, I must admit, a bit of amazement — that I write to you this evening with the news that I am returning to The Walt Disney Company as Chief Executive Officer,” Iger wrote to employees in an email, which was obtained... 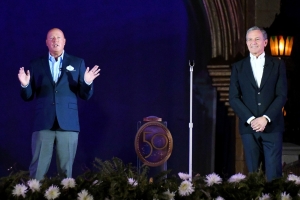 In a twist worthy of a Hollywood screenplay, the board of the Walt Disney Co. ousted CEO Bob Chapek on Sunday and replaced him with a familiar face: the popular Bob Iger, who ran the entertainment giant for 15 years and stepped aside two years ago.

Iger is widely considered entertainment industry royalty, celebrated for his management acumen and creative chops. He turned Disney into a global powerhouse by acquiring marquee brands such as Pixar, Marvel, Lucasfilm and 21st Century Fox.

In contrast, Chapek's tenure at the helm of Disney was rocky, starting... 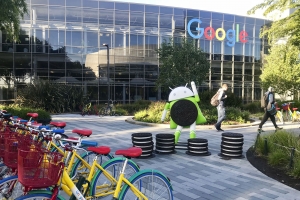 News
Juul agrees to $1.7B settlement amid allegations of marketing to minors: Report
Washington Examiner