One after another, big tech companies laid off thousands of workers in recent months.

By the Numbers: Twitter, now operated by Elon Musk, laid off 3,700 employees — about half the company. Facebook parent company Meta laid off about 11,000 workers. Rideshare app Lyft cut 700 jobs. Several others, including Microsoft, Snap, Stripe, Coinbase, and Shopify cut about 1,000 jobs each. Salesforce, San Francisco, CA's largest employer, said it laid off hundreds earlier this week. Even vape maker Juul said it would eliminate about 400 jobs. Amazon paused corporate hiring, and Apple paused hiring outside of research and development.

How the Media Covered It: Coverage was mostly balanced but more common in tech and business outlets, which tend to lean left or center. Outlets across the spectrum also covered tech workers’ complaints.

Thousands at Meta, Twitter, Salesforce lost jobs this week—the shock could ripple through the economy for months
CNBC 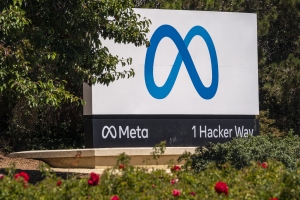 Tens of thousands of tech workers have been laid off within days, as tech giants including Meta, Twitter, Salesforce and others shed headcount going into the final stretch of the year. At least 20,300 U.S. tech workers were let go from their jobs in November, and more than 100,000 since the beginning of the year, according to Layoffs.fyi, which tracks layoffs in the field.

Tech workers reported huge drops in confidence in their job security through the summer, as news of layoffs, hiring freezes and rescinded offers put a damper on what’s so far been a...

The tech industry is laying off workers at an alarming pace as it braces for a potential recession triggered by painfully high inflation and rapidly rising interest rates.

Despite still-solid job growth and record-high wages in many industries, big tech is battening down the hatches as it warns of an increasingly grim economic outlook.

Amazon, Apple, Meta, Lyft and Twitter are among the companies either implementing hiring freezes or letting workers go as the Federal Reserve moves to raise interest rates at the fastest pace in decades in order to combat inflation. Economists widely...

Friday’s jobs report came in strong: the US economy added 261,000 new jobs in October, blowing away analyst expectations of 200,000, even as unemployment ticked up to 3.7%.

But don’t let the jobs boom lull you into a false sense of employment security. Job cuts and pauses on hiring are beginning to flow across the tech sector, which boasts some of the most valuable companies in the world. That’s bad news for the economy as a whole. 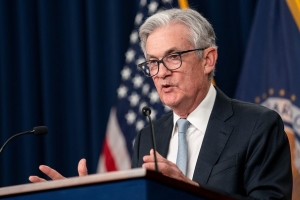