President Joe Biden called on Congress and state governments to suspend taxes on gas and diesel for three months.

While Biden has faced strong pressure to do something about high gas prices, leaders from both parties in Congress have expressed skepticism or outright opposition to a gas tax holiday. Addressing these concerns, Biden said he understood that “the gas tax holiday alone is not going to fix the problem,” adding, “But it will provide families some immediate relief. Just a little bit of breathing room as we continue working to bring down prices for the long haul.” Biden also called on gas companies to independently reduce prices and pushed back against Republican calls for more domestic oil production by calling on gas companies to refine more of the country’s domestically-produced oil into gas.

Coverage was less common and more negative in right-rated outlets. Some articles from both sides highlighted economists who said a gas tax holiday could add to inflation; NPR (Lean Left bias) also said there was no guarantee that gas companies would pass the savings on to consumers. 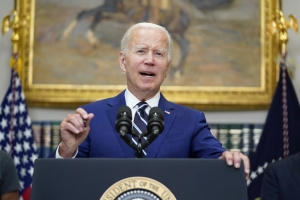 President Biden on Wednesday officially backed the suspension of both federal and state taxes on gasoline. 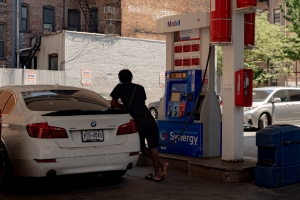 President Biden called on Congress on Wednesday to temporarily suspend the federal gas tax, an effort to dampen the soaring fuel prices that have stoked frustration across the United States.

During a speech on Wednesday afternoon, Mr. Biden asked Congress to lift the federal taxes — about 18 cents per gallon of gasoline and 24 cents per gallon of diesel — through the end of September, just before the fall midterm elections. The president also asked states to suspend their own gas taxes, hoping to alleviate the economic pain that has...

Read full story
Some content from this outlet may be limited or behind a paywall.
See full media bias rating for New York Times (News)
From the Right
302
Economy and Jobs
Biden Calls For Three-Month Pause To Federal Gas Tax
The Daily Wire 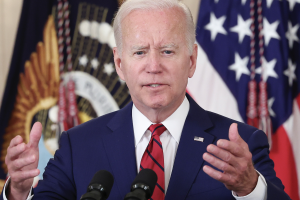 President Joe Biden called for a three-month pause to the federal gas tax on Wednesday to contend with “Putin’s Price Hike.”

The federal government imposes a gas tax of $0.184 per gallon of gasoline and $0.244 per gallon of diesel, according to the U.S. Energy Information Administration. President Biden is asking for a suspension of the tax through September without interruptions to the $10 billion required to bankroll the Highway Trust Fund.