What Can Be Done To Stop Inflation?

Inflation accelerated to 8.6% in May, spurred by rising gas, food and transportation prices. What can be done to stop this trend and prevent a recession?

Speaking at the Port of Los Angeles on Friday, President Joe Biden framed inflation as a global problem exacerbated by “Putin’s price hike.” Inflation is indeed global — India is facing 7.79% inflation, and the U.K.’s central bank is expected to raise interest rates to fight 9% inflation. The Federal Reserve has raised interest rates to fight inflation in the U.S., although experts worry that raising rates too quickly could trigger a recession.

While Biden has released a plan to fight inflation, some have described price increases as an impossible “problem from hell” for the president’s administration. House Democrats advanced a bill to crack down on suspected price gouging, and Republicans have called for pumping more U.S. oil and reducing federal spending. Some states like Utah, Indiana and New York have cut taxes to alleviate the burden of inflation. Outside of U.S. politics, China recently relaxed some of its COVID-19 lockdowns, and OPEC+ agreed to pump 50% more oil in July and August.

Perspectives on inflation almost always focused on criticizing the other side; voices from the left often framed Republicans as not having a real plan to fight inflation, and voices from the right accused Biden of “pointing fingers” to avert blame. 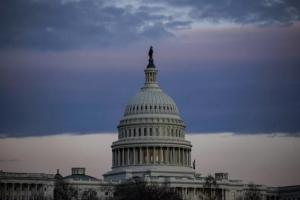 Americans are worried about inflation. But what can the government do about it?

The traditional response to inflation looks to the Federal Reserve to raise interest rates and cool the economy. Notwithstanding the risk of provoking a recession, the Fed is doing this—but it will take a decent period of time for interest rate hikes to reduce inflation.

Read full story
Some content from this outlet may be limited or behind a paywall.
See full media bias rating for Robert Weissman
From the Right
302
Economy and Jobs
There Will Be No ‘Soft Landing’ on Inflation If We Never Begin Our Descent
Dominic Pino 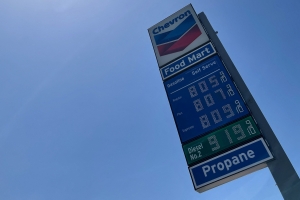 On Wednesday, I noted that headline inflation in April was tempered by a BLS-measured decline in gasoline prices, and May would not have that benefit. The monthly growth rate for most non-energy prices from April’s report either held steady or accelerated, and without lower gasoline prices to compensate, things could get ugly.

Read full story
Some content from this outlet may be limited or behind a paywall.
See full media bias rating for Dominic Pino
From the Center
302
Economy and Jobs
Here’s how soon prices could go down again, according to experts
CNBC 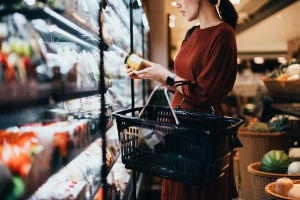 It’s no secret that everything from groceries and gas, to airline tickets and rent is more expensive than it used to be, and many Americans are left wondering when prices will go back to “normal.”

The short answer is that it largely relies on a variety of factors influencing today’s record-high inflation — post-pandemic consumer demand, ongoing supply chain shortages, geopolitical events, the war in Ukraine — and there are various viewpoints on how most of these factors will unfold.

Here’s what the experts say about when prices may level out.