Senator Bernie Sanders (I-VT) suspended his campaign for president Wednesday after a poor showing in recent primaries and lessening support. This leaves former Vice President Joe Biden (D-DE) as the presumptive Democratic nominee, and the race's senior candidate at 77 years old. 65-year old Rocky de la Fuente, a businessman running as a Republican, remains the youngest candidate running for either party. Reporting from all sides of the spectrum remained uniformly factual. Some left-rated outlets labeled Sanders as a "voice for the working people"; some of their right-rated counterparts labeled Sanders as a "democratic socialist." 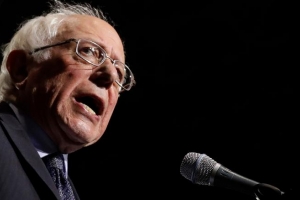 Sanders made the announcement in a call with his campaign staff, his campaign said.
Sanders' exit caps a stunning reversal of fortune following a strong performance in the first three states that voted in February. The nomination appeared his for the taking until, on the last day of February, Biden surged to a blowout victory in South Carolina that set off... 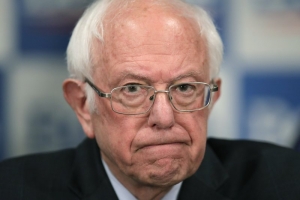 WASHINGTON (AP) — Sen. Bernie Sanders, who saw his once strong lead in the Democratic primary evaporate as the party’s establishment lined swiftly up behind rival Joe Biden, ended his presidential bid on Wednesday, an acknowledgment that the former vice president is too far ahead for him to have any reasonable hope of catching up.

Sanders plans to talk to his supporters later Wednesday.

Sanders initially exceeded sky-high expectations about his ability to...

Bernie Sanders has suspended his Democratic presidential campaign -- all but handing the nomination to former Vice President Joe Biden.

According to a brief campaign statement, the senator from Vermont announced the decision during an all-staff conference call Wednesday morning.

He will address supporters shortly before noon during a livestream.

Sanders won New Hampshire's primary and scored a landslie victory in the Nevada caucuses in late in February, as he surged to front-runner status in the nomination race.

The populist lawmaker then suffered a string of major primary defeats in...

More News about from the Left, Center and Right