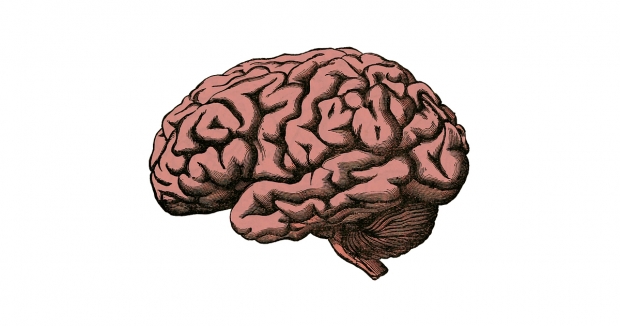 Authoritarianism versus libertarianism, localism versus globalism, traditionalism versus progressivism — bias is not just about left versus right.

Our scale is a simplified representation of a complex array of beliefs and ideas — there are plenty of other considerations when it comes to political thought. Politics is not always about left versus right, Republican versus Democrat, conservative versus liberal. We can often feel pressure to take sides on issues, when in reality our views are often too complex to take a “party-line” stance.

Maybe you are a right-winger who believes in universal health care, or a left-winger who is a strong gun rights supporter. This is because where you (or a media outlet) stand on a political issue or policy often comes down to where your political bias lies on different values scales.

Authoritarian versus Libertarian. Policy positions often deal with the trade-off between authority and liberty. What personal freedoms should we be willing to give up to create order and flourishing in society? Many, some, none at all? Which ones? To what degree should we follow a strict adherence to authority, specifically the authority of the government?

The social and economic issues that fall along the authority-liberty matrix are many: border control, abortion, marijuana legalization, plastic bag bans, occupational licensing, building permits, gun ownership — these are just a few examples of issues where your stance may be biased toward authority or liberty.

Individualism and collectivism tie closely into issues of authority and liberty. An individualist may not want to give up personal freedoms to benefit the collective, while someone who values the good of the group more may be willing to do so.

Secular vs Religious. Should the government uphold morality as outlined in religious texts, such as the Bible? Is morality relative, or universal? Should a single religion be shared and practiced amongst members of a nation, or is religious freedom preferable? Are religious beliefs necessary or unnecessary for a moral society that maximizes human flourishing?

Whether you are secular or religious will impact your position on many things, but perhaps most obviously on social policies and cultural issues, such as abortion, LGBTQ issues, and cultural norms around gender relations.

Traditionalist vs Progressive. Traditionalists tend to believe prevailing norms and structures were the result of hard-won wisdom that has been handed down and should be preserved. Progressives tend to believe some traditions are outdated, oppressive or no longer necessary, and that in order for humanity to move forward, we must dismantle or change those norms.

Traditionalism and progressivism can be seen across many social issues in particular. Do we need more women in positions of economic and political power, or are women happier and better suited to home and community life? Do children have better outcomes in life when their mother stays home, or is it okay to send children to daycare? Do children fare best with both a mother and a father, or are different family formations okay? Is sex an act that ought to be preserved for marriage, or is sexual liberation preferable?

Elitist vs Populist. Populists may view members of the political, economic, cultural or media establishment (“the elite”) as self-serving, corrupt, powerful figures who disregard or act in opposition to the concerns of everyday people. Populist groups may be based on class, ethnic, or national lines. Because major institutions of power are concentrated in American coastal cities, we often hear about the conflicting values and ideologies between “coastal elites” and “rural/middle America” — another way of framing elitism v. populism.

Rural vs Urban. Geography may impact or reflect political views. For example, rural gun owners are more likely than urban gun owners to say that owning a gun is essential to their own sense of freedom. In addition, the types of jobs concentrated in rural versus urban areas tend to differ, which may signal or lead to differing ideologies, values, and stances on policy issues. How would the worldview, concerns and issues a Midwestern farmer faces differ from that of an urban financier?

Nationalist/Localist vs Globalist. Localism and nationalism aren’t the same thing, but are somewhat interrelated because they both reject the integration of people, companies, and governments on a worldwide scale (globalism). Whether you see society as functioning better when governments plan, optimize for, and make decisions in the interests of local communities and nation states or on a global scale may determine your political bias in favor of or against globalism. Nationalists and localists reject decision-making that benefits global corporations or foreign capital rather than the citizenry, and say globalization erodes local identity and culture, and that multiculturalist globalism leads to greater intra-group conflict within nations. Proponents of globalism say such a system offers economic benefits, such as access to more goods and services and lower rates of poverty, and social benefits, such as the sharing of cultures.

Do societies fare better when they put their own comunity first, or when they take into acount what is best for people who are not members of their tribe or group? Your answer to this may indicate a bias toward more localism or more globalism.

A multitude of issues are encompassed in this debate. Should goods primarily be produced and consumed locally, or is it okay to rely on foreign countries for some or many goods? Should we promote local culture and identity, or create more worldwide cultural unity/homogeneity? Should we liberalize trade and immigration across national borders? Should we ensure our homeless are housed before accepting more immigrants? Should we take into account what is best for people who are not members of our tribe or group when making policies and decisions? Should we operate in a borderless way, and treat the entire world as a sphere for political and economic influence?

Political ideologies don’t always fit neatly into the left/right scale. This is why taking the political compass test can be so intriguing. While the common understanding of politics is that there are only a few choices — left, right or center — in reality, our views are much more complex. Maybe you are a right-wing localist or left-wing globalist. Maybe you are a religious liberal or a secular right-winger. Maybe you are socially liberal, but fiscally conservative. Or perhaps you’re socially conservative, but fiscally liberal.

It's okay to consider your position on each of these metrics, rather than picking a side — left or right — and then taking the default positions typically associated with each party.

Our balanced newsfeed and media bias ratings aim to help with this. Our bias ratings provide a framework and starting point for understanding political bias, but our goal is not necessarily to be “accurate” — that’s impossible, as bias is ultimately subjective. Just because a writer or media outlet is on the right, doesn’t mean you can predict their views on all issues. Our tools are simply meant to help you to easily identify different perspectives, so you can get the full story, dig deeper, and decide the truth for yourself.