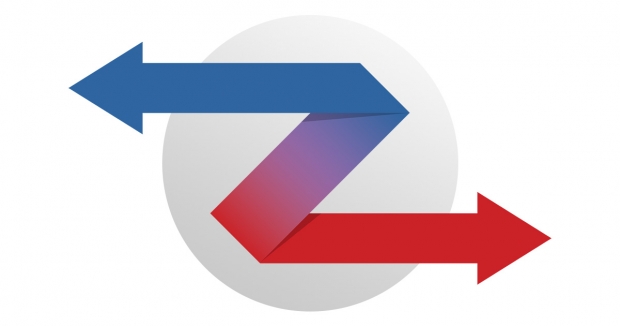 On June 18, Rep. Alexandria Ocasio-Cortez (D-N.Y.) posted some messages she had received about why people stopped identifying as Republicans. Responses included the Jan. 6 Capitol riot, the murder of George Floyd, coming out as gay, and moving to a more diverse place, along with listening to left-wing personalities like Hasan Piker and Bernie Sanders.

Ocasio-Cortez also asked what made people stop identifying with the Democratic Party. Responses included the “demeaning” way some on the left talked to those with different opinions, the party’s failure to pass Build Back Better, and the party’s purported lack of strong action on inflation. Others, like talk show host Dave Rubin, have said they “left the left” because of a “regressive ideology that doesn’t judge people as individuals, but as a collective.”

Yes, the Left left me. This video, with 7+ million views, is from a year and a half ago: https://t.co/4r8M1FJbdw @prageru

As the Left purges their free thinkers, there’s a massive group of ex-lefties, old school liberals and libertarians trying to figure out where they fit. https://t.co/WkOeuR30bQ — Dave Rubin (@RubinReport) September 20, 2018

That got us at AllSides thinking — why do people stop identifying with a political party? Do they tend to switch between the two major parties, or do they tend to become independents?

How common is party switching?

There has been extensive research on party-switching. According to reports by Pew Research Center (Center bias) from 2017 and 2020, roughly 10% of voters switch parties from one election to another.

Pew’s 2017 report discusses results from the American Trends Panel, which included five surveys conducted from December 2015 to March 2017. That report found that those who switched parties were less “politically engaged.” It also found similar trends for both Democrats and Republicans; about 80% stayed consistent with their party identification, about 10% defected and returned, and about 10% defected but did not return.

There was at least one noticeable difference between each party’s defectors; during the study — which took place during the 2016 election — young people led Republican defections, while Democratic defections were most common among those aged 50-64.

While the study found neither party gained an overall advantage, it did find changes within demographic categories. For instance, white voters without a college degree shifted towards the GOP, while white college graduates shifted towards the Democratic Party. Additionally, 10% of nonwhite Democrats defected to the GOP, and 21% of nonwhite Republicans switched to the Democratic party.

The 2020 report once again found that party switchers were less politically engaged. “About half of consistent Republicans (49%) and Democrats (52%) say they talk about politics every day or a few times a week,” the report said, compared to just a third of Republicans (29%) and Democrats (35%) who switched parties.

Regardless, the report generally argued that “the partisan leanings of voters do not change over short periods” between elections.

Independents’ political volatility was “not surprising,” the researchers said, due to politicians’ consistent efforts to sway them with campaign rhetoric. If politicians are constantly trying to persuade you to pick a different side, it’s understandably difficult to stay committed to a party!

Why do people switch parties?

People have lots of different reasons for switching parties, and swing voters’ influence on close elections often attracts the attention of the news media.

Sometimes, people switch parties strategically to vote in the other party’s primary elections. In March 2016, CBS News (Lean Left bias) reported on tens of thousands of registered voters switching to the Republican Party in Pennsylvania and Massachusetts, seemingly backing up claims by then-candidate Donald Trump that he was taking voters “from the Democrat Party.” However, a professor quoted by CBS noted that these switches could be a strategic effort to help less controversial Republican candidates against Trump.

This dynamic also occurred in some 2022 midterm primaries. As in 2016, some Democrats voted in Republican primaries to oppose Trump-endorsed candidates, particularly those who backed the former president’s false election fraud claims. In May, the Associated Press (Politics coverage rated Lean Left) interviewed a Georgia woman who voted in the Republican primary (despite it feeling “icky”) to back Georgia Secretary of State Brad Raffensperger, who resisted Trump’s 2020 efforts to “find” votes in his state.

According to the Associated Press, Raffensperger “probably would not have won the May 24 Republican primary” without these strategically party-switching Democrats.

Not all party-switching is strategic, however; sometimes, people have a genuine change of heart. In 2020, CNBC (Center bias) published a feature on two voters — a Democrat-turned-Republican and a Republican-turned-Democrat, both white men in their 40’s. Their stories help illuminate why people switch parties.

One man, a veteran described by CNBC as a former “MAGA-hat-wearing ‘Trump troll’” who “believed Trump spoke for us and was blunt enough to get things done,” started his journey to become a Biden voter when he had a positive dialogue on Twitter with comedian Sarah Silverman. The man said Silverman “engaged him without insults and helped to debunk the stereotypes he believed about liberals.”

Soon after, he began seeing Trump’s statements as divisive. In 2018, he left the Republican Party, becoming an independent before joining the Democratic Party. Reflecting on his journey, he said his “awakening” made him “less angry and hateful” and more “empathetic.”

The other man featured by CNBC was a gay Hillary Clinton supporter who said he never considered Trump’s “practical policy ideas” until after the 2016 election because the “liberal media” never covered them. This man’s tipping point also came through Twitter — via a 2017 tweet from Rachel Maddow about obtaining Trump’s tax returns. Disappointed that Maddow only had Trump’s 1040 forms from 2005, he “threw his remote at his TV and decided he was done.”

He researched conservatives’ positions and found he identified with them. Like the other man, he also publicly defected in 2018, saying in a YouTube video that the political left was “un-American,” “inflexible” and “fascistic.” He later said he felt “more confident in myself and in my work,” which involved paid speaking events for his #WalkAway campaign.

Should you switch parties in 2022?

You’re probably not one of the 10% of voters who will likely switch parties between now and 2024. But maybe you’ve come to AllSides because you’re dissatisfied with your current political alignment, and you’re looking for something new. Or maybe you’re simply curious about what the other side thinks and why.

2022’s midterm elections are a unique political moment where party-switching could have a real impact. With Democrats struggling to pass their agenda through a 50-50 Senate and facing a volatile global economic climate, Republicans see an opportunity to take back control of Congress and state legislatures. Your vote could really count — so if you’re on the fence, it’s worth thinking about where you stand.

Want to learn more about where the parties stand? Take a look at AllSides’ tag pages for the Democratic Party and the Republican Party. For more, stay updated with AllSides’ 2022 Elections page and daily Headline Roundups.

Joseph Ratliff is an AllSides Daily News Editor. He has a Lean Left bias.