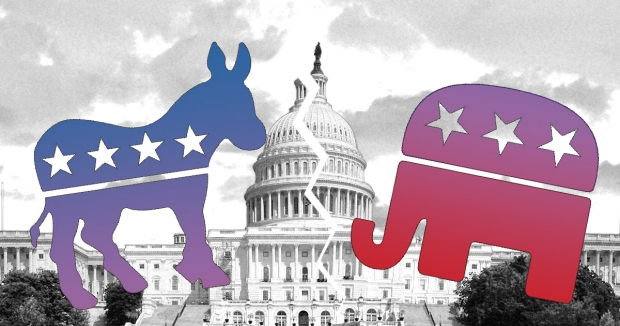 Editor's Note: This viewpoint is from a writer rated Lean Left.

In today’s bipolar political discourse, it’s easy to wave away controversies because “both sides do it.” This dynamic has reared its head once again, this time regarding Republican senators and House members objecting to the confirmation of certain swing states’ Electoral College votes. Commentators from across the spectrum have pointed out that Democratic members of Congress made similar objections in 2000, 2004, and 2016.

At face value, it might be easy to see these facts and conclude that “both sides have done Electoral College objections in Congress, so this time it isn’t that big of a deal.” However, as with most things in politics, each of these cases is unique. Understanding the differences between past congressional election objections can help us understand the implications of Wednesday’s events.

In 2000, a hotly disputed election culminated in a 5-4 Supreme Court ruling that stopped a Florida recount and handed George W. Bush the electoral victory. Despite Vice President Al Gore’s acceptance of his election loss, over a dozen Democratic House members objected to the allocation of Florida’s Electoral College votes to Bush. Rep. Alcee L. Hastings (D-FL) called Florida’s result into question, citing the alleged “overwhelming evidence of official misconduct” in his state.

The objections were quelled by Al Gore himself, who, acting as President of the Senate, reminded House members that they could not formally challenge the election without the support of at least one member from both the House and the Senate. Without support from the Senate, the objectors were forced to accept the allocation of Florida’s electoral votes.

In 2004, Sen. Barbara Boxer (D-CA) and Rep. Stephanie Tubbs Jones (D-OH) stopped the counting of electoral votes with a formal objection. Boxer said that while she did not aim to overturn President Bush’s victory, she felt the need to speak up after failing to act after the 2000 election. Boxer used her objection to “debate election irregularities” which allowed a handful of Democrats to call for every vote to be counted. Boxer remarked, “If we can help overturn an election in Ukraine, why can't we take a few minutes to debate our own election irregularities?”

Some Republicans spoke in opposition to the objection. Sen. Mike DeWine (R-OH) said the objection was based on “wild, incoherent, completely unsubstantiated charges.” DeWine continued, saying, “I find it almost impossible to believe that we're standing on the floor of the Senate discussing whether George Bush actually won the state of Ohio.”

No other Democratic senator voted in favor of Boxer’s objection, leading the motion to fail in the Senate by a 74-1 vote. Tubbs Jones’ objection in the House also failed by a 267 to 31 vote, despite the support of a group of Democratic House members.

In 2016, a tense electoral process saw some raise the possibility of faithless electors; the idea failed to gain necessary support, however, as some at the time predicted. On Jan. 6, several Democratic House members raised objections to the electoral vote count, citing voter suppression, among other things. However, as in 2000, the objectors were unable to gain the support from the Senate, dooming their efforts. Rep. Sheila Jackson Lee (D-TX) said that while she “would have rather the rules [been] broken in this instance, waived in this instance, so that we could speak not only to the American people but, more importantly, to our colleagues...We respect the officers of the institution.” On the lack of Senate support, Jackson Lee said, “I’m not offended by the fact that we did not, at this point, get a senator. But I do know we had individuals who were sympathetic.”

As in 2000, it was the outgoing Democratic Vice President, Joe Biden, who put a stop to election objections. Biden refused to allow additional House members to explain their objections, conclusively stating, “It is over.”

In 2020, a group of 14 Republican Senators and as many as 140 Republican House members announced their intention to object to the Electoral College votes of at least some states. Sen. Josh Hawley (R-MO) gave House Republicans’ objections legitimacy when he became the first senator to sign on to the effort on Dec. 30. Hawley’s announcement cited Democratic objections in 2004 and 2016, calling out some states’ alleged violation of “their own state election laws,” as well as Big Tech’s alleged interference in President-elect Joe Biden’s favor. Following Hawley’s announcement, Sen. Ted Cruz (TX) and 10 other senators said they would reject the electors from disputed states unless an “emergency 10-day audit” was conducted on the election results.

These plans were disrupted, however, when several Republicans dropped their objections following the breach of the Capitol building by members of the Trump-supporting Save America March. The loss of senators’ support doomed the objections made by Republican House members for every state except Pennsylvania and Arizona. Sen. Kelly Loeffler (R-GA) explained her reversal, saying, “I cannot now in good conscience object.”

The 2020 congressional Electoral College objections differed from the objections of 2000, 2004, and 2016 in both scale and presidential support. Never before—in modern history, at least—had formal objections to the electoral count been backed by so many members of Congress. Despite the last-minute changes, several Republican senators held their ground, giving significantly more backing to the 2020 objections than to those of any previous year. Never before had a president so fully supported efforts to overturn the outcome of an election. President Donald Trump spoke to a gathering of his supporters on the day of the vote, declaring, “We will stop the steal.”

As in 2000 and 2016, 2020’s vote relied on the authority of the vice president. In the week leading up to the vote, political attention and media coverage increasingly focused on Vice President Mike Pence, who was tasked with undertaking a largely ceremonial role that put him at odds with his former running mate. The day of the vote, Pence released a statement saying he did not have the authority to overturn the election in Trump’s favor, despite Trump saying otherwise. In the end, Pence announced the confirmation of Joe Biden’s victory at 3:40 a.m. Thursday morning.

As in 2004, the outcome of Wednesday’s vote largely depended on, quite simply, the votes of each member of Congress. The objection aiming to throw out Pennsylvania’s Electoral College votes failed 282-138 in the House and 92-7 in the Senate. The objection for Arizona failed by similar margins, thanks to unilateral Democratic opposition and a split Republican vote. This outcome was widely expected; analysts from across the spectrum agreed that despite continued and unsubstantiated claims of decisive election fraud, the confirmation of Joe Biden’s victory was almost inevitable.

Often, understanding political events like this one requires in-depth, objective analysis to understand accurately. That’s why it’s so important to get your news from a variety of sources, rather than relying on the limited perspective of one journalist or one news outlet. Get informed the right way by downloading the AllSides app and following our Balanced News Feed!

Joseph Ratliff is AllSides.com's Daily News Specialist. He had a Lean Left bias.