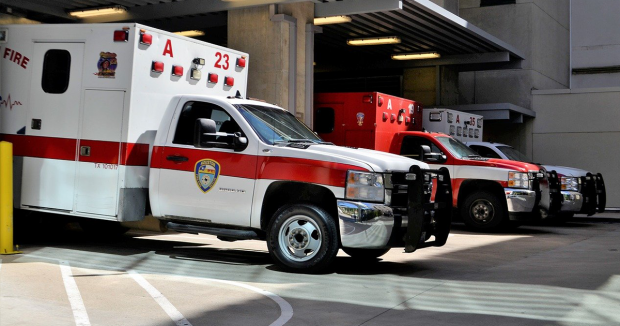 On June 12, the Department of Health and Human Services reversed an Obama-era rule regarding religious freedom and healthcare access for transgender individuals under the Affordable Care Act.

Sources rated as being on either side of the AllSides media bias spectrum reported on the news within days of the HHS decision, and did so in similar proportions. 64% of our “featured” left-rated news sources (14 of 22) reported on the decision within five days of the news (AllSides rates the bias of over 600 news outlets, writers and sources, but highlights roughly 50 popular sources as “featured”); 54% of featured right-rated news outlets (7 of 13) did the same in the same span, as did 89% of our featured center-rated news sources (8 of 9).

We only counted the outlets that published within five days of the June 12 decision. It should be noted that AllSides categorizes fewer right-rated reporting outlets as featured than left-rated ones. This is the main reason that proportions are used rather than raw number of outlets.

As one may expect, right-rated and left-rated outlets covered the decision from opposing points of view. Left-rated voices framed this as an attack on LGBTQ+ rights and as discrimination sanctioned by President Donald Trump and the Republican Party. Right-rated voices framed this as the Trump administration fighting to protect religious freedom for healthcare providers, with some painting the Obama-era rule as unjust and muddled.

Coverage from right-rated outlets was more likely to highlight conscientious objections that some healthcare providers have to abortion, and how the rule change would put that liberty back in the hands of healthcare workers. Many reports from right-rated outlets also described the HHS decision as one that returned a biology-based definition of sexual discrimination to federal healthcare mandates, replacing an Obama-era rule that purportedly redefined “sex,” as in “male” or “female,” to include “gender identity.”

Some coverage focused on criticisms of the transgender community’s definition of “gender,” pointing to objections from conservatives and alleged feminists who say certain pushes for transgender rights impede women's rights by including women born as biological men in women’s issues. Similar reports criticized progressives for supposedly seeking “the power to rewrite civic rules.”

Some mentioned protections that stayed in place for persons with disabilities and non-English speakers. However, they also mentioned that explanations of benefits letters in multiple languages will no longer be required by providers, and the Trump rule change regarding trans people being barred from enlisting in the military.

Overall, right-rated outlets framed the change as a win for religious liberty and science, while painting the Obama-era rule and its interpretations of “sex” and “gender” as unjust.

Coverage from left-rated sources often framed the decision as anti-trans discrimination, and a move by the Trump administration to narrow the definition of sex discrimination to exclude transgender individuals. Some focused specifically on the move's potential to allow healthcare providers to deny gender affirmation surgeries and basic healthcare needs to transgender people based on the provider's religious beliefs.

Many left-rated outlets mentioned the fact that the rule change occurred during National Pride Month, and specifically on the fourth anniversary of the Pulse nightclub massacre, a shooting at an LGBTQ+ oriented bar in Florida. Some also framed the decision in the context of the COVID-19 coronavirus pandemic, suggesting that transgender persons in need of medical care may not recieve it.

One analysis referred to the rule change, along with other rule changes regarding sexuality, as a “war on trans people.” This piece often referred to Republican-led states recently enacting or considering legislation to hinder trans rights including Idaho’s law barring individuals from changing their gender on birth certificates and South Carolina’s hearings regarding banning transition care for minors. Some reports from left-rated media framed the move as one to appeal to Trump’s religious base while destroying anti-discrimination policies.

Overall, left-rated outlets framed the rule change as a loss for transgender rights and societal equality, while painting the decision as reflective of the current administration and ruling party’s purported lack of respect for the LGBTQ+ community.

At the root of the difference in reporting likely lies the philosophical differences between left and right on this issue.

The right side of the spectrum often views gender as not being based on personal feelings, instead linking it to biology. Many on the right say treating biological males who identify as women (and vice versa) according to their gender identity rather than their biological sex could lead to improper healthcare decisions, and they object to federal requirements that would punish doctors who refuse to agree that biological females can become males, and vice versa. They often object to allowing people to legally force others to agree that they have become or even can become the opposite biological sex. They believe it is wrong to erase the distinction between male and female because it would allow biological men to compete in women’s sports competitions, win women’s scholarships, and enter traditionally women’s spaces, such as showers.

The left side of the argument, on the other hand, often believes gender is a spectrum and not tied to biology, that it is based on your internal sense of being male or female, and that individuals who feel they have been born in the wrong body are entitled to healthcare based on how they feel and identify. They believe it is wrong to legally allow doctors to deny care to people who have determined their internal sense of their gender is different than their biological body; many believe doctors serve a role in society that should inherently treat all people equally.

If only reading left-rated or right-rated media, one could be convinced of a certain viewpoint without ever considering the other side of the argument. Reading about an issue such as this, when a federal decision seemingly pits the rights of one group against another, is a task that could easily — sometimes misleadingly — shape the reader’s perception of a certain culture or demographic.

This is what makes AllSides so important. Journalists should be trusted, impartial sources of comprehensive information, but media bias often impedes that. Getting multiple perspectives and defeating biased filter bubbles is the only way to ensure you get a broad understanding of an issue and consider the whole picture.

Hirsh Joshi curates news and conducts research as part of the AllSides news team. He has a Left bias.
This piece was reviewed, edited and expanded on by Managing Editor Henry A. Brechter (Center bias), News Editor Micaela Ricaforte (Center bias) and Director of Marketing Julie Mastrine (Lean Right bias).