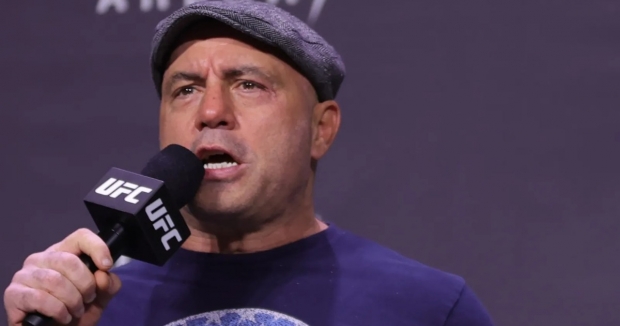 Joe Rogan and Whoopi Goldberg each sparked significant criticism this week for comments and content about hot-button issues.

Musician Neil Young and other artists pulled their content from streaming platform Spotify over the past week in objection to purported COVID-19 misinformation on Rogan's popular podcast. In response, Spotify added a COVID-19 info hub to its platform. Rogan said he was "very happy" with Spotify's addition and expressed an intention to host more guests with different opinions, while also saying some people hold a "distorted" view of what he does.

On Tuesday, ABC News suspended "The View" host Whoopi Goldberg for two weeks after she said the Holocaust was "not about race," but about "man's inhumanity to other man" and that it involved "two white groups of people." Goldberg later apologized for the comments, saying she "stands corrected" and that "she should have said [the Holocaust] is about both" race and inhumanity.

Left- and center-rated sources focused more on Rogan; right-rated outlets highlighted Goldberg more. Coverage from the left and center tends to frame Rogan as controversial and his podcast as problematic and potentially dangerous to public health. Coverage from the right usually frames efforts to censor or boycott Rogan as unjustified cancel culture. While many voices across the spectrum criticized Goldberg's remarks, at least one voice from the right called the suspension "illiberal."

"Spotify can’t afford to ostracize Rogan or his audience. The company specifically licensed his show with the goal of both converting listeners to the platform and making money through ad sales."

"Because the Holocaust has become synonymous with generalized, total evil, people tend to downplay fascist violence that’s not generalized and total. Many people — even very knowledgeable people — are reluctant to say former President Donald Trump is a fascist because he didn’t seek to impose total social control domestically or globally."

"A growing number of musicians have recently announced they are removing their music from Spotify over COVID-19 misinformation on Joe Rogan's podcast. They join Neil Young, who last week became the first high-profile artist to boycott Spotify because of content moderation issues."

"News of Goldberg's suspension sparked debate among the star's supporters and detractors alike, with some supporting the move, others saying the punishment was not necessary, and some demanding she lose her job permanently...Late Tuesday, ABC News President Kim Godwin released a statement, in which she announced that Goldberg would not be on the show for the next two weeks, after being asked to "take time to reflect and learn' about her comments."

"Maybe I'm naive. Maybe I should have known. Maybe all we ever want is to hear ourselves talk. Maybe all we've ever wanted is to make those that disagree with us shut up. But I can't believe how many celebrities, how many government figures, how many Americans are openly begging for censorship."

"So what’s the infraction? Once again, it seems that Goldberg’s only crime was 'being wrong in public' — an eventuality that is all-but guaranteed to arise when we televise spontaneous political debate. Why have such productions if we intend to police them like this?"