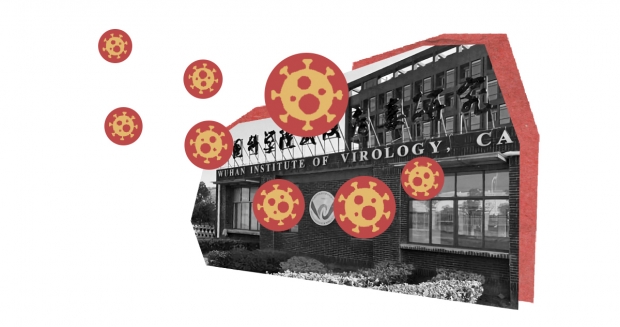 This is the first installment of our series on 2021’s Major Facts and Media Myths.

The theory that COVID-19 began with a leak from a Chinese laboratory has been one of the year’s most confusing and controversial media narratives.

Let’s break down the media coverage and dominant opinions around the theory, and highlight the main facts and myths to be aware of.

Almost immediately after the COVID-19 pandemic began, people speculated about how it started. Most of this focused on China, where the pandemic began, and specifically on the city of Wuhan.

As early as January 2020, reports of safety concerns and a history of transparency issues at the Wuhan Institute of Virology (WIV) began fueling rumors of a possible lab leak, since the lab dealt heavily with coronavirus studies and experiments. Some coverage took it a step further, quoting sources who suggested that the virus could possibly be linked to China’s biowarfare program (At least one of those articles has since been updated to include more skeptical reporting).

President Donald Trump, who at the time was offering daily press briefings and tweeting multiple times per day to roughly 70 million Twitter followers, became one of the theory’s main proponents. He at one point said that he’d seen evidence to suggest the virus leaked from the Chinese lab, but also said he wasn’t allowed to go into detail.

From the beginning, many scientists and global investigators said that COVID-19 almost certainly originated naturally, and shows no evidence of being man-made or genetically engineered.

The much greater divide is on whether the pandemic began with a lab accident at WIV. Some health authorities, such as former CDC Director Robert Redfield, see that as plausible and even probable based on circumstantial evidence. Others, such as infectious disease expert Anthony Fauci, think a natural jump from animals to humans is far more likely.

What Scientists Have Said

At first, many scientists leaned away from the lab leak theory and toward the “natural spillover” theory that has been seen with other pandemics and viruses. In February 2020, 27 scientists signed a letter in a peer-reviewed medical journal, The Lancet, saying they “stand together to strongly condemn conspiracy theories suggesting that COVID-19 does not have a natural origin.”

But as more information emerged and no hard evidence of how COVID-19 was uncovered, some scientists changed their tune. Another letter published in The Lancet in September 2021, signed by 16 more scientists, said “there is no direct support for the natural origin of SARS-CoV-2, and a laboratory-related accident is plausible.”

A report from evolutionary biologist Michael Worobley in November 2021 argued that the first case of COVID-19 was detected in a vendor at the animal market in Wuhan, and concluded that the market’s “western section where raccoon dogs were caged provides strong evidence of a live-animal market origin of the pandemic.” The World Health Organization (WHO) had previously reported that the first person thought to have contracted COVID-19 was an accountant in Wuhan who had no connection to the market.

Richard Ebright, a molecular biologist and one of the scientists who signed the Sept. 2021 letter, has maintained since early in the pandemic that the lab leak theory is plausible, and has pointed to subpar safety protocols at WIV as a reason the theory can’t be ruled out. He has also accused Dr. Anthony Fauci and other federal health officials of lying about the extent of U.S. coronavirus research and experiments at WIV.

What The Left Has Said

At first, many major media outlets on the left and center reported that the theory was a false conspiracy.

Major influential news sources such as the Associated Press's politics section (Lean Left bias), the New York Times (Lean Left) and the Washington Post (Lean Left) described the entire theory of a lab leak, either accidental or intentional, as “debunked” based on available research and expert opinions at the time.

Amid dismissal of the theory from prominent mainstream media outlets and some scientists, Facebook temporarily censored conversation about the theory and took down posts that discussed it. Some media voices said the theory was racist and accused former President Donald Trump of advancing anti-Asian sentiments by purportedly spreading the theory without sufficient evidence.

Months later, amid ongoing investigations into COVID-19’s origins and lack of consensus from experts, some media outlets have issued corrections and changed their framing, and Facebook reversed its policy.

Most left- and center-rated outlets still report on the theory as if it is highly unlikely. When reporting on the theory, these sources usually focus on quoting experts who cast doubt on it. Some outlets have yet to update reports that described the theory as a false or debunked conspiracy.

What The Right Has Said

From the beginning, right-rated media treated the theory as probable.

Many echoed claims from the Trump administration and some scientists and health experts that China, either accidentally or intentionally, released COVID-19 and ignited a global pandemic. Many believe that, at best, the virus escaped from the lab accidentally. But at worst, they said, China intentionally released the virus as some sort of bioweapon. Arguments in favor of that intentional bioweapon theory have mostly faded away since.

As the evidence has evolved, right-rated outlets have continued to cover the story prominently. Many give the accidental lab leak theory weight equal to or greater than other hypotheses. Some argue that China deserves at least some blame for the millions of deaths and trillions of dollars lost in global economies, even in the absence of hard evidence.

After it was revealed in October that U.S.-funded researchers at WIV failed to report the findings of their coronavirus experiments, which involved attempting to make the viruses more infectious, many right-rated outlets and elsewhere reported on the theory even more confidently.

Some disaffected liberals, such as writer Glenn Greenwald (Center bias), also focus on criticizing Peter Daszak, president of the EcoHealth Alliance, the group that received the U.S. grants to do coronavirus research and then failed to report the results. Daszak was one of the 27 people who signed the original Lancet letter in February 2020, leading Greenwald to question his credibility and media outlets that cite him as a source when covering the leak, such as the New York Times (Lean Left bias).

Coverage and perspectives from the right often sharply criticize how health officials and the mainstream media treated the theory, accusing them of being blindly biased against Trump or in favor of Biden/China.

In response to Worobley’s patient-zero report on the Wuhan animal market, some on the right argued that the fact that the initial COVID-19 cases could be traced to one general region actually points “to the market being a key early spreading event, but not the first.”

Is It True or False?

At this point, it remains unknown how the COVID-19 pandemic began — whether it happened naturally or accidentally leaked from the Wuhan Institute of Virology.

There is no hard evidence for any of the theories mentioned above. However, there is circumstantial evidence, both for the natural animal-to-human spillover theory and for the accidental lab leak theory.

For the lab leak theory: Online data sets from the WIV disappeared for over a year before being reuploaded; coronavirus researchers in China violated the terms of a U.S. grant by not reporting all of the findings from their experiments; and three WIV researchers were hospitalized with COVID-like symptoms in November 2019.

Despite consensus from U.S. health officials, many scientists, journalists and other health experts say the natural animal-to-human transmission theory is more likely. There’s not yet been definitive evidence of that in the case of COVID-19, but there is plenty of historical precedent for viruses jumping from animals to humans, as well as Worobley’s November report.

There is no evidence that the virus was man-made or genetically engineered as a bioweapon. U.S. intelligence agencies were unanimous in saying "the virus was not a biological weapon, and that Chinese officials did not have foreknowledge of the virus before the first outbreak."

In May 2021, President Biden called on U.S. intelligence to formally investigate COVID-19’s origins. The report says that the pandemic "probably emerged and infected humans through an initial small-scale exposure," but that an accidental lab leak or genetic engineering isn't entirely ruled out.

In recent months, investigators have reportedly lost confidence that they’ll reach a definitive conclusion. The FBI is the lone U.S. intelligence agency to support the lab leak theory. According to a declassified report, the agency concluded with “moderate confidence” that the pandemic began with a “laboratory accident.”

Republicans have continued calls to probe the Chinese government, which many of them accuse of being shady and uncooperative.

As of this writing, the public still lacks a definitive conclusion on COVID-19’s origins.

Email us (feedback@allsides.com) with suggestions of stories to highlight in this series! Next, we'll break down the claim that the 2020 election was "stolen."