What Will the Supreme Court Say About Biden's Loan Forgiveness Plan?

After two federal appeals courts denied bids by the Biden administration to push its $400 billion student loan forgiveness plan through multiple legal challenges, the Supreme Court is set to hear arguments on the plan in February.

For Context: The court said it will hear oral arguments from both sides before issuing a final ruling, likely at the end of its current term in June. Justice Amy Coney Barrett had already turned down two requests to block the program entirely. In a short unsigned order issued Thursday, the court declined to lift the appeals court’s ruling but agreed to fast-track the case, per the administration's request. Last week, President Joe Biden announced that the pause on federal student loan payments would again be extended, this time until June.

Key Quotes: White House press secretary Karine Jean-Pierre said the administration welcomes "the Supreme Court’s decision to hear the case," and that the program is "legal" and "supported by careful analysis from administration lawyers."

How the Media Covered It: Sources across the spectrum seem to agree that it's unclear how the court will eventually rule on the program. Left-rated news sources often focused more on how the legal fight is affecting student loan borrowers; right-rated outlets tended to focus more on legal arguments against the plan. CNN said the administration was "dealt another setback" regarding the plan. A writer for The Federalist argued that oral arguments over the case "seem likely to prove embarrassing to the Biden administration."

The Supreme Court will decide whether the Biden administration acted lawlessly when it authorized the cancellation of hundreds of billions of dollars in student loans. The high court announced on Thursday that it would expedite an appeal brought by the Biden administration challenging a lower court’s injunction freezing its loan “forgiveness” program, promising a hearing in February on the issues.

Until then, the Supreme Court will let stand the injunction the Eighth Circuit issued in Nebraska v. Biden. That injunction prevents the Biden administration from cancelling student loans of up to...

Open on The Federalist 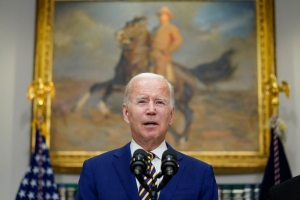 The 5th US Circuit Court of Appeals ruled Wednesday night that it would not pause a ruling from a Texas judge striking down the policy while an appeal of the ruling played out.

The move sets the stage for the US Justice Department to take the case to the US Supreme Court, which is already considering a separate request from the Biden administration that it reverse an order from...

Court will review legality of Biden’s student-debt relief, but plan remains on hold for now
SCOTUSblog 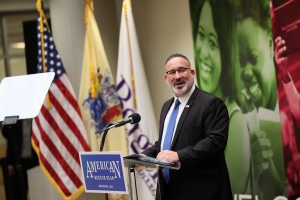 The Supreme Court will fast-track a challenge to the Biden administration’s student-debt relief program and hear oral argument in February, the court said Thursday. The $400 billion program will remain on hold in the meantime due to lower-court rulings that have blocked the government from implementing it.

Justice Amy Coney Barrett, acting alone, had turned down two earlier requests from opponents of the program to block it without even seeking a response from the Biden administration. But after a federal appeals court in Missouri put the program on hold last...

News and Information about Supreme Court
Go ad-free! Support AllSides.
About these ads