On Thursday, Senate Republicans proposed a $568 billion infrastructure plan that was met with skepticism by a number of Democrats who view the package as insufficient for the economy’s needs and as an unfair burden on middle-class taxpayers.

The Republican counter proposal, which is roughly one-quarter the size of the Democratic bill, focuses on what the party considers “traditional” infrastructure, with the lion’s share of proposed funding going toward roads, bridges, airports and ports. Senator Shelley Moore Capito (R-W.V), the leader of the group that created the bill, indicated that she hopes the proposal will serve as a starting point for negotiations with the Democrats. 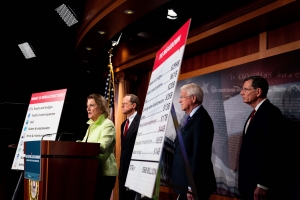 Working to avoid being cut out of the process, they presented a $568 billion blueprint that is a fraction of the size of President Biden’s proposal.

Senate Republicans on Thursday offered a $568 billion counterproposal to President Biden’s $2.3 trillion infrastructure plan, laying out a marker they hoped would kick-start bipartisan negotiations to vastly scale back the president’s plan and do away with the corporate tax increases he is eyeing to pay for it.

But while the White House welcomed the outline as a positive step, there was little sign... 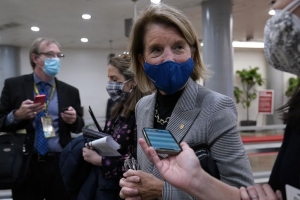 Senate Republicans on Thursday called for spending upward of $568 billion to rebuild the nation’s roads and bridges, in sharp contrast to the $2.25 trillion desired by President Biden.

Notably, the plan is heavy on “real” infrastructure compared to the proposal offered by Mr. Biden, Republican senators said.

The proposal calls for spending $299 billion over five years on upgrading roads and bridges. It also includes $61 billion for public transit systems, $20 billion for rail programs such as Amtrak, and $44 billion for airport upgrades.

Read full story
Some content from this outlet may be limited or behind a paywall.
See full media bias rating for Washington Times
From the Left
3134
General News
Senate Republicans propose $568 billion infrastructure plan to counter Biden
USA TODAY 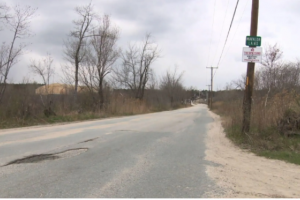 Republicans have slammed Biden's proposals for $400 billion to boost caregiving for the elderly and disabled, $174 billion...