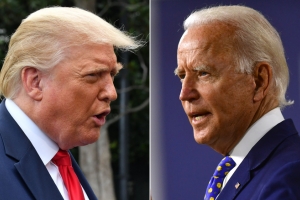 What's worse: no presidential debate at all or separate and unequal events staged at exactly the same time with a media outlet putting both thumbs on the scale to favor one candidate over the other?

We will probably find out Thursday night. NBC's recent decision to stage a town hall with President Donald Trump at the exact time of the already scheduled town hall on ABC with Joe Biden is the latest example of a media organization ignoring the best interests of the voting public in favor of its own.
... 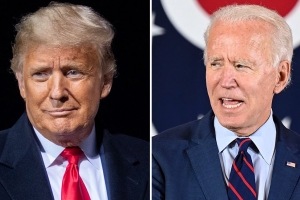 President Trump and Democratic presidential nominee Joe Biden will compete for the attention of millions of Americans on Thursday night in dueling televised town halls, with Trump’s representing one of his few remaining opportunities to make his case to voters ahead of Election Day.

The competing town halls will be held in lieu of the second presidential debate, which was scrapped last week after Trump objected to plans — put in place over concerns about the coronavirus pandemic and the president’s personal battle with COVID-19 — to hold the event... 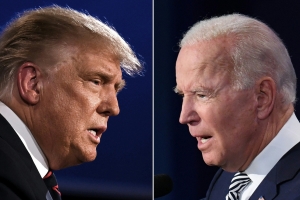 The second presidential debate may be canceled, but there will still be plenty of political fireworks on Thursday night.

Biden will participate in a 90-minute Philadelphia town hall moderated by ABC News chief anchor George Stephanopoulos, which has been scheduled since last week.

But NBC dropped a bombshell on Wednesday, announcing that Trump will also field questions from voters...

Many Americans are clinging to the idea that if Joe Biden wins the presidential election, calm can return to a nation riven by protests and rattled by...