According to anonymous sources cited by CNN, the federal investigation of Hunter Biden's business activities is "nearing a critical juncture as investigators weigh possible charges."

The probe, which began in 2018, mainly concerns Hunter Biden's foreign business dealings while his father, President Joe Biden, served as vice president under former President Barack Obama. Prosecutors are reportedly evaluating potential tax violations and instances of money laundering, as well as whether Biden made a false statement regarding his purchase of a firearm when he would have been prevented from doing so because of his struggles with addiction. The CNN report also said prosecutors are confronting "Justice Department guidelines to generally avoid bringing politically sensitive cases close to an election."

Coverage across the spectrum framed the probe as an issue for the Biden administration. Right-rated outlets have focused on the investigation much more than left- and center-rated sources. Many on the right frame Hunter Biden as a criminal; suggest that his father was aware of his son's business dealings despite his denials of that allegation; highlight voices who accuse the Biden's of corruption; and criticize mainstream media outlets for purportedly downplaying the probe for political reasons. 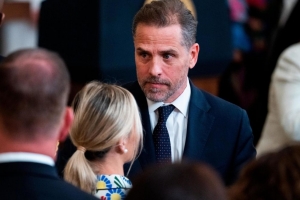 The federal investigation into Hunter Biden's business activities is nearing a critical juncture as investigators weigh possible charges and prosecutors confront Justice Department guidelines to generally avoid bringing politically sensitive cases close to an election, according to people briefed on the matter.

While no final decision has been made on whether to bring charges against President Joe Biden's son, sources say the probe has intensified in recent months along with discussions among Delaware-based prosecutors, investigators running the probe and officials at Justice Department headquarters. 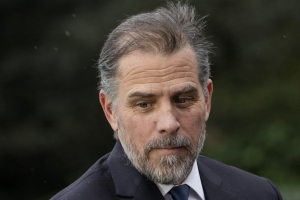 Unnamed sources mentioned by CNN told the news channel that prosecutors are considering charges in relation to alleged tax violations and a possibly false statement made during the purchase of a firearm.

Prosecutors also have to consider Justice Department guidelines around the handling of politically sensitive cases close to an election because the midterms are approaching, according to CNN. An unwritten rule says that such cases shouldn't be brought within 60 days of...

Read full story
Some content from this outlet may be limited or behind a paywall.
See full media bias rating for Newsweek
From the Right
5068
Justice
Hunter Biden probe is reaching critical stage: Report
Washington Times 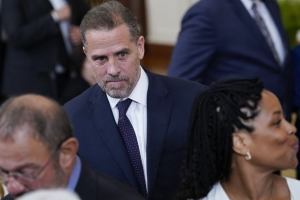 A federal investigation into President Biden’s son Hunter is reportedly reaching a critical stage as prosecutors weigh whether to bring charges ahead of the midterm elections.

The Department of Justice is discussing the case with Delaware-based prosecutors and consulting guidelines around politically sensitive cases, according to CNN, which cited people familiar with the talks.

Talks about charges have centered on potential tax violations and making a false statement regarding Hunter Biden’s purchase of a firearm when he would have been prevented from doing so because of his struggles with drug addiction, the report said.