A number of mainstream media outlets have released reports that authenticate some of the key details regarding the Hunter Biden laptop story.

The Washington Post (Lean Left bias) confirmed that executives from the CEFC energy company that's tied to the Chinese Communist Party "paid $4.8 million to entities controlled by Hunter Biden and his uncle," citing "emails contained on a copy of a laptop hard drive that purportedly once belonged to Hunter Biden." The Justice Department's federal tax investigation into Hunter Biden continues to develop as prosecutors sift through his finances and previous business endeavors. The New York Post (Lean Right bias) first published a story on Biden's emails in Oct. 2020, and the story was subject to some censorship by social media platforms and tech companies. The New York Times (Lean Left bias) also recently acknowledged the authenticity of the emails after casting doubt on the report as recently as last September. Communications director Kate Bedingfield confirmed Thursday that the White House continues to "stand by" President Biden's claim that his son didn't make money from unethical foreign business deals.

Some left-rated outlets such as Vox (Left bias) downplay the relevance of the Hunter Biden laptop story to Joe Biden's presidential election, emphasizing that "the real objection from conservatives is that they didn’t get the narrative they liked out of the mainstream media." The Daily Wire (Right bias) and other right-rated outlets were more likely to highlight how Joe Biden said "nothing was unethical" about Hunter’s business dealings with China during a 2020 debate with former President Donald Trump. 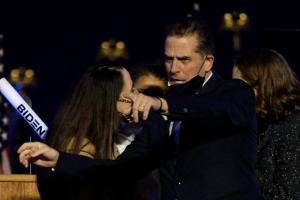 On Wednesday, the Washington Post published two articles confirming key details of the Hunter Biden laptop story. Their inquiry into the matter comes just a year and a half after the existence of the laptop and its contents was first reported by the New York Post, and after the authenticity of the emails found on the laptop had been confirmed by most of the paper’s competitors.

The first of the twin Washington Post articles stated that “two experts confirm the veracity of thousands of emails,” while the second explains how the emails shed light on a lucrative deal with CEFC China Energy...

Read full story
Some content from this outlet may be limited or behind a paywall.
See full media bias rating for National Review
From the Left
1737
China
Inside Hunter Biden’s multimillion-dollar deals with a Chinese energy company
Washington Post 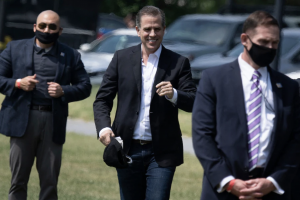 The deal was years in the making, the culmination of forging contacts, hosting dinners, of flights to and from China. But on Aug. 2, 2017, signatures were quickly affixed, one from Hunter Biden, the other from a Chinese executive named Gongwen Dong.

Within days, a new Cathay Bank account was created. Within a week, millions of dollars started to change hands.

Within a year, it would all begin to collapse.

While many aspects of Hunter Biden’s financial arrangement with CEFC China Energy have been previously reported and were included in...

Read full story
Some content from this outlet may be limited or behind a paywall.
See full media bias rating for Washington Post
From the Center
1737
China
Biden’s ‘absolute’ defense of Hunter leaves media and Justice Department in a muddle
The Hill 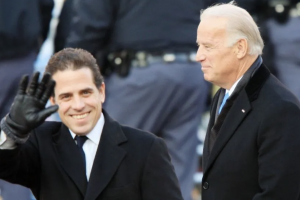 “We absolutely stand by the president’s comment.” With those words, White House communications director Kate Bedingfield reaffirmed that President Biden maintains his son Hunter Biden did “nothing [that] was unethical” and never “made money” in China.

Those claims appear demonstrably false — and they make the positions of both the media and Attorney General Merrick Garland absolutely untenable.

For the media, the ongoing investigation of Hunter Biden by U.S. Attorney David Weiss in Delaware has presented a growing danger of self-indictment over its prior coverage (or noncoverage). Weiss has called a long line of witnesses before a...