The Capitol Police officer who fatally shot Ashli Babbitt during the Jan. 6 Capitol riot acted lawfully and “potentially saved Members and staff from serious injury and possible death,” U.S. Capitol Police said Monday. “USCP's Office of Professional Responsibility (OPR) determined the officer's conduct was lawful and within Department policy, which says an officer may use deadly force only when the officer reasonably believes that action is in the defense of human life,” the department said. USCP did not release the name of the officer, who had received “numerous credible and specific threats.”

Coverage was generally balanced, with coverage across the spectrum mentioning that Babbitt was an Air Force veteran. Coverage in some right-rated outlets focused more on Babbitt by including photos of her and discussing her family’s plan to sue the officer who shot her. 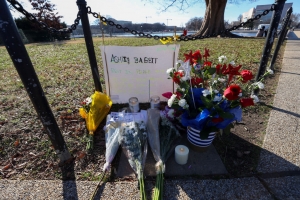 The Capitol Police officer who shot and killed Trump supporter Ashli Babbitt as a mob stormed the U.S. Capitol on Jan. 6 will not be disciplined after an internal investigation found no wrongdoing, the department said Monday.

A review “determined the officer’s conduct was lawful and within Department policy,” the Capitol Police said in a statement. The department said an officer can use deadly force if they “reasonably” believe it is “in the defense of human life” or “of any person in immediate danger of serious physical injury.”

Read full story
Some content from this outlet may be limited or behind a paywall.
See full media bias rating for CNBC
From the Right
350
Violence in America
Capitol Police Officer Who Killed Ashli Babbitt Will Not Be Disciplined, Department Says
National Review 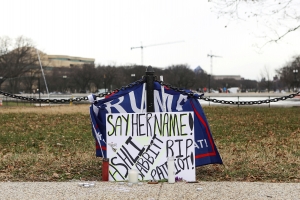 Cellphone videos of the January 6 siege show 35-year-old Babbitt and other rioters forcing their way inside the Capitol to barricaded doors leading to the Speaker’s Lobby — the hallway outside the House chamber where a number of lawmakers were sheltering during the riots. The group attempted to take down the doors with a helmet, their feet and a flagpole. A...

Read full story
Some content from this outlet may be limited or behind a paywall.
See full media bias rating for National Review
From the Left
350
Violence in America
Capitol Police officer exonerated in Ashli Babbitt shooting on Jan. 6
ABC News (Online) 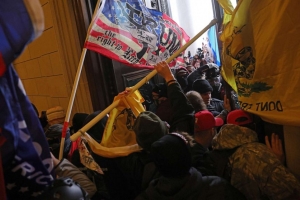 The United States Capitol Police Office of Professional Responsibility has cleared the officer involved in the shooting of Ashli Babbitt, U.S. Capitol Police announced in a press release on Monday, saying that officer "will not be facing internal discipline."

An internal investigation found the actions of the officer were "lawful and within Department policy," it said.