In announcing the ban, Biden said the U.S. "will not be part of subsidizing Putin’s war." Biden acknowledged how the move may lead to even higher energy costs for people in the U.S., and added that the Russia-Ukraine conflict is a reminder of America's "need to become energy independent" and "should motivate us to accelerate a transition to clean energy." Separately, a bipartisan group of lawmakers unveiled a deal on Monday to ban energy imports from Russia and suspend normal trade relations with Russia and Belarus. The average price of a gallon of gas in the U.S. hit a record high on Tuesday, and oil prices also hit a 14-year-high.

Voices on all sides have been questioning U.S. dependence on Russian oil since the invasion began, and sources across the spectrum analyzed how Biden's announcement may worsen already-high energy costs for U.S. consumers. Right-rated sources often highlighted Biden's previous stances against increasing U.S. oil production as a reason for high energy costs. Some coverage from left-rated outlets suggested that Biden waited to announce the ban due to fear that the move would raise energy costs for Americans.

See Today’s News »   More Headline Roundups »
From the Center
340
Energy
Biden on Russian oil import ban: "We will not be part of subsidizing Putin's war"
Axios 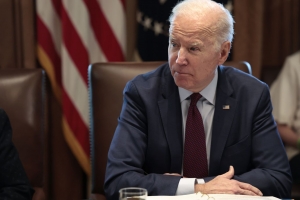 President Biden announced Tuesday that the U.S. will ban all imports of Russian oil, natural gas and coal in response to Vladimir Putin's invasion of Ukraine.

What he's saying: "We will not be part of subsidizing Putin’s war," Biden said. "The American people will deal another powerful blow to Putin's war machine."

Biden acknowledged that the decision "is not without costs here at home."

"I'm going to do everything I can to minimize Putin's [gas] price hikes" in the U.S., the president said.

"This crisis is a stark reminder that... 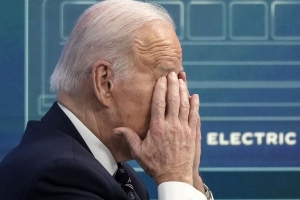 President Joe Biden on Tuesday announced a ban on the U.S. import Russian oil and natural gas, declaring that he is “targeting the main artery of Russia’s economy.”

“Russian oil will no longer be accepted at U.S. ports,” the president said in remarks at the White House. “We will not be part of subsidizing Putin’s war.”

The president said his decision comes after consulting with European allies, although he said some are not able to join the U.S. in banning Russian oil. Still, the European Commission (E.U.) said it plans to...

Read full story
Some content from this outlet may be limited or behind a paywall.
See full media bias rating for The Daily Wire
From the Left
340
Energy
Biden Administration Bans Russian Oil Imports
HuffPost 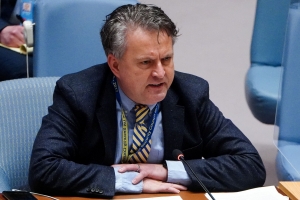 The U.S. has banned imports of Russian oil, President Joe Biden announced Tuesday, in a major escalation of economic sanctions intended to punish Russian President Vladimir Putin for his war in Ukraine.

Oil had been omitted from earlier sanctions to shield consumers from higher fuel costs, but with gas prices surging anyway and Congress likely to force the issue, Biden made the surprise announcement at the White House on Tuesday.

“We’re banning all imports of Russian oil and gas and energy,” Biden said. “That means Russian oil will no longer...