A bipartisan group of lawmakers announced a deal to ban energy imports from Russia on Monday.

The deal would also call for a suspension of normal trade relations with Russia and Belarus. Despite the deal’s support in Congress, White House press secretary Jen Psaki said Monday that President Joe Biden had not yet decided whether to support a ban on Russian oil, adding, “Those discussions are ongoing internally and with our counterparts and with our partners in Europe and around the world.” Oil prices temporarily peaked at $139 per barrel on Monday, fueling what many called Wall Street’s worst day since 2020. Facing fears of even greater price increases, the Biden administration has sought alternative sources of oil, including from Saudi Arabia and Venezuela. Meanwhile, Ukrainian President Volodymyr Zelenskyy called for a boycott on exports to Russia on Monday, adding, “if they do not adhere to civilized rules, then they should not receive goods and services from civilization. Let the war feed them.”

Coverage was widespread across the spectrum on Monday, including the bipartisan deal, the broader debate around banning Russian oil imports, and the impact of high oil prices on the economy. Coverage of the bipartisan deal was somewhat more common on the left and center than on the right. 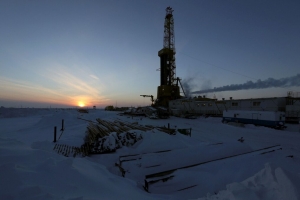 A bipartisan group of lawmakers said on Monday that they would move forward with legislation that would ban imports of Russian energy into the United States and suspend normal trade relations with Russia and Belarus in response to the invasion of Ukraine.

The legislation is aimed at inflicting further financial pain on Russia and Belarus, which has been aiding the conflict, by cutting off Russia’s oil exports into the United States and giving President Biden the ability to increase tariffs on products from both countries.

Read full story
Some content from this outlet may be limited or behind a paywall.
See full media bias rating for New York Times (News)
From the Center
1184
Politics
Bipartisan group of lawmakers pushes not just for ban on Russian oil, but broad trade halt
MarketWatch 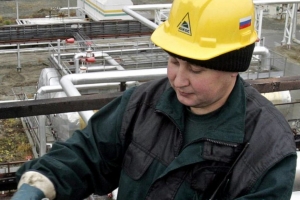 Washington’s efforts to punish Russia for its invasion of Ukraine continued to ramp up Monday, as a bipartisan group of lawmakers announced an agreement on a “legislative path forward to ban the import of energy products from Russia and to suspend normal trade relations with both Russia and Belarus.”

The Biden administration is considering a possible ban of oil imports from Russia to the United States, but "no decision has been made at this time," an administration official told Fox News.

Secretary of State Antony Blinken said Sunday that the administration is speaking with partners and allies "to look, in a coordinated way, at the prospect of banning the import of Russian oil, while making sure there is still an appropriate supply of oil on world markets."