The Supreme Court ruled Thursday that the Biden administration can end the Trump-era "Migrant Protection Protocols" policy, better known as the "Remain in Mexico" program.

The rule required asylum seekers to wait in Mexico while their cases are processed. In a 5-4 ruling authored by conservative Chief Justice John Roberts, the court overturned a lower court's decision requiring the Biden administration to restart the policy. Prior to the policy, people fleeing violence were generally allowed to cross the border and apply for asylum within the U.S. Under Trump, roughly 70,000 asylum-seekers were returned to Mexico.

Left-rated voices often celebrated the decision as a win for more humane immigration policy. Left-rated news sources also highlighted calls for an end to Title 42, the COVID-19 era public health policy that allows border authorities to expel unauthorized migrants. Right-rated voices typically criticized the decision and argued that it would intensify the already-high number of unauthorized migrants at the southern border. Some reports from right-rated outlets framed the recent migrant tragedy in Texas as evidence of why stricter border regulations are needed. 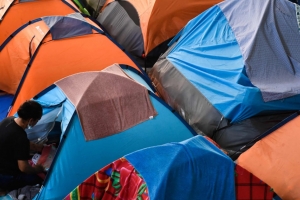 President Joe Biden secured a victory to end one policy that keeps migrants in Mexico while they awaited their asylum court hearing. Now, the administration could move to end another Trump-era immigration policy.

The Supreme Court’s ruling that allows the Biden administration to end the Migrant Protection Protocols, also known as “Remain in Mexico,” could make legal injunctions on other immigration cases illegal, some legal experts are arguing.

Title 42, a public health order issued by the Trump administration, allows Customs and Border Protection to expel migrants to Mexico or back to their home countries to...

Read full story
Some content from this outlet may be limited or behind a paywall.
See full media bias rating for USA TODAY
From the Center
317
Immigration
Supreme Court overturns Trump-era border policy
NewsNation 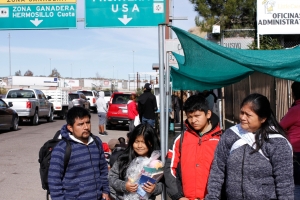 The Supreme Court ruled the Biden administration can terminate the Trump administration’s “Migrant Protection Protocols,” also known as the “Remain in Mexico” program, which required asylum seekers at the U.S. border to wait in Mexico while their cases are processed.

The justices, in a 5-4 ruling authored by Chief Justice John Roberts, overturned a federal appeals court decision requiring the Biden administration to restart the policy after the Republican-led states sued to maintain the program.

Former President Donald Trump instituted the policy in 2019 to deter migrants from applying for... 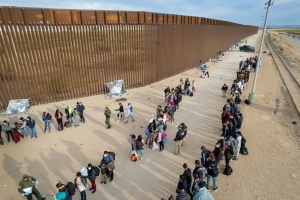 The U.S. Supreme Court sided with President Joe Biden on Thursday as he seeks to end a hardline immigration policy begun under his predecessor Donald Trump that forced tens of thousands of migrants to stay in Mexico to await U.S. hearings on their asylum claims.

The justices, in a 5-4 ruling authored by Chief Justice John Roberts, overturned a federal appeals court decision requiring Biden to restart Trump's "remain in Mexico" policy after the Republican-led states of Texas and Missouri sued to maintain the program. The ruling is a victory for Biden, who...