Housing and Urban Development Secretary Ben Carson announced plans to roll back an Obama-era fair housing rule which required local governments that received HUD funding to assess and break down discriminatory barriers in housing markets. Supporters say the original regulation overburdened communities and impeded the production of affordable housing, while critics argue that the changes will further segregate areas. 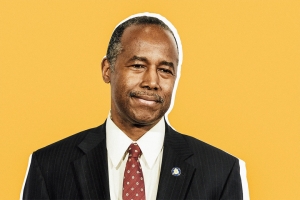 Back to the drawing board after quashing a signature Obama achievement.

The HUD Secretary wants to revise Obama-era housing regulations he says do too little to address the real drivers of housing costs.

A home aimed at helping the low-income transgender and gender non-conforming community in San Francisco has opened its doors. The Trans Home on Washington...

FEMA trailers — the kind of shelter that’s deployed when hurricanes and wildfires leave people stranded — could soon be put to use for a different disaster:...

For months, the wooden frame rising at 88th and Vermont stood as a constant reminder of the unfulfilled promise of Proposition HHH, the $1.2-billion bond for...

The Mobile Police Department in Alabama issued an apology after a Facebook post went viral showing two of its officers posing for a photo next to a “homeless...

Q&A: Search for answers to ‘the moral question of our day’ in California

As the state seeks solutions to homelessness and affordable housing, Assemblyman David Chiu has emerged as a key figure. “We have to think differently,” he...

“They Painted Over Problems”: How Residents of One Affordable Housing Complex Went From Hope to...

CHICAGO — Two decades ago, the Chicago Community Development Corp. rescued a run-down affordable housing apartment complex from the verge of foreclosure and...

The United States Supreme Court will not take up Boise’s appeal in the case of Martin v. Boise, which addresses whether the city can ticket homeless people for...

Separated by Design: Why Affordable Housing Is Built in Areas With High Crime, Few Jobs and...

HARTFORD, Conn. — The moon pulls 6-year-old Romeo Lugo to the window at night. The autistic child loves to gaze up at it, howling like a werewolf as it...

Last week, it was reported that “Los Angeles County’s homeless population has swelled by 12% during the past year as a shortage of affordable housing deepens...

The Flip Side
Housing & Homelessness

California's homeless population keeps skyrocketing, and so has the number of bills aiming at solving the homelessness problem. Last week, Gov. Gavin Newsom...

President Trump said Saturday that his willingness to combat homelessness in California and New York depends on whether their governors ask him “politely” for...

The Office of California Gov. Gavin Newsom touted its efforts in combating the homeless crisis in the state and took shots at the Trump administration even as...

President Trump issued a warning to California Gov. Gavin Newsom on Wednesday, threatening federal intervention if Newsom is unable to solve his state's...

President Trump warned California Gov. Gavin Newsom on Wednesday that he needs to fix the homeless crisis in his state or the federal government will have to...