The Fifth Circuit Court of Appeals in New Orleans is considering overturning a Texas judge's ruling that Obamacare is unconstitutional.

A challenge led by Republican-held states led to the initial unconstitutional ruling in December 2018. If Obamacare is again declared unconstitutional by a federal judge, another appeal may be brought to the U.S. Supreme Court as the 2020 Presidential race heats up.

Left-leaning media outlets focused on the improbability of a successful lawsuit for Republicans and the consequences for Americans who benefit from Obamacare in their coverage of this story. On the right, coverage focused on the technical side of the lawsuit, analyzing how and why the ruling that Obamacare is unconstitutional may be upheld. 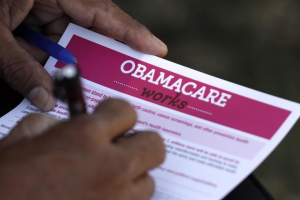 The future of Obamacare could be at stake on Tuesday when a coalition of Democratic-led states and House of Representatives urge a federal appeals court to overturn a Texas judge’s ruling that the U.S. healthcare reform law is unconstitutional.

Republicans have repeatedly tried to repeal Obamacare, or the Affordable Care Act (ACA), since its 2010 passage, and while the Justice Department would normally defend a federal law, the Trump administration has declined to defend its constitutionality against a challenge by 18 Republican-led states. 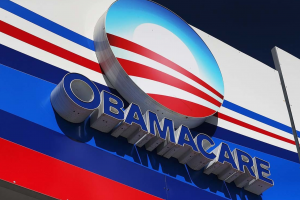 Obamacare’s future will once again be at stake Tuesday when a federal appeals court considers a Trump-backed lawsuit aimed at scrapping the health care law in the heat of the 2020 election cycle.

The court will hear oral arguments on whether the Affordable Care Act is no longer valid after Congress eliminated the tax penalty for not purchasing health insurance. The lawsuit, brought by 18 Republican-led states, could jeopardize health care coverage for more than 20 million people insured through the 2010 health care law, eliminate insurance protections for preexisting... 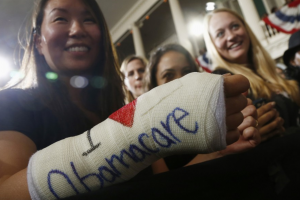 Obamacare faces a three-judge panel Tuesday in New Orleans that will weigh whether the healthcare law is unconstitutional.

The timing of the case means that a decision from the court, and a potential appeal to the Supreme Court after that, could bring Obamacare's future to the center of political debate ahead of the 2020 presidential election. Such an outcome would put President Trump on the spot to argue his vision for an alternative while congressional Democrats would accuse Republicans of being uncommitted to Obamacare's protections for the sick, as they...