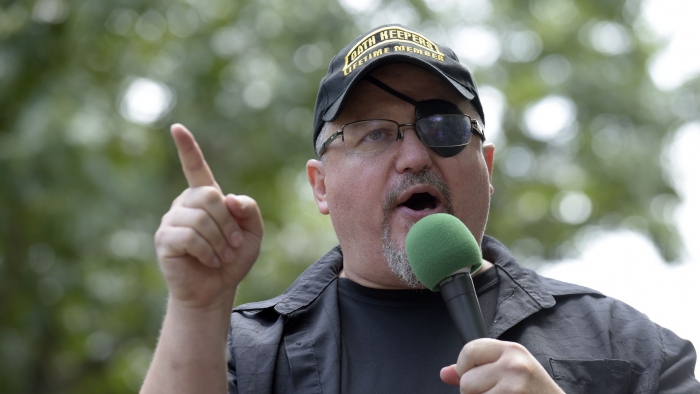 Stewart Rhodes, a founder and leader of the far-right Oath Keepers militia, has been arrested and charged in connection with events leading up to and including the Jan. 6 Capitol riot, the Justice Department announced Thursday.

Why it matters: Rhodes is the most prominent figure arrested on charges related to the Capitol insurrection.

State of play: Rhodes, along with 10 other defendants, was charged with seditious conspiracy.

The indictment alleges that following the 2020 presidential election, Rhodes "conspired with his co-defendants and others to oppose by force the execution of the laws governing the...

AllSides Media Bias Rating: Center
You disagree.
Thank you! Community votes alone don't determine our ratings, but are valuable feedback and can prompt us to do more research.
102479/81900