725 suspects were arrested in the year since the Capitol riot, DOJ announces. The FBI is looking for 350 more.

Criminal Justice, Capitol Chaos, DOJ, Violence In America, Justice
Save for Later
From The Left 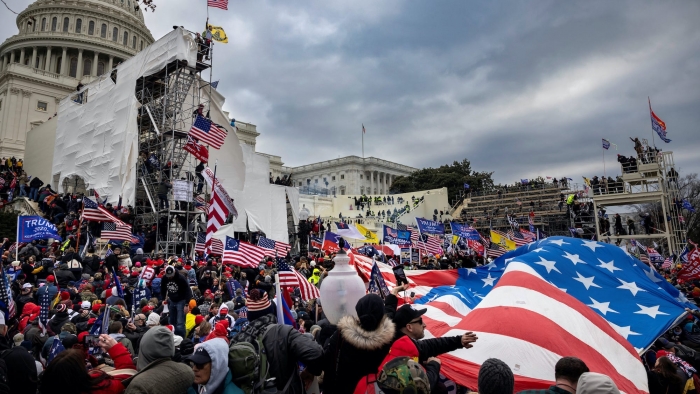 Seven hundred and twenty five people have been arrested in connection with the riot at the US Capitol, the Department of Justice said in a year-end update on its investigation.

DOJ officials broke down the arrests, convictions, and sentences of those accused of involvement in the January 6, 2021, storming of the Capitol.

The department said 165 of the 725 arrested — around 22% — had pleaded guilty, mostly to misdemeanor charges.

Twenty of the guilty pleas were for felony charges, and four of them — all cases of people attacking police...

Read full story
Some content from this outlet may be limited or behind a paywall.
Criminal Justice, Capitol Chaos, DOJ, Violence In America, Justice