In one morning, the Supreme Court looked to rid itself of the Trump era

Supreme Court, Donald Trump
Save for Later
Add to My Front Page
From The Left 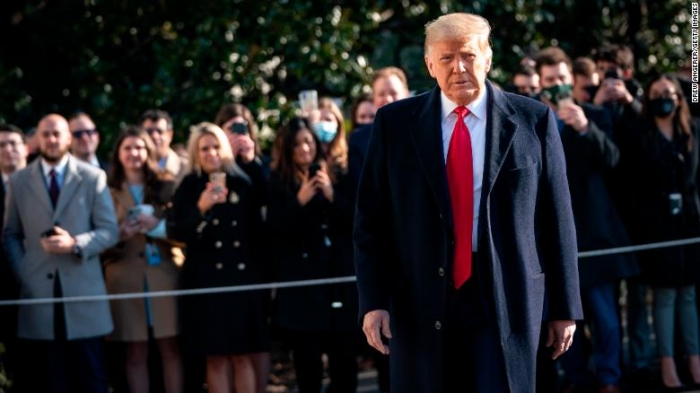 Donald Trump took a drubbing at the Supreme Court on Monday, as the justices in a flurry of orders dealt critical blows to his efforts to shield his tax records from a New York prosecutor and his oft-repeated false claims that there was widespread voter fraud during the last election.

It's as if the justices, in one day, sought to wipe their hands of lingering issues that had been heralded by the former President in a cascade of tweets, legal filings and statements during the last months of his administration.

Minority rule, under which a majority of Americans can't have their policy preferences reflected in our laws, is anti-democratic. But it's the hallmark of the...

The Supreme Court on Monday tossed out a lawsuit over former President Donald Trump's Twitter account, after the Justice Department said the end of Trump's...

Speaker Nancy Pelosi (D-Calif.) said Thursday she has "no plans" to bring a Democratic-led bill to expand the Supreme Court to the House floor for a vote,...

“President Joe Biden has ordered a study on overhauling the Supreme Court, creating a bipartisan commission [last] Friday that will spend the next six months...

Trump-era grievances could get second life at Supreme Court

The Supreme Court's most conservative justices are signaling an interest in issues closely associated with former President Trump, from rules on social media...

Liberals ramp up calls for Supreme Court Justice Breyer to retire after he panned court packing in...

Many on the left had quietly hoped that Justice Stephen Breyer would retire in 2021, opening up a seat on the Supreme Court for President Biden to fill — but...