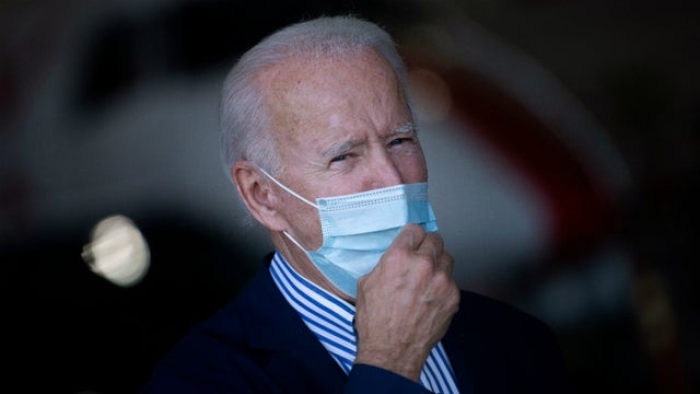 Democratic presidential nominee Joe Biden on Thursday refused to say whether he supports adding additional seats to the Supreme Court, saying he won't reveal his position until after the November election.

"You'll know my opinion on court packing when the election is over," Biden said during a campaign stop in Phoenix.

"It's a great question, and I don't blame you for asking. But you know, the moment I answer that question, the headline in every one of your papers will be on the answer to that question," he said.

The United States Supreme Court on Friday, by a vote of 6-3, said an effort to block President Donald Trump from excluding undocumented immigrants from a key...

The U.S. Supreme Court on Friday dismissed a challenge to President Donald Trump’s plan to leave undocumented immigrants out of the final census count, giving...

The Supreme Court on Friday rejected an audacious lawsuit by Texas that had asked the court to throw out the presidential election results in four battleground...

With time running out, Trump and GOP allies turn up pressure on Supreme Court in election assault

With his legal options dwindling and time running out before a key electoral college deadline, President Trump on Thursday ramped up pressure on the Supreme...

Is the Supreme Court primed to rewrite religious freedom laws?

Texas Loses at the Supreme Court

“The Supreme Court on Friday rebuffed Texas’ request to overturn the results of the 2020 presidential election in four states – Georgia, Michigan, Pennsylvania...

The Supreme Court of the United States on Friday rejected a bid launched by Texas and backed by President Donald Trump that sought to challenge President-elect...

Senior Republican lawmakers are expressing serious misgivings about a lawsuit the Republican attorney general of Texas is leading against the election results...

As Gov. Gavin Newsom prepares fresh restrictions on mingling to combat climbing coronavirus cases, he has another hurdle to overcome: the increasingly...

Trump Lost Because SCOTUS Answers to the Constitution, Not to Him
OPINION

Outgoing President Donald Trump and his most fervent liberal critics seem to share one thing in common. Namely, they both appear to believe that Republican-...