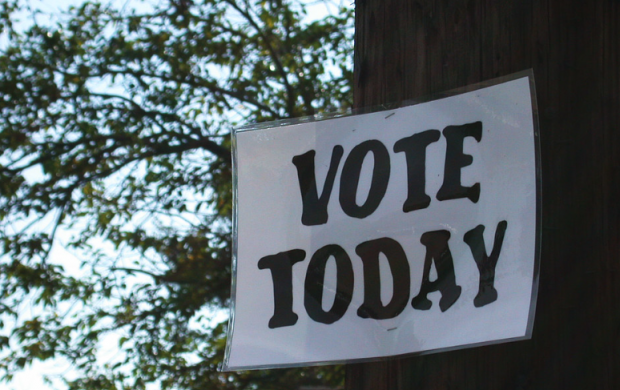 One of the basic truisms in American politics is that midterm elections are won and lost by turning out a party’s base. While presidential campaigns tend to focus on persuading undecided voters at the center of the political spectrum, the lower turnout that we see in most midterms means that there are fewer swing voters to attract. So the party that motivates and mobilizes its most loyal supporters almost always achieves victory.

Under most circumstances, the more motivated party is usually the side that does not hold the presidency. Midterms tend to be an up-or-down referendum on the incumbent, and voters are almost always sufficiently dissatisfied with the president’s performance to instead reward his political opponents. In the last century, there have been only a handful of elections in which the president’s party has not suffered immense losses. Each of those rare instances was accompanied by extremely unusual political events – the Great Depression, the Cuban Missile Crisis, Bill Clinton’s impeachment and the 9/11 terrorist attacks – that upended more typical election outcomes.

Heading into this campaign season, given President Biden’s extremely low poll numbers and sour voter attitudes about inflation, it seemed likely that this year’s elections would reflect historical norms. Most Democrats braced for major setbacks, although some held out hope that Donald Trump’s outsized presence on the campaign trail could remind enough voters of their feelings for him to cause a reversal of traditional trends. When the Supreme Court voted to overturn Roe vs Wade in June, party leaders saw the unique circumstance of a major judicial action so close to an election as another factor that could upend the typical outcome. They hoped that the Court’s Dobbs decision would motivate young people, voters from minority communities and the rest of their base to turn out in large numbers.

Both suppositions turned out to be mostly correct – the combination of Dobbs and Trump combined to save Democrats from the drubbing most had expected them to endure. Concerns about the economy and inflation were the electorate’s most prevalent influencers last week, but voters also mentioned abortion and democracy as two other issues that brought them to the polls in great numbers. The result was about the best Biden’s party could have hoped for: maintaining and possibly slightly expanding their Senate majority, and maintaining slim hopes for a tiny House majority as of this writing. Even if Republicans do hang on and regain the Speaker’s chair, their advantage will be miniscule compared to what historical and economic trends had forecast.

But the Democrats survived in a somewhat unexpected way. Turnout from young people, women and minorities was similar to what it had been in 2018, but certainly not the large increases for which the party had hoped. Rather, the key to the Democrats’ success came from swing voters, more specifically independents and wavering Republicans, who showed up in numbers atypical for a midterm election. Exit polls show that pro-choice suburban women keyed the shift, letting it be known that their support for abortion rights and their distaste for Trump were enough motivation to bring them out.

Most of these voters do not think particularly well of Biden, giving the president extremely low marks for his first two years in office. Historically, that lack of support would transfer to his party’s congressional candidates. But in another aberration from typical voting tendencies, this year that portion of the electorate was still willing to back down-ticket Democrats.

RELATED: How Did Biden and the Democrats Beat the Odds in the 2022 Midterms?

The most likely explanation for this shift is that these voters don’t like Biden very much – but they like Trump even less. All year long, Biden has been pleading with voters to think of the election not as an up-or-down referendum on his performance in office, but as a choice between him and the Republican alternative. Trump was happy to cooperate – the January 6 hearings, the legal battle over confidential documents that he took from the White House last January, and his unusually high-profile role throughout the election season all drove voters toward the Democrats.

The other major impact that Trump had on this election was his three appointments to the Supreme Court. Any Republican president would have nominated pro-life justices, but there’s no guarantee that the selections of a President Romney or President Rubio would have been so determined to overturn Roe. When Chief Justice John Roberts desperately sought a fifth vote for a compromise that would have weakened but preserved the existing law, Justices Gorsuch, Kavanaugh, and Barrett turned away. The result was a full elimination of federal protections for abortion rights, and the resulting backlash allows Biden to head into the second half of his term with a renewed lease on his political life.