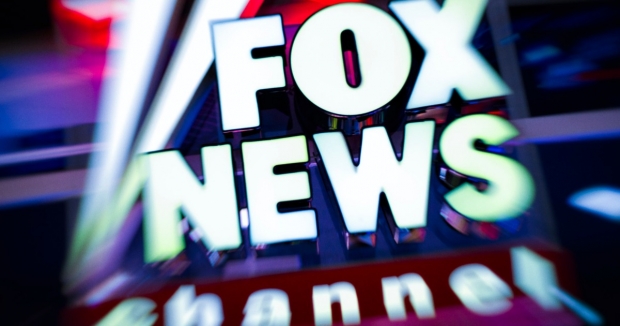 The world of cable TV news used to be such a simple place. Fox was conservative, MSNBC was liberal and CNN was in the middle. But that was before Donald Trump became president, and those easy classifications have become much more complicated.

During the 2016 presidential campaign, CNN reinvented itself as platform for Trump, showcasing his rallies and speeches to a point where their coverage of him overwhelmed the combined attention given to his primary opponents and far outweighed the amount of time Hillary Clinton received during the general election. Once Trump was elected, CNN rapidly shifted to the left, riding the primetime presence of Chris Cuomo and Don Lemon to become increasingly strident in their criticism of most things Republican.

MSNBC held its ground further leftward, and did not attempt to adjust its ideological perspective as much as increase the level of its volume and anger. As Trump goaded his opponents, exploited the country’s divisions and polarized the electorate, MSNBC reaped the benefits by tapping into the growing ranks of the alienated to join their audience.

But the president’s effect on Fox News was the most complicated. The network’s evening hosts became even more devoted to proselytizing on his behalf and even more determined to undermine his critics. Their morning show “Fox and Friends” became largely a presidential plaything, available to Trump whenever he needed a handy platform on which to vent. But Fox's news division ended up in the unenviable position of trying to satisfy their core audience of Trump supporters while also presenting a somewhat evenhanded news product.

The end result was unsatisfying to almost everyone: their viewers, their reporters and most notably to the president himself, who raged at anything the network aired that was not unquestioningly supportive.

The tension escalated gradually over three-and-a-half years, most virulently whenever a Fox poll would produce unsatisfying results to him. After Fox Sunday host Chris Wallace aggressively questioned Trump in an interview and attempted to control his outbursts during the first presidential debate, the relationship quickly became even more fraught. Fox calling the key state of Arizona for Joe Biden on election night, before other news organizations did so, didn't help mend the damage.

Since then, the president has castigated Fox at every opportunity and relentlessly promoted even more conservative news platforms. One America News Network (Right bias) and Newsmax.com (Lean Right) both experienced rapid traffic rises over the last several weeks by promoting Trump’s election fraud accusations.

Speculation has also grown that Trump will join or acquire one of these two media outlets — or start his own — and use it as an alternative to steal many of Fox’s most conservative viewers. At that point, Fox would have to decide whether to compete for that audience share by moving further right, or establishing themselves as a center-right option for the Bush-Romney wing of the Republican Party and other relatively-mainstream Biden skeptics.

Progressives who have been watching this fight on the media’s right flank may chortle, but the intolerant extremism that has fueled this dynamic among ultra-conservatives is not limited to one end of the political spectrum. Even while Trump followers have attacked Fox for its perceived apostasies, dissatisfied liberals have been launching similar assaults against the prominent media organizations on the left.

The New York Times (Lean Left) fired editorial page editor James Bennet under immense pressure from unhappy readers and reporters, and opinion editor and columnist Bari Weiss left shortly thereafter under similar duress. Online publications such as Vox have struggled to balance their creative and iconoclastic impulses with the ideological rigidity of their audience, and MSNBC will face a much greater challenge keeping their viewers placated when their coverage of Biden becomes more complicated than their daily swipes at Trump.

The overwhelming trend in 21st-century media is toward indulgence and intolerance. Most of us now turn to cable television or online platforms not to be informed or educated, nor to be challenged by opinions or perspectives different from our own. We instead look for reassurance, to have our opinions reinforced and to be congratulated for having them.

There’s no question that life in an ideological cul-de-sac is comfortable. But this type of self-imposed isolation has made civic discourse and mutual tolerance much less frequent. Which in turn makes community – and democracy -- that much more precarious.