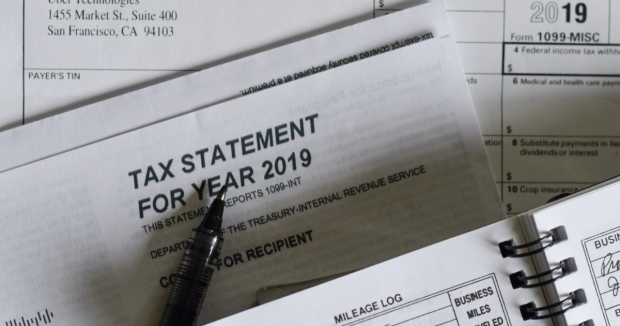 Here's a brief overview of both Donald Trump and Joe Biden's stances on tax policy, plus quick links to articles covering the topic from across the political spectrum as determined by AllSides Media Bias Ratings.

President Donald Trump's second term agenda pledges to cut taxes to boost take-home pay, and to create “Made in America” tax credits for companies that bring back jobs from China. During his first term as president, Trump signed the Tax Cuts and Jobs Act, which lowered individual income tax rates, nearly doubled the standard deduction and restricted itemized deductions. It also put a $10,000 limit on state and local tax deductions.

During the coronavirus pandemic, Trump signed an executive order that would give workers a temporary break from paying payroll taxes. The president has also called for deferred payroll tax forgiveness, and said he would look into making permanent cuts to payroll tax in his second term.

Former vice president Joe Biden’s campaign website features a section titled “A Tale of Two Policies: Trump Rewards Wealth, Biden Rewards Work.” The page gives a detailed analysis of Trump’s tax plans, framing them as benefiting the wealthy and contrasting it with his Biden's own plan. His agenda pledges to “make the wealthy and corporations pay their fair share, and provide tax relief for working families."

Biden's tax plan includes raising the corporate tax rate to 28 percent, imposing a 15 percent minimum tax on book income, requiring a minimum tax of 21 percent minimum tax on all foreign earnings of American companies located overseas, and asking those making more than $1 million to pay the same rate on investment income that they do on their wages. His plan would also expand the Child Tax Credit to help families through the coronavirus pandemic, and grant tax cuts that aim to help families afford health insurance and child care.

MarketWatch: What Trump and Biden tax policies could mean for your paycheck, tax return, investments and retirement savings

CNBC: Here’s where Biden and Trump stand on your taxes

Washington Examiner: The Trump tax cuts weren't about the rich. They were about you

Photo by Olga DeLawrence on Unsplash.