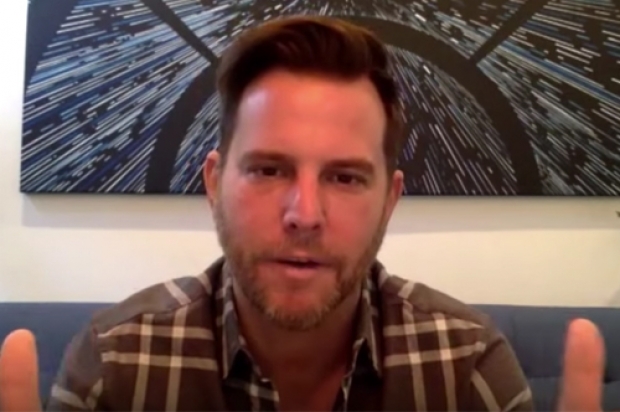 After popular crowdfunding site Patreon banned a number of accounts this month, other account holders — particularly, those who use their funds to explore controversial ideas — are leaving the site over concerns about Patreon's political bias.

Prominent Patreon account holders say the platform is employing political bias in its banning decisions and acting outside the bounds of its Terms of Service. Among those criticizing the platform are podcast host and public intellectual Sam Harris, psychologist and professor Jordan B. Peterson, and "The Rubin Report" talk show host Dave Rubin.

Harris had nearly 9,000 patrons at the end of November, and the 11th-largest account overall. Peterson reportedly makes $80,000 a month on Patreon, and Rubin says Patreon accounts for 65 to 70 percent of his show’s revenue. They say they've lost hundreds of supporters who are boycotting Patreon over its recent bans.

Peterson revealed he is working on building a new platform that would be "analogous to Patreon."

People banned from Patreon this month include far-right political commentator James Allsup and provocateur Milo Yiannopoulos. Patreon also banned YouTuber Sargon of Akkad, or Carl Benjamin. It was Patreon banning Sargon of Akkad in particular that raised alarm for Harris, Peterson, Rubin and others, because he was banned for something he said on a separate YouTube channel 10 months ago — despite the fact that Patreon's Terms of Service don't ban speech on other platforms.

This contradicts not only Patreon's Terms of Service, but the words of CEO Jack Conte himself, who said during a 2017 appearance on the The Rubin Report that Patreon's hate speech guidelines refer only to speech "on Patreon the platform itself, not like on Twitter” or other platforms.

"I think we should just make it very clear for everybody how significant what happened to Carl Benjamin, Sargon of Akkad, is,” Rubin said in a recent video in which he appeared with Peterson. “It doesn’t matter what you think of him or whether you agree or any of that stuff. The banning of him for doing something that was not on the Patreon platform, that wasn’t even done on his channel, because of a word he said where he was using the word against the ‘alt-right’ or the neo-Nazis or whatever you want to call them, is a massive move of that line of what’s acceptable.”

In a tweet, Harris announced he would be leaving Patreon due to the bans, saying the “expulsions seem more readily explained by political bias.”

Claire Lehmann, founder of the online magazine Quillette, which is funded via Patreon, tweeted on Dec. 10, "Everyone I know is having conversations about moving off [Patreon]," and in Quillette’s email newsletter called Patreon’s actions a “move against free speech.”

Benjamin, a classical liberal who is against political correctness, was one of Patreon's top earners. Patreon told Benjamin he was banned for using "language that we consider harmful and degrading," pointing to a 10-month old interview Benjamin gave in which he talked about how he was being harassed by anonymous members of alt-right message boards to such an alarming degree that he had to alert the police. While describing his experience, he used his critics' definition of a racial epithet, and said they were acting like "white" versions of those they detest.

"I was trying to use their own language against them," Benjamin said, since the trolls were making his life "an absolute misery."

"As a funding platform, we don’t host much content, but we help fund creations across the internet. As a result, we review creations posted on other platforms that are funded through Patreon."

Patreon says Benjamin "used racial slurs to insult others and specifically linked those slurs with negative generalizations of behavior, in contrast to how people of other races act. He also used a slur related to sexual orientation to generally insult others."

Rubin, Harris and others have stated that while they don’t necessarily agree with Benjamin’s statements, he shouldn’t have been banned for words he used outside of Patreon — and they’re willing to leave the platform over it.

The controversy highlights concerns about political bias in tech, and disagreements over free speech versus hate speech. Large tech companies, including Facebook, Twitter, and YouTube, routinely ban people due to their speech. PayPal has banned both far-right and far-left accounts, including the Proud Boys and Antifa, Wikileaks and Gab, a social network founded on the idea of free speech.

It all comes down to the differences in how the Left and Right view "hate speech." While many of those on the Right are for free speech, saying even uncomfortable views should be open to consideration and debate, not banned, those on the Left (including those who work at tech companies in liberal Silicon Valley, where Patreon is based) see those same expressions as dangerous and harmful. Some even equate them to violence — or say they could lead to violence — so they must be removed from public.

The Right says that what counts as hate speech in our society is becoming far too broad. They argue that the goalposts for acceptable speech are moving ever narrower, pushing legitimate people out of the realm of public discourse for saying things that make others uncomfortable. They also argue that speech we don't like should be fought with more speech, not bans. If people didn't like what Benjamin said, for example, they could choose to create counter-speech and/or refuse to watch his videos or donate to him.

Still, many point out that no one has any right to the services these private tech companies provide. There is no right to freedom of speech in private places. Patreon built the platform, and Patreon can choose to banish whomever they'd like.

But what about when these companies become more monolithic? With tech companies becoming an ever-greater presence in our lives, they have a lot of power to control the field of acceptable speech and thought. It's hard — nearly impossible — for independent content creators to get their ideas in front of a large audience in a way that doesn't include using those platforms. And it can be difficult for them to earn money without using PayPal or Patreon. When Facebook, Twitter, YouTube, Instagram, Apple, Spotify, Patreon and PayPal ban you, where do you go?

There are larger philosophical questions at play, too. Even if tech companies only ban "bad" ideas, does moving people into the shadows protect us, or does it simply embolden their views, creating a bigger monster that may come back to haunt us later? And how far should bans go? Should banks and grocery stores also refuse to service people who engage in "bad" speech?

And what if controversial ideas, the ones we deem most abhorrent now, are the ones we need to hear the most? For example, in the past, people thought the idea of women voting or the idea that the earth is not the center of the universe were abhorrent. It took people discussing these ideas out in the open for society to arrive at the truth.

With social media platforms acting as the new public square, banning people for their speech presumes we already know the answer to lots of controversial topics and issues. But we don't currently have all the answers to every moral question. Leaving speech unrestricted allows us to explore and come to the truth.

No one has good answers to fully address the issue of political bias in technology, but alternative platforms are one way to ensure free speech. As new technologies begin to crop up to address political bias, such as the one Peterson is creating, it's worth keeping a close eye.

Julie Mastrine is the Director of Marketing at AllSides and is biased in favor of free speech. View AllSides’ unbiased news and media bias ratings.