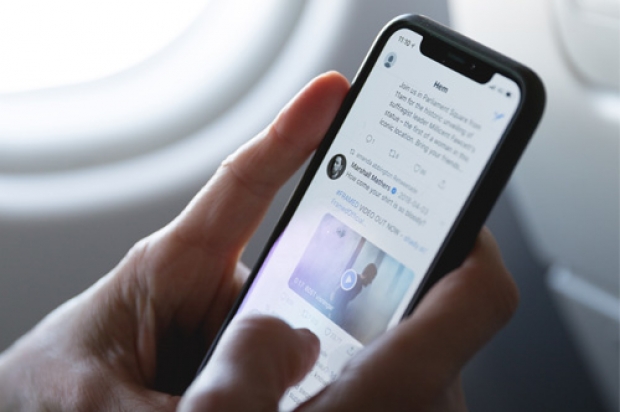 Differences in the way liberals and conservatives view appropriate speech affects what we see online — and can lead to silencing.

The Department of Justice and state attorneys general met Tuesday to discuss whether social media companies are “intentionally stifling the free exchange of ideas.” The meeting ended without a decision on whether to investigate.

The move came after President Trump said social media companies “discriminate” against Republican and conservative voices. Despite many claiming the president’s concerns are unfounded, there is strong evidence social media companies have at least occasionally censored legitimate conservative voices. What’s unclear is whether these amount to mistakes, accidental bias, or intentional manipulation of opinion.

The incidents are numerous. In August, Facebook apologized to Prager University, a conservative nonprofit, after nine of its posts reached zero of its three million Facebook followers and two videos were deleted for “hate speech.” Facebook said they were “mistakenly removed.”PragerU also sued YouTube for censorship, claiming more than 50 videos had been restricted or demonetized. A judge threw out the case.

Finally, this month InfoWars’ Alex Jones was banned from Twitter for livestreaming a video of himself confronting CNN reporter Oliver Darcy. In the video, Jones accused CNN of “fake news” and called Darcy a “rat,” “evil-looking,” and a “virus.”

Not everyone may like what Rubin, Shapiro, Peterson, or Jones say — even other conservatives may not like it, and often don’t — but is their speech abusive behavior that must be stifled? Or is there simply a major difference in how liberals and conservatives view speech?

Many believe uncomfortable speech should be open to consideration and debate — not banned. But today’s Left progressives believe speech can be so hateful, it is equivalent to violence — or could lead to violence — so it must be removed from public.

This represents a shift. During the 1960s, unrestricted speech was the Left stance, while conservatives were less open. Some — including George H.W. Bush — even supported a constitutional amendment to make it illegal to burn the American flag (an act of speech).

Because social media companies are based in Silicon Valley — which has a hugely progressive population — its content moderators are likely progressive and share ideas about what is acceptable speech. Twitter CEO Jack Dorsey openly admitted Twitter has a progressive/Left bias, while denying the company polices content in accordance with that bias.

But because social media companies have a business model that relies on getting users to click, they show us exactly what we want to see — and block what we don’t want to see. To navigate through an overwhelming amount of information, tech companies block out the unfamiliar and uncomfortable, shutting out diversity of thought and confirming our biases. This is both a feature of their algorithms and in their decisions to manually remove or demonetize conservative content.

Tech companies may also be catering to the bias of the dominant user base, as multiple studies show social media users are demographically more Left than the general population.

This could be intentional, or not. Maybe it’s a reflection of our media landscape, which is dominated by Left-leaning sources and journalists — or a reflection of what most Internet users want to see.

But one of the original promises of the Internet was that we would connect across the planet to appreciate our differences. The opposite occurred. Americans are now comfortable with prejudice against people who have different points of view.

To fix this, we may not need more government regulation of tech companies. Tech companies could simply address the core problem.

They could accept and provide different perspectives on the same issues, showing them side-by-side. AllSides already does this. If tech companies could embrace our divisions, giving space to controversial speech instead of banning it and polarizing us further, perhaps they wouldn’t be subject to potential Justice Department investigations.

John Gable is president of AllSides.com, a website providing balanced news and media bias ratings. He is the author of a patent for measuring and displaying bias, and previously worked at Microsoft and Netscape. Julie Mastrine contributed to this article.