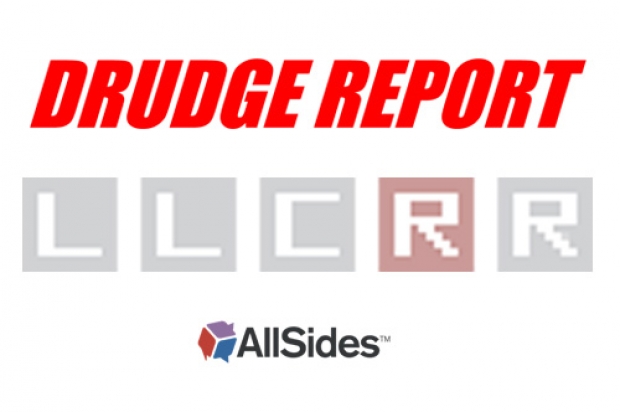 AllSides Media Bias Ratings are fluid and subject to change as media outlets change over time, or we acquire new information.

"One thing people should keep in mind is that our data for the Drudge Report was based almost entirely on the articles that the Drudge Report lists on other Websites," said study author Tim Groseclose, the study's lead author, formerly faculty at UCLA and currently Adam Smith Chair at George Mason University's Mercatus Center. "Very little was based on the stories that [conservative political commentator] Matt Drudge himself wrote. The fact that the Drudge Report appears left of center is merely a reflection of the overall bias of the media."

The Drudge Report has been criticized heavily in the past for running stories that were hoaxes, poorly sourced, or unfactual, including a conspiracy theory that Barack Obama was not a U.S. citizen, a hoax about a former prostitute who claimed her son was fathered by Bill Clinton, and a false statement that an undocumented immigrant started the October 2017 Northern California wildfires.

According to a 2014 Pew Research Study, the clear majority of the Drudge Report's audience (74%) is right-of-center (by comparison, 26% of all Pew panelists were right-of-center).