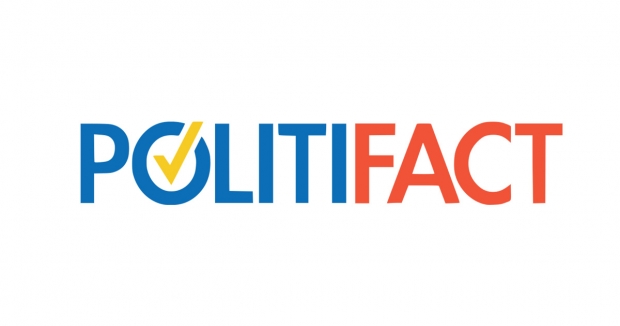 America is politically volatile and has been for some time, and in recent weeks things have only escalated. Amid the turmoil, people are clamoring for cold, hard facts.

Fact checking sites like Politifact (Lean Left bias) promise to help. But sometimes, instead of giving you the facts and letting you interpret them for yourself, fact-checking sites actually provide subjective analysis — drawing conclusions, interpreting and analyzing the facts for you — all under the banner of an objective “fact check.” A recent “fact check” by Politifact is a great example.

Fact checks should focus on what’s objectively true, not on subjective interpretations of events. But Politifact’s recent piece, “4 quotes by Democrats twisted to make it look like they support riots,” did the latter.

The outlet assessed a meme that was passed around following the Capitol Hill storming and rates the meme “mostly false.” The meme shows photos of U.S. Rep. Ayanna Pressley, Vice President-elect Kamala Harris, U.S. Rep. Maxine Waters, and House Speaker Nancy Pelosi, along with quotes seemingly from them, such as, “There needs to be unrest in the streets” (Ayanna Pressley) and “I just don’t know why there aren’t uprisings all over the country. Maybe there will be” (Nancy Pelosi). The politicians appear in front of images of burning buildings from the summer 2020 riots: 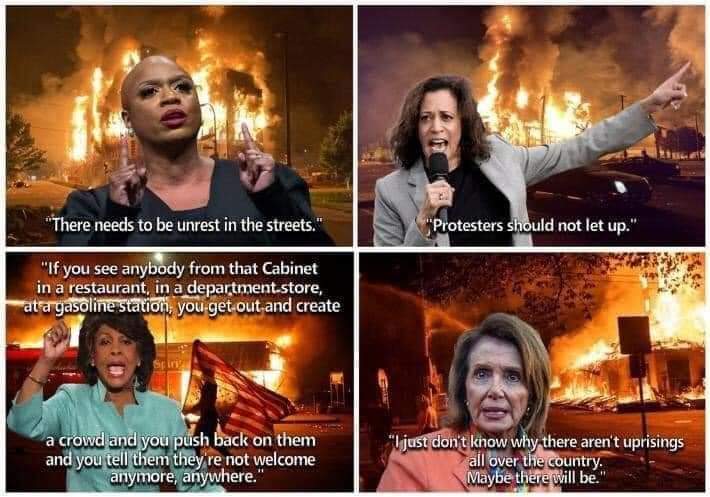 Politifact then fact-checks the quotes, and finds they were indeed stated by these politicians. It notes that Pelosi’s quote was not about police actions, but about Trump’s migrant policies at the border, and that Maxine Waters’ quote was made at a 2018 Los Angeles rally after a Virginia restaurant owner refused to serve then-White House press secretary Sarah Huckabee Sanders.

Politifact says the meme is “misleading” and rates it “mostly false,” because some of the quotes “are outdated and unrelated to the Black Lives Matter protests, and others are taken out of context.” Politifact also says “none [of the politicians] specifically indicated that they meant anything besides peaceful protest,” and because some, like Harris, “condemned violent rioters” two months after making her initial comments.

Let’s parse this out.

In both cases, the facts are the same. The difference is that the meme and Politifact interpreted the quotes differently. What is different is the analysis of the quotes, not whether or not the quotes are true.

As Politifact illustrates, the politicians were accurately quoted in the meme — these are things they really said. The difference is that Politifact thinks it matters that some of the quotes were about other Trump policies, so their analysis is that politicians didn't encourage violent unrest that occurred this summer. The meme-maker, on the other hand, seems to see a clear connection between the two. Whether or not there is a connection is largely subjective in nature.

See the difference? The analysis or interpretation is what is different, not the facts.

Regardless of whether you think the Democrats’ comments about the Trump administration laid the groundwork for violent protest, fact checking sites by definition should not be in the business of interpreting or analyzing quotes — they should only tell you what was said.

Politifact even admits they are interpreting meaning for you, writing (emphasis ours):

“The Facebook post contains an element of truth but ignores critical facts that would give a different impression. We rate it Mostly False.”

In short, Politifact interpreted the impression or meaning of the quotes for you, which signifies analysis, not fact checking.

The meme is essentially illustrating this belief: "Democrats have been stoking the fires of violent dissent for years. Here are things they have said to stoke the flames on the left, whether about police or Trump administration policies in general. All of this has led up to this summer of torched cities. Democrats are okay with violent protest when it’s coming from the left, but are now condemning violent protest from the right." The meme offers this implicit analysis, and whether or not it is the correct analysis is a subjective interpretation that is not up to a fact check outlet to decide.

The Difference Between News, Analysis, Opinion

All news consumers should learn media bias 101: the difference between news, analysis, and opinion.

Analysis is when someone looks at facts, considers what they might mean, and draws subjective conclusions.

Fact checking or news is when someone describes what happened — that which is directly observable. It reports what was said, seen, or heard. 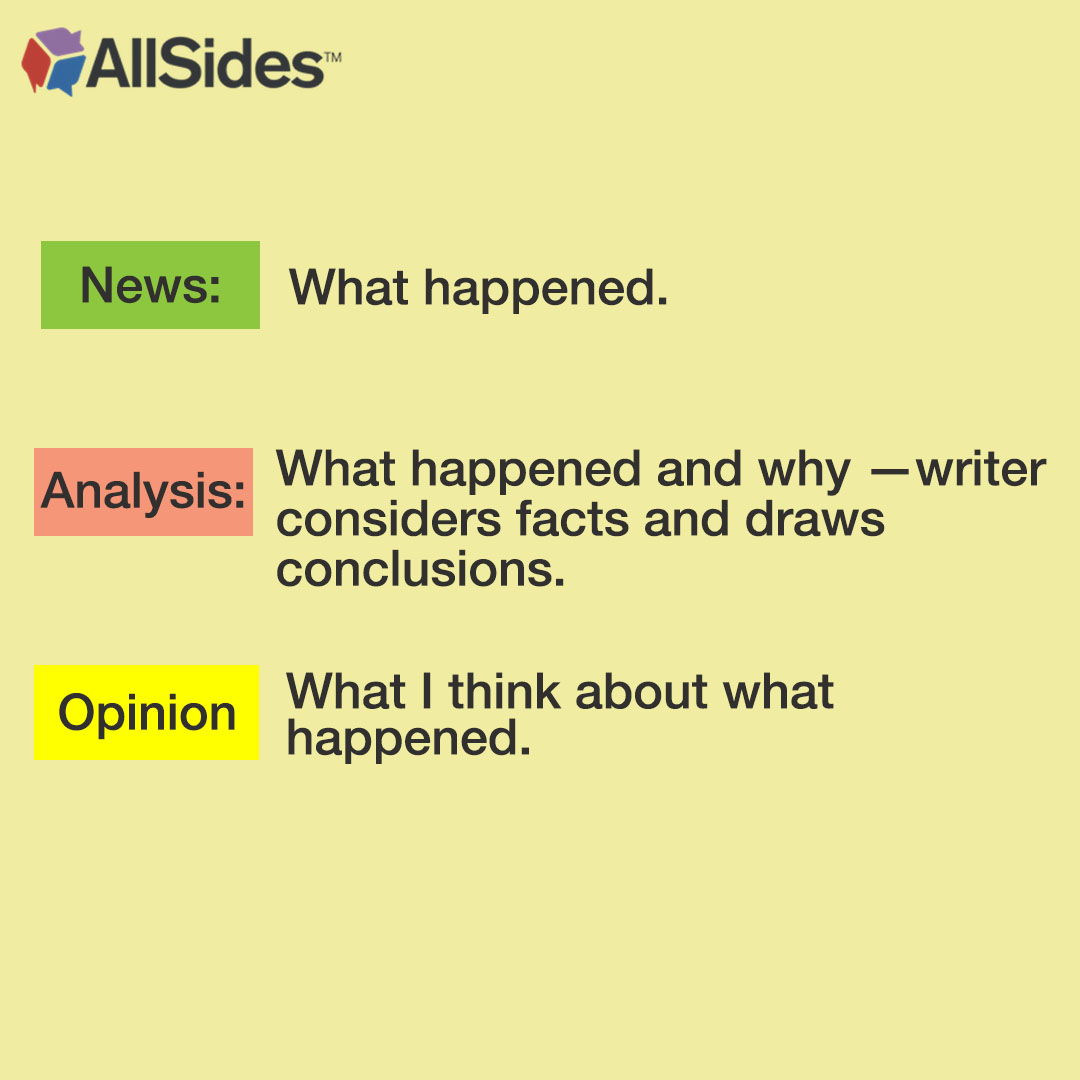 The facts are what was said or what happened; an analysis or impression is what the facts could mean. Here, Politifact is doing the latter.

Politifact admits that they are trying to frame your impression of the quotes and what they mean, not just fact check whether or not the quotes were actually said.

Politifact doesn’t interpret the politicians’ comments as providing license to engage in violent civil unrest, and perhaps that’s fine. Yet others do. Their analysis of the politicians’ comments is that they encouraged protests that either had already descended into street-level violence by the time they made them, or that they were bound to do so.

Fact Checkers Are Also Biased: Get Fact Checks Across the Spectrum

A fact checking article for this meme should only tell you if the quotes were really said, when they were said, and in what context. A fact checker is not in the business of deciding what your impression of the facts ought to be, or the meaning behind them. That’s the job of an opinion columnist or analyst. Because Politifact is engaging in analysis here, it’s a great reminder of how fact checkers are biased, too.

AllSides rates the bias of numerous fact checkers, and provides a Facts and Fact Checking portal to help you get a balance of fact checks across the political spectrum. We rate the media bias of not only Politifact, but also Snopes (Center, though close to Lean Left) and FactCheck.org (Center). There are also sites like Fact Check Review, which fact checks popular fact checkers. (We haven’t rated it, but it is run by RealClear Politics — Center bias).

Be sure to read across the spectrum and arm yourself with knowledge of how to distinguish analysis versus fact.