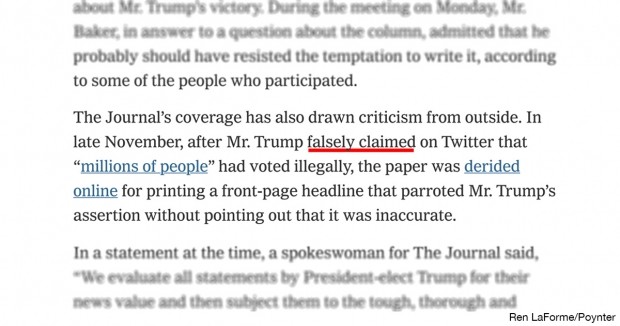 A common type of media bias seen in the press today is omission of source attribution. A recent Poynter article explored how reporters who used terms like “baseless” or “falsely claimed” often did not include a source to help the reader understand why something was false.

Omission of source attribution is when a journalist does not back up their claims by linking to the source for that information. An informative, balanced article should provide the background or context for a story, including naming sources of information.

We explain this type of media bias in our guide How to Spot 11 Types of Media Bias.

Journalists will often mention "baseless claims," "debunked theories," or note someone "incorrectly stated" something without including background information or linking to another article that would allow the reader to see why the statement is false. Or, reporters will write "opponents say," "critics say," or “supporters of the bill noted” without identifying who these critics are, or linking to an article where critics or supporters state these things.

Poynter recently counted the use of words and phrases such as “baseless,” “falsely claimed” and “incorrectly said,” which are typically used when reporters embed a fact check in their articles, in stories in The Associated Press, The New York Times and in transcripts from CNN.

Beginning in the late 1970s, these phrases appeared fewer than 100 times every month, according to Poynter. But there was a big surge last year, when the word “baseless” appeared 646 times in The Associated Press, 925 times in The New York Times and a whopping 1,004 times in transcripts from CNN. However, Poynter notes that the reporters usually did not cite their sources.

"When we examined a sample of those stories, we found that few provided evidence why the claims were false or baseless ... That lack of sourcing is troubling. If reporters are going to make a bold claim that a politician’s claim is baseless, they need to show why with authoritative reporting the same way that fact-checkers do," Poynter says. They suggest that reporters explain why something is "baseless" or "false" instead of just stating it is, and linking transparently to sources. 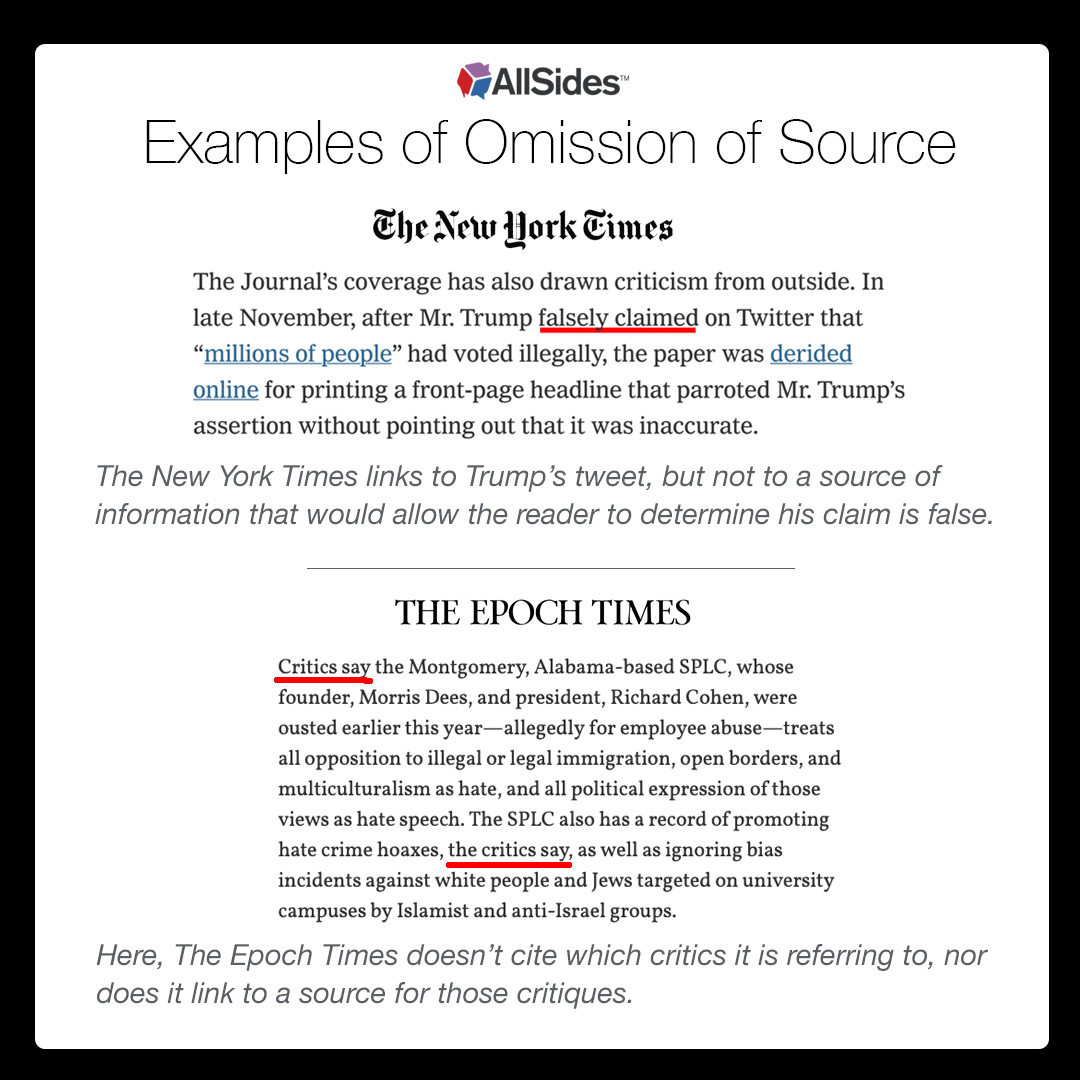 Learn to spot this type of media bias by looking for words and phrases like “debunked theory,” “baseless claim”, or “critics say,” and then checking to see if the reporter links to a source that clearly determines why the claim is false, or which critics made the statements. As more reporters embed fact checks in their articles, this will be ever more important in becoming a savvy media consumer and avoiding being manipulated.

Julie Mastrine is AllSides' Director of Marketing and the author of the guide to 11 Types of Media Bias. She has a Lean Right bias.