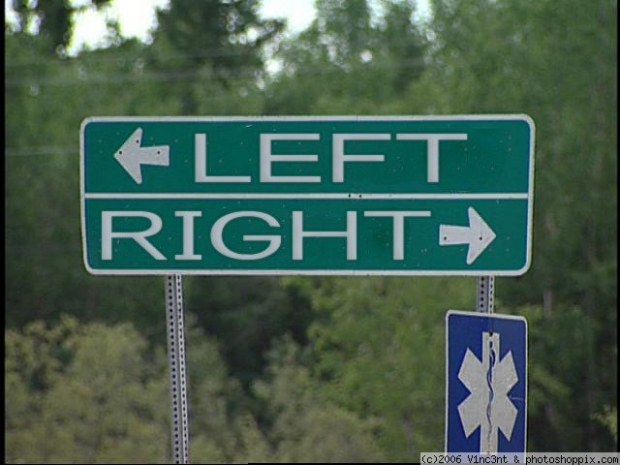 In the United States we’re given a conservative vs. liberal choice that’s supposed to make up the entire range of political opinion. The problem is, it doesn’t. As a result, Americans are funneled into a one-dimensional track that eliminates a whole spectrum of thought.

One of the aims of AllSides is to get readers to understand just how different a story can be when presented from a conservative or a liberal vantage point. By exposing us to multiple interpretations of a story, AllSides encourages open-minded thinking, a crucial step towards tolerance and respect.

That’s a great start. But just because a reader may identify with a conservative view on one issue doesn’t necessarily define him as a Conservative. Expanding our concept of politics beyond left vs. right not only helps us more clearly define our own political standing, it helps us recognize the variety of political viewpoints out there and can aid us when deciding who to vote for.

Voters are often labeled either conservatives, liberals or moderates. But does “moderate” accurately describe everyone who doesn’t fit into the other two categories? Not really. After all, there’s really nothing moderate about a person who’d like to see less government in both economic and social aspects of Americans’ lives. Similarly, someone who strongly believes in more overall regulation also has no place on the standard left-to-right line. There are types of political thinking that don’t fall neatly in between conservatism and liberalism.

Rather than a simple line, a better way to chart our political leanings would be a diamond-shaped graph, such as the Nolan Chart. Libertarian activist David Nolan first created this chart back in 1971. Personal freedoms (such as the freedom to marry who we choose and reproductive freedom) are charted on one axis. Economic freedoms (such as fewer tax burdens and free markets) are graphed along the other. Each axis goes from 0 (total state control) to 100 (total freedom). By charting a person’s responses to political questions, we can graph the amount of personal liberty and economic liberty a person believes in.

The graph is divided into five segments. As one would expect, Liberalism is in the left corner. Liberals generally believe that government intervention is needed to keep society ethical in economic aspects (in the form of things such as redistribution of wealth), but that the government shouldn’t intervene in our social lives. In the right corner are Conservatives, those who believe that government is needed to keep society ethical in social aspects (like tough drug laws) but that government should have a limited role in business and our personal finances.

At the bottom corner are those who feel government should control our resources, finances as well as our personal choices. This sector is usually labeled Statism or Authoritarianism. Statists have little faith in society’s ability to make personal choices without central control.

At the top is Libertarianism. Libertarians tend to have little faith in government and believe people should be free to make as many of their own personal and economic choices as possible. At the midpoint of these four sections lies Centrism.

A Nolan Chart very specifically defines where people stand. There can be big variations even between those who fall within the same sector. For example, Centrists may be moderate in relative terms, but some Centrists may lie much closer to any of the four corners than others.

Graphing our views on a Nolan Chart reveals the diversity of opinion in America. More specificity in our political labels would benefit us in several ways:

In August 2011, a Reason-Rupe poll found that "Americans cannot easily be bundled into either the 'liberal' or 'conservative' groups." The results of their poll fell fairly evenly: Conservatives made up 28%, Liberals 28%, Libertarians 24%, and Statists 20%.

Identifying someone as “Conservative” on a linear chart is overly simplistic. A Statist-leaning Conservative may believe in using subsidies and preferential regulations to support industries while using legislation to enforce traditional social values. A Libertarian-leaning Conservative may advocate a hands-off approach to business while limiting government’s role in private matters.

There are a various versions of Nolan Chart quizzes to take online, such as this one and this one. Where do you lie?

Political candidates are notoriously vague about their views. It’s in their best interest to appeal to as many constituents as possible. So once we’ve identified our own leanings on a Nolan Chart, it would be insightful to know where candidates stand. Graphing Donald Trump vs. Jeb Bush or Hillary Clinton vs. Bernie Sanders on a Nolan Chart would be very useful information.

The first step towards thinking freely is understanding how narrow political messages affect us all. Lumping ourselves into simplified categories such as “liberal” and “conservative” is inadequate. The best way to evaluate politicians and government is to stop trying to fit our complete universe of political views along a one-dimensional line. There are more than two ways to represent political thought.