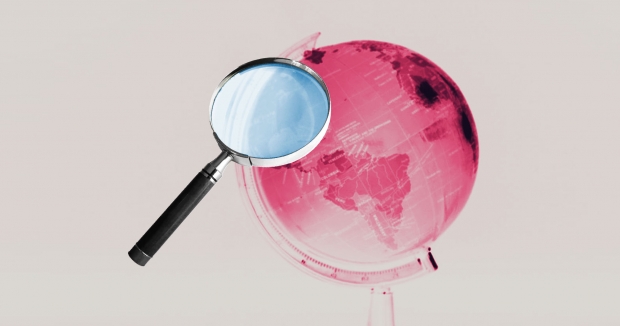 This view is from an author rated as Lean Left.

Update (9/24 4:51 CST): As of Friday, the migrant camp in Del Rio has been cleared, per DHS Secretary Alejandro Mayorkas.

It’s easy to forget, but the stories of migrants, such as the thousands of Haitians who have captured media attention this week, do not begin with their arrival at the southern border.

By ignoring the ongoing stories of migrants outside of the U.S., news outlets create a media environment where they and their readers can fit vulnerable people into political narratives.

Let’s recap: Over 15,000 asylum-seeking migrants, mainly Haitians, have gathered at a makeshift camp beneath the Del Río-Ciudad Acuña International Bridge, which connects Del Rio, TX to Ciudad Acuña, in the Mexican state of Coahuila. Their story won top spots on news sites, particularly in right-rated outlets, which often highlight stories about large numbers of migrants. Over the past week, their story evolved as the Biden administration ramped up efforts to deport them under the CDC’s Title 42. Photos emerged of horseback riding border patrol agents grabbing migrants, and some migrants assaulted officers and even took over a DHS bus to escape deportation to Haiti. Left-rated outlets ran headlines about “cruel” deportations, and right-rated outlets decried the “Biden Border Crisis.”

That might be all the average news consumer hears about this story. A problem arises, the government responds, politicians and pundits opine, and the news cycle moves on.

But here at AllSides, we believe in asking questions. What will happen, for instance, to the deported migrants? Where will they go? Where did they come from? Why are they so fearful of deportation that they would fight border patrol officers to escape?

Fortunately, some outlets had the answers.

The New York Times’ (Lean Left) James Dobbins, Natalie Kitroeff, Anatoly Kurmanaev, Edgar Sandoval and Miriam Jordan quoted a 25-year-old Haitian migrant who had traveled from Tapachula, Mexico with his pregnant wife to Del Rio; “It took us two months to get here on foot and by bus,” he said.

The Washington Post’s (Lean Left) Amber Phillips reported that “Many of the Haitians at the border… were actually migrants from a different earthquake, the horrific one in 2010. They settled in South America, but for a host of reasons, many have tried to come to the United States.”

The Associated Press’ (Lean Left) Julie Watson, Juan A. Lozano and Elliot Spagat reported that “Nearly all Haitians reach the U.S. on a well-worn route: Fly to Brazil, Chile or elsewhere in South America. If jobs dry up, slowly move through Central America and Mexico by bus and on foot to wait — perhaps years — in northern border cities like Tijuana for the right time to enter the United States and claim asylum.”

USA Today’s (Lean Left) Mabinty Quarshie and Javonte Anderson quoted Eduardo Gamarra, a professor at Florida International University, who said, “The end goal is always the United States… And the pattern is one that wasn't really begun by the Haitians, it was begun by the Cubans. They're the ones who set this trail.”

What becomes clear through this coverage, which came supplementary to the main headlines about the migrants, is that this story did not begin when it became front-page news in September. It did not even begin when the migrants reached the U.S.-Mexico border.

This story came as the result of a decade of natural disasters, migrations, and socioeconomic conditions. That you didn’t hear about it is in large part because it happened outside of the United States.

The world is awash in refugees, asylum seekers and other migrants like those in Del Rio. According to the International Labor Organization, there were about 169 million migrant workers in 2019, making up about 5% of the world’s workforce. The United Nations High Commissioner for Refugees estimates that there are 20.7 million refugees and 4.1 million asylum seekers worldwide, with roughly 1 million more people requesting asylum each year.

In the Western Hemisphere, those who wish to come to the U.S. but cannot make the journey must find somewhere else to live, and those places are in Latin America. That’s where the thousands of migrants in Del Rio have been all these years, waiting for the right opportunity to come to a country full of people who weren’t even aware of them.

Because we can only consume so much news each day, news outlets have to determine what’s important enough to deserve attention, as well as what’s eye-catching enough to attract attention in the first place.

This can often lead to situations where issues that existed well before the news covered them only come up once they’ve reached a certain threshold of importance or attractiveness. In the case of migrants and refugees, that threshold is often their arrival at the U.S. border—or, in other words, once it becomes your problem as an American news consumer.

Nevermind the struggles these people went through before their arrival, or the dangerous roads they took through areas of high cartel activity. Nevermind their status as migrant workers in other countries before they made the decision to come to America. Nevermind the socioeconomic and natural disasters that displaced them from their old homes in the first place.

There’s also a geographic element to this kind of media blind spot. I am writing this article from San Antonio, TX, which is geographically closer to Mexico City than Washington, D.C. and further south than the northernmost parts of Mexico. For millions of Americans, Latin America is much closer than American national news would make it seem. But the leading narratives of national news outlets are not written in Texas. They are written on the East and West coasts, in cities where the wealthy and powerful congregate, far away from the struggles at the border.

So, What’s the Solution?

It should be pointed out that while this article criticized “the media” for underreporting the prelude to the Del Rio migrants’ arrival, it also included several examples of media outlets that reported on those issues. The key lesson here is that not all news sources are made equal.

Just as some outlets are particularly good at providing graphs and other data visualizations, some outlets are better than others at reporting stories happening in other countries. Large legacy outlets are often good examples of this; for instance, The New York Times (Lean Left bias), The Washington Post (Lean Left) and The Wall Street Journal (Center) worked together to evacuate their bureaus in Afghanistan during the American evacuation from Kabul. Outlets like CNN (Left), NBC News (Lean Left), and Fox News (Right) also had correspondents on the ground during those evacuations. Regarding migrants in Central and South America, The Washington Post reported on thousands of U.S.-bound migrants overwhelming a small Colombian town in July. If you only get your news from lighter-weight outlets like HuffPost (Left) or New York Post (Lean Right), you could miss stories like this one.

Another key factor here is partisan media bias. As you may have noticed, most of the outlets cited in this article are rated by AllSides as Center or Lean Left. That’s simply because those are the outlets that most often publish that kind of in-depth coverage; most large mainstream outlets that have the resources to do that also happen to lean left.

As a result, there is a vacuum among right-rated outlets of in-depth coverage on stories like the Haitian migrants. If those on the political right only read news outlets that align with their political views, then they might miss out on stories like this. With a population as vulnerable as the migrants in Del Rio, ignorance could have dire consequences.

That’s why it’s important to get your news from a diverse group of sources, which you can get from AllSides’ Balanced News Feed and Headline Roundups. We track news outlets across the spectrum each day to curate a wide variety of news, analysis and opinion. We’ll always make sure to keep you informed about important stories and unique angles you may have missed.

And, as always, it’s important to read your local news outlet. Local outlets cover stories that national outlets may overlook and provide news that’s uniquely relevant to you and your community. For instance, the San Antonio Express-News (Center) covered a local San Antonio sheriff’s visit to the Del Rio migrant camp. If you missed a story as big as the history of the Haitian migrants, who knows what news you could be missing in your own backyard!

This piece was written by AllSides Daily News Editor Joseph Ratliff. He has a Lean Left bias.