How Liberals and Conservatives Rated the Media Bias of The Daily Wire, The Epoch Times, Forbes, The Hill, and Politico: May 2022

People across the political spectrum blindly rated the media bias of content from The Daily Wire, The Epoch Times, Forbes, The Hill, and Politico in AllSides' May 2022 Blind Bias Survey.

During an AllSides Blind Bias Survey, participants from all sides of the political spectrum are asked to rate the content of a media outlet blindly, so they are not influenced by preconceived notions of a brand's bias. Read the white paper to review our methodology, or sign up to take part in the next survey.

On average, respondents across the political spectrum gave the following ratings: 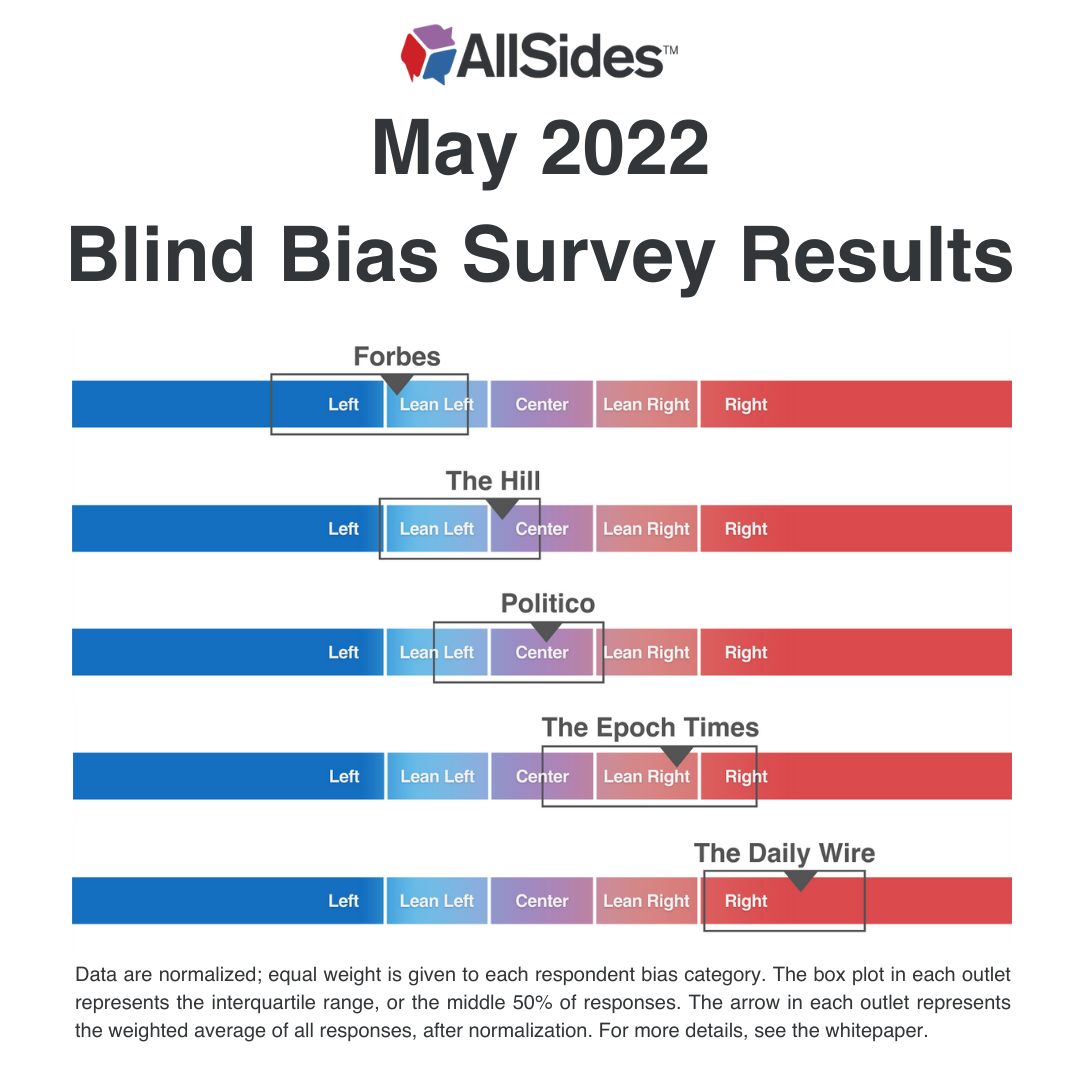 Forbes's rating of Lean Left in the May 2022 AllSides Blind Bias Survey differed from AllSides' current rating of Center for the publication. The Blind Survey results triggered an Editorial Review, in which we decided to keep Forbes' AllSides Media Bias Rating as Center. Editorial Reviews allow us a multipartisan panel of experts to view a larger amount of content from the media outlet than Blind Surveys do. 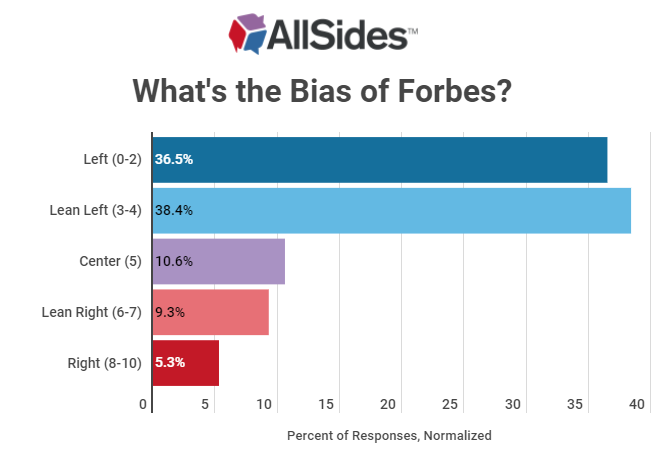 The Hill's rating of Center in the Blind Survey affirmed AllSides' current rating for the publication. 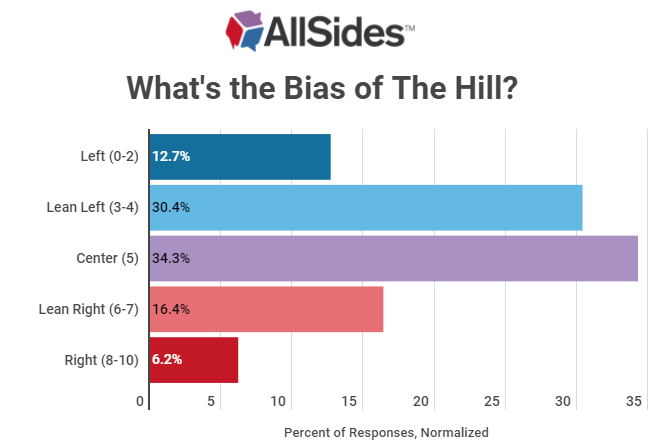 On average, people across the political spectrum rated Politico as Center in a May 2022 AllSides Blind Bias Survey. The rating, which differed from AllSides' rating of Lean Left at the time, triggered an Editorial Review, in which we opted to keep Politico's rating as Lean Left. Compared to Blind Bias Surveys, Editorial Reviews allow a multipartisan expert panel to see more content from the outlet taken over a longer period of time. 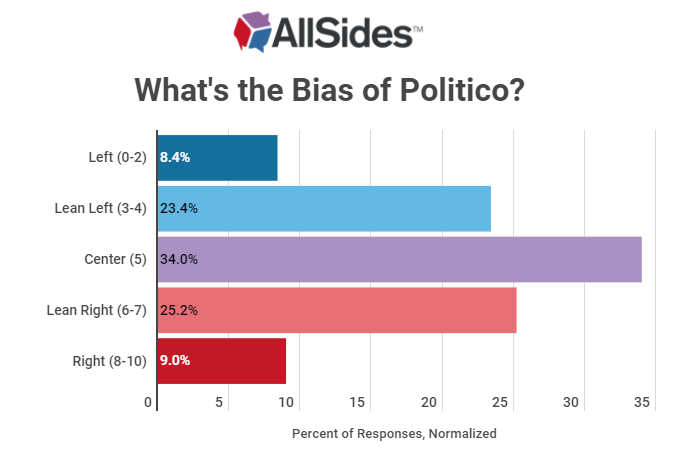 The Epoch Times' rating of Lean Right in the Blind Survey affirmed AllSides' current rating for the publication. 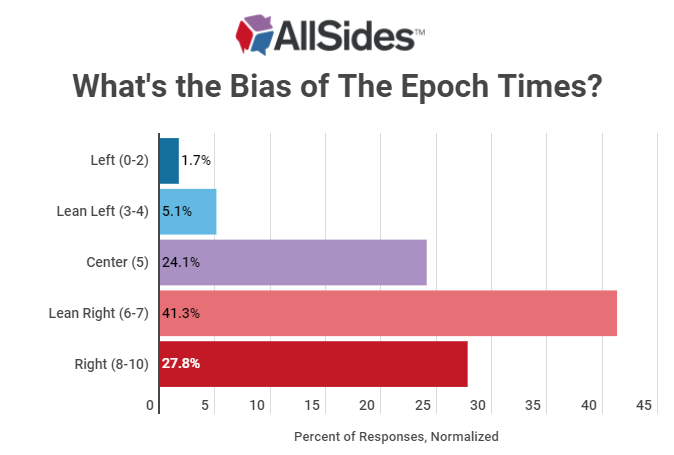 The Daily Wire's rating of Right in the Blind Survey affirmed AllSides' current rating for the publication. 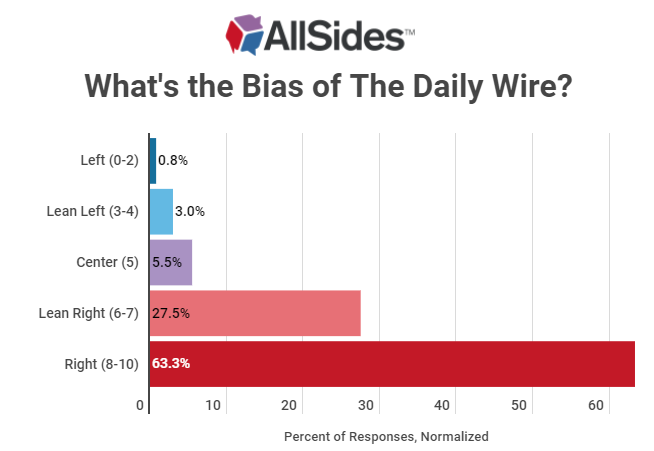 A total of 1,345 people across the political spectrum took the survey, including 178 respondents with a self-reported Left bias; 334 with a Lean Left bias; 402 with a Center bias; 349 with a Lean Right bias, and 82 with a Right bias.

Respondents self-reported party affiliation. 348 respondents were Democrats, 558 were Independents, 239 were Republicans, and 170 reported being “something else.”

For this survey, AllSides collected 12 pieces of content from media outlets: top headlines taken on two different days at the same time of day, and top stories the outlet ran around two major national news stories. Stories and headlines were stripped of branding and any information that would allow participants to identify the outlet. Participants were asked to rate the bias of the source on a scale of Left, Lean Left, Center, Lean Right, and Right.

For much more detail, please visit our white paper. 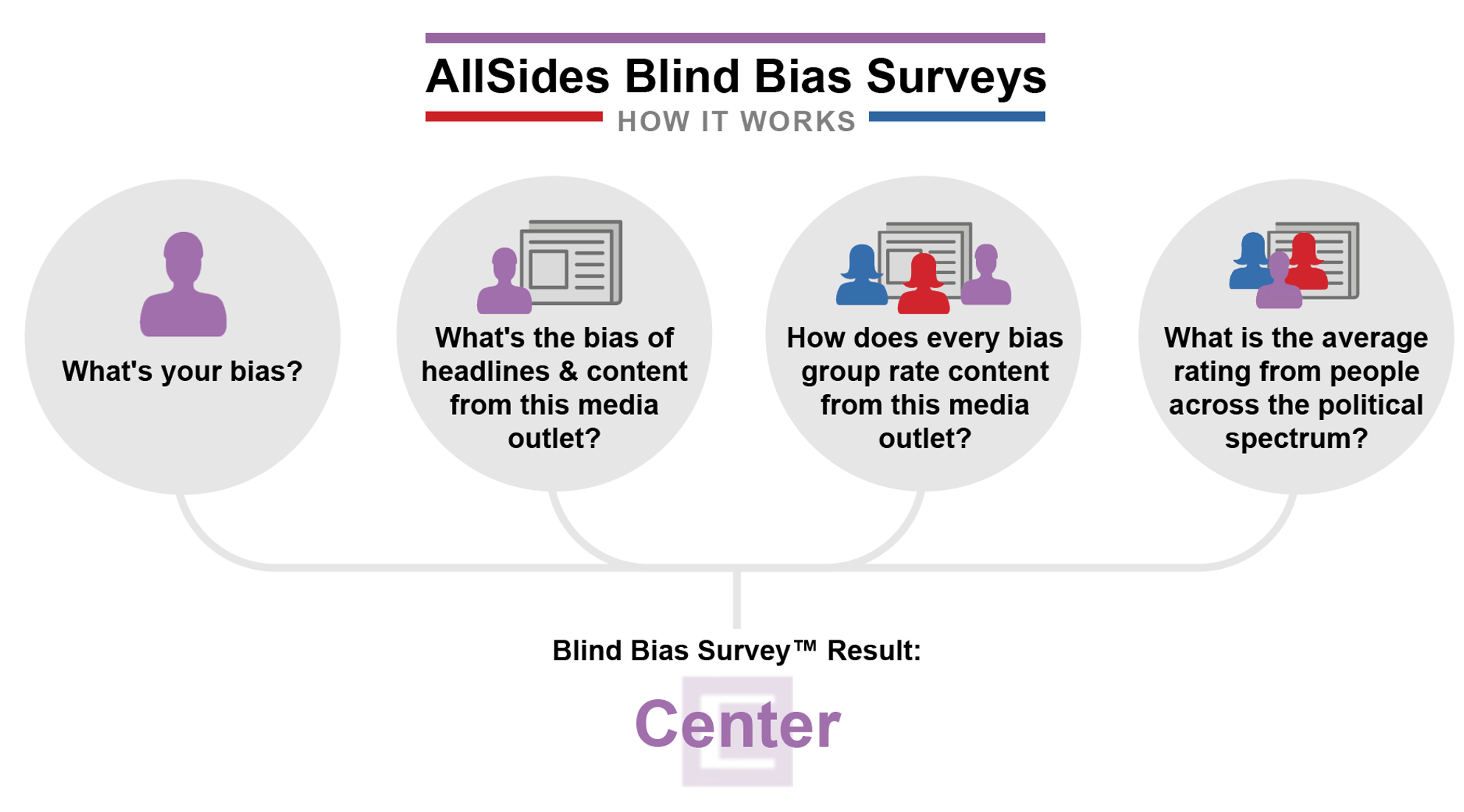