Read an overview of the results from this survey, or read the full white paper to review our methodology.

During an AllSides Blind Bias Survey, participants from all sides of the political spectrum are asked to rate the content of a media outlet blindly, so they are not influenced by preconceived notions of a brand's bias.

For this survey, AllSides collected two types of content from media outlets: top headlines from two different days at the same time of day, and top stories the outlet ran around two major national news stories. Stories and headlines were stripped of branding and any information that would allow participants to identify the outlet. Participants were asked to rate the bias of the source on a scale of Left, Lean Left, Center, Lean Right, and Right.

Media outlets evaluated for bias in the February 2020 blind bias survey were: 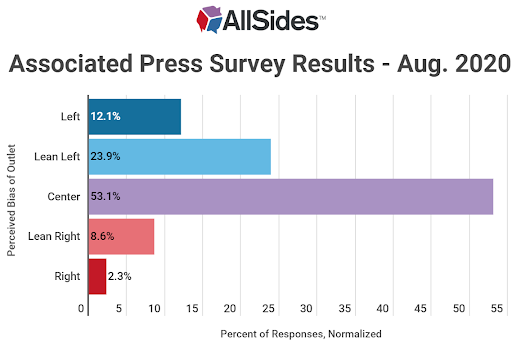 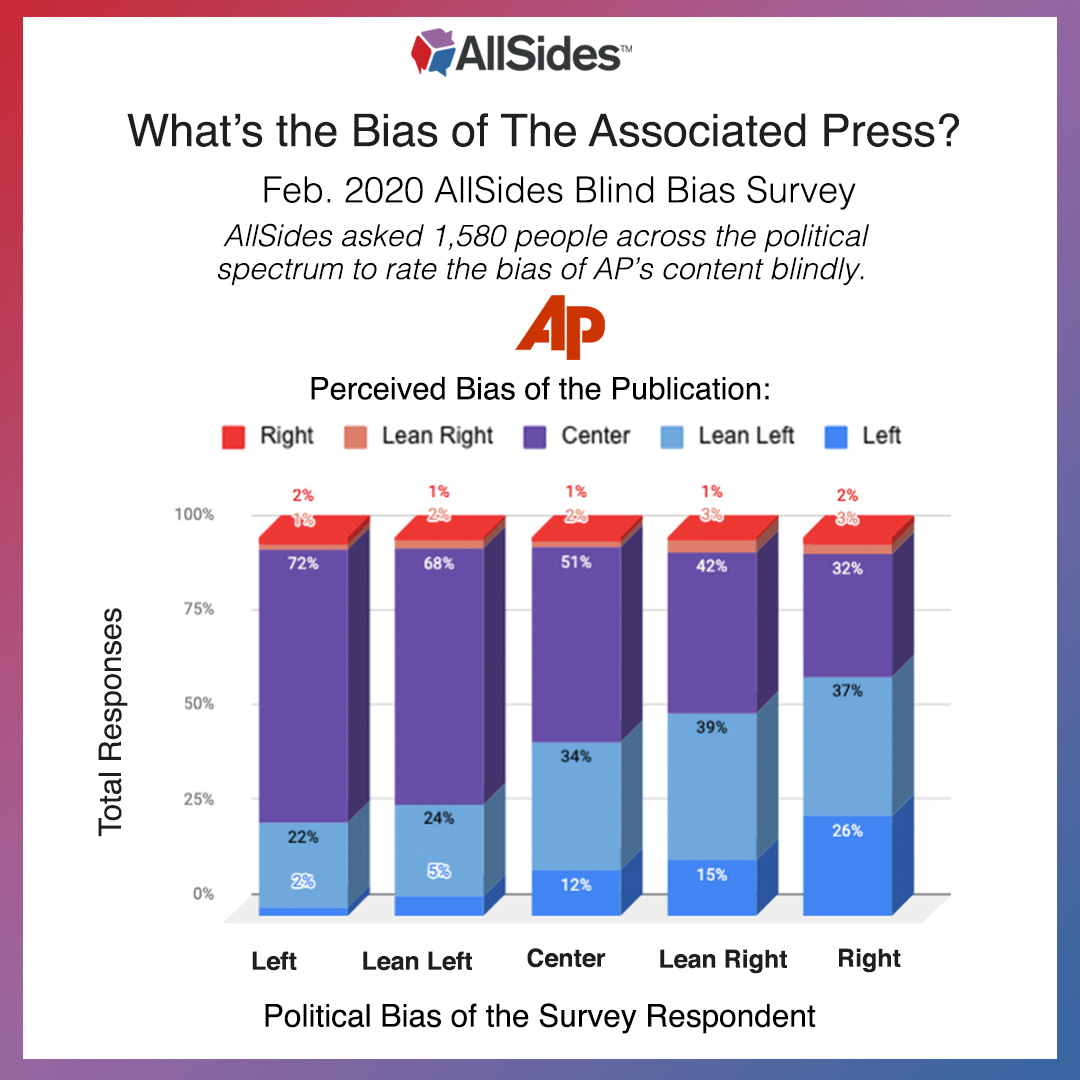 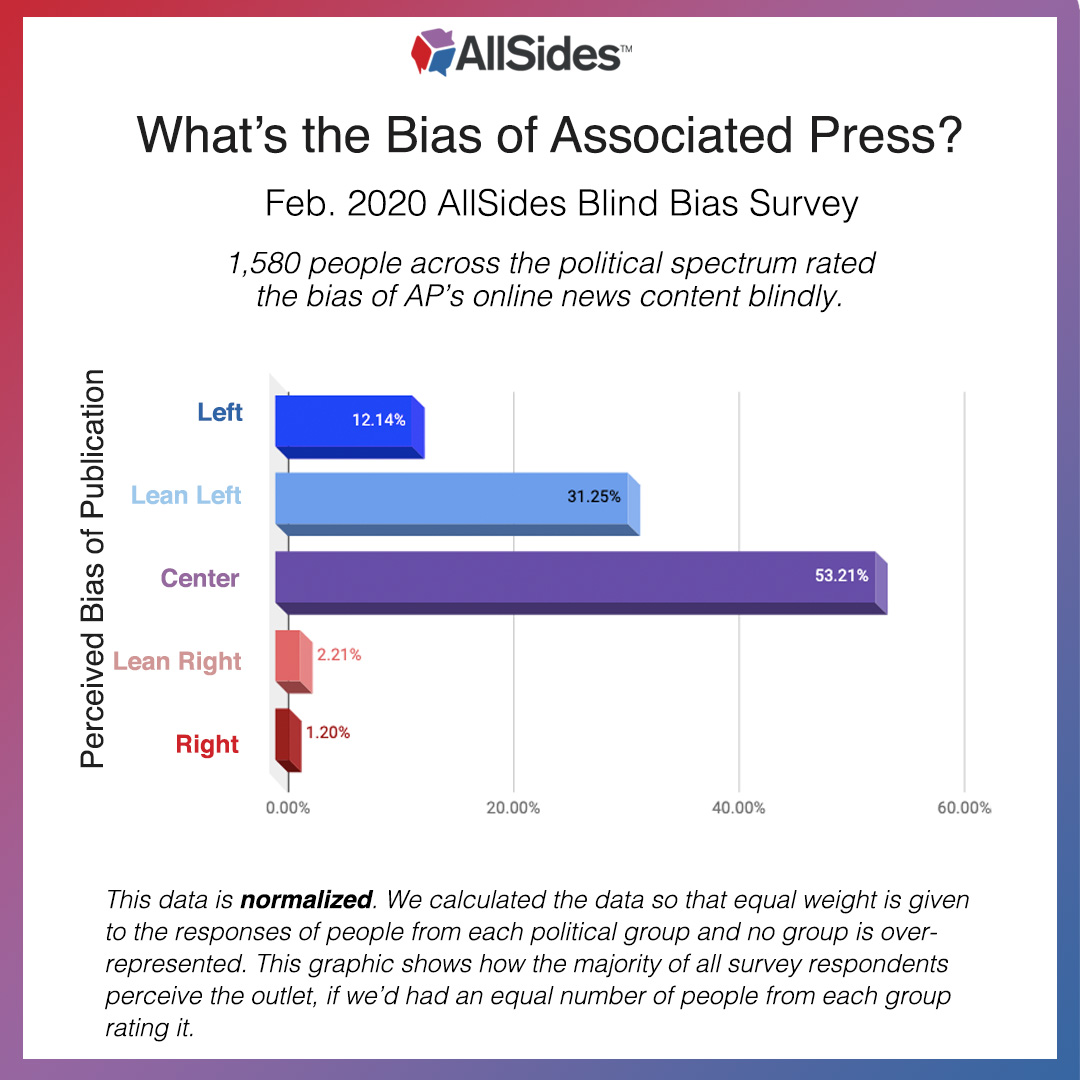 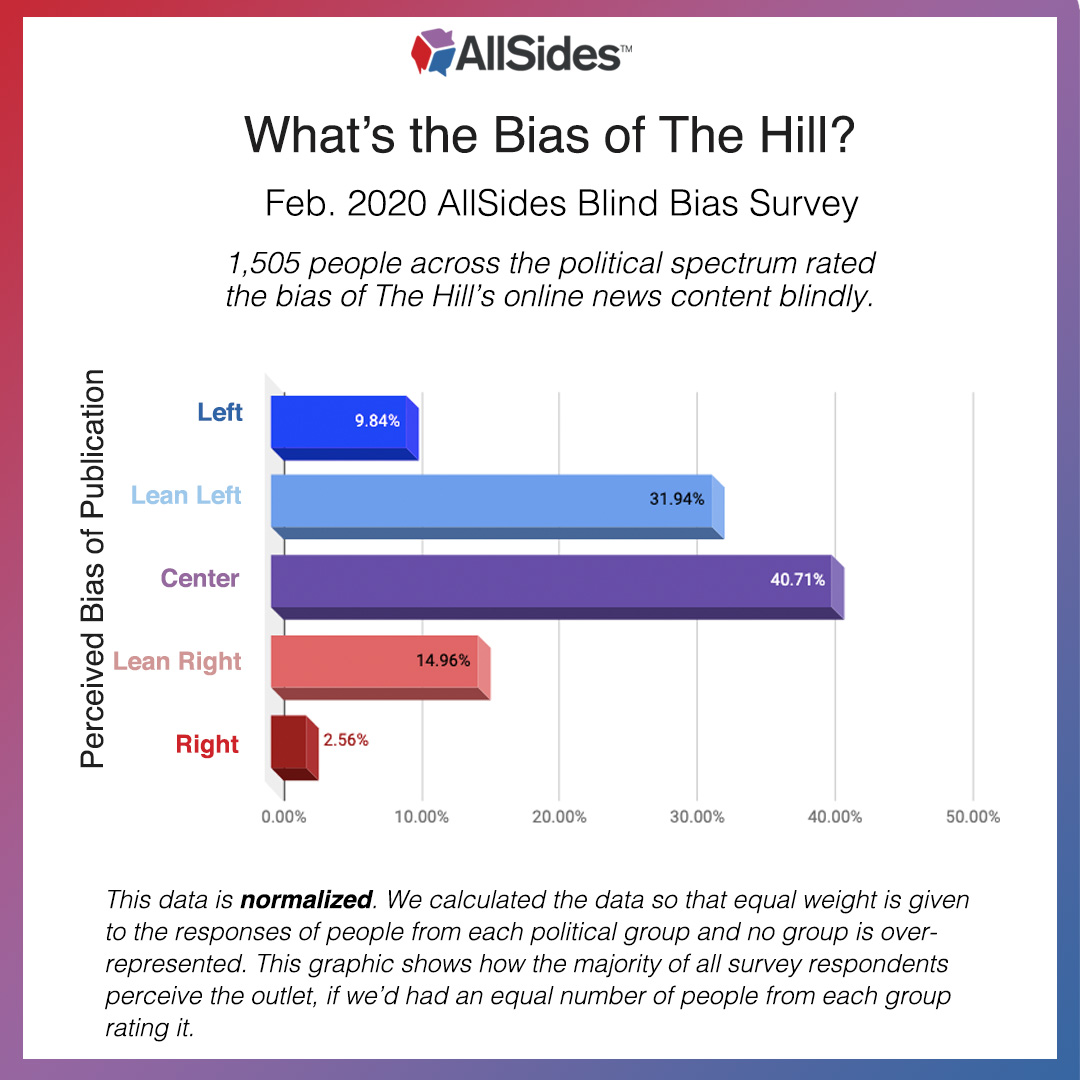 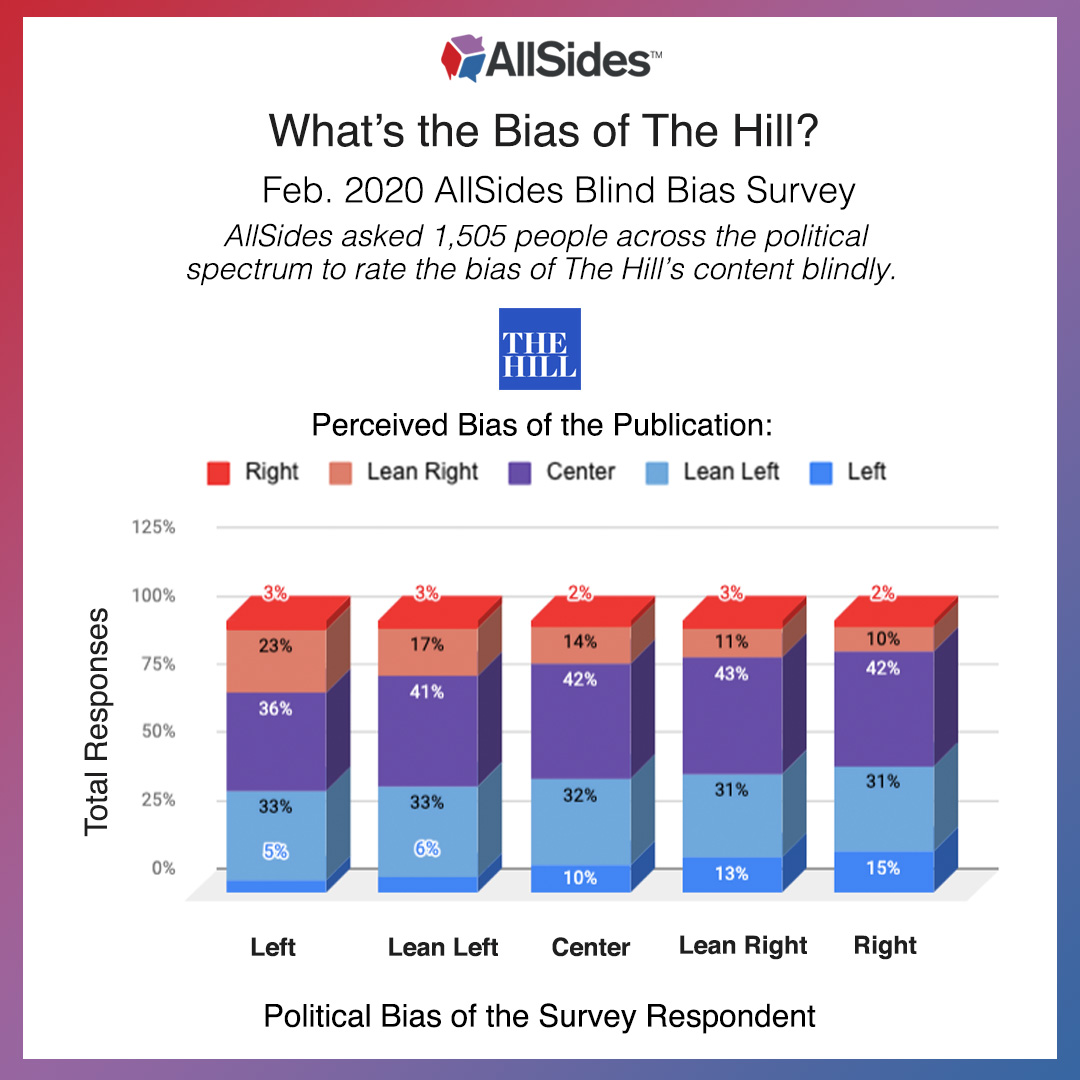 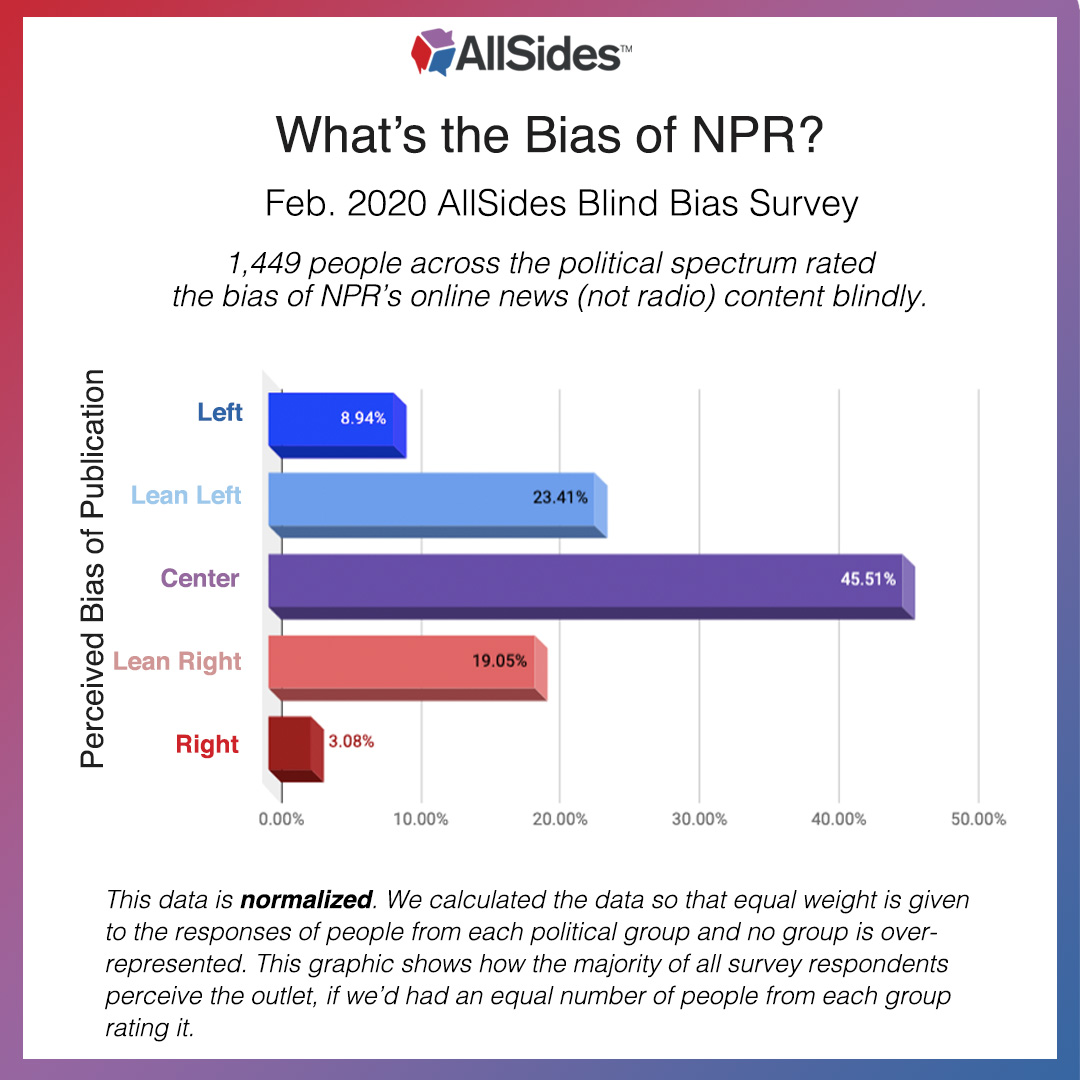 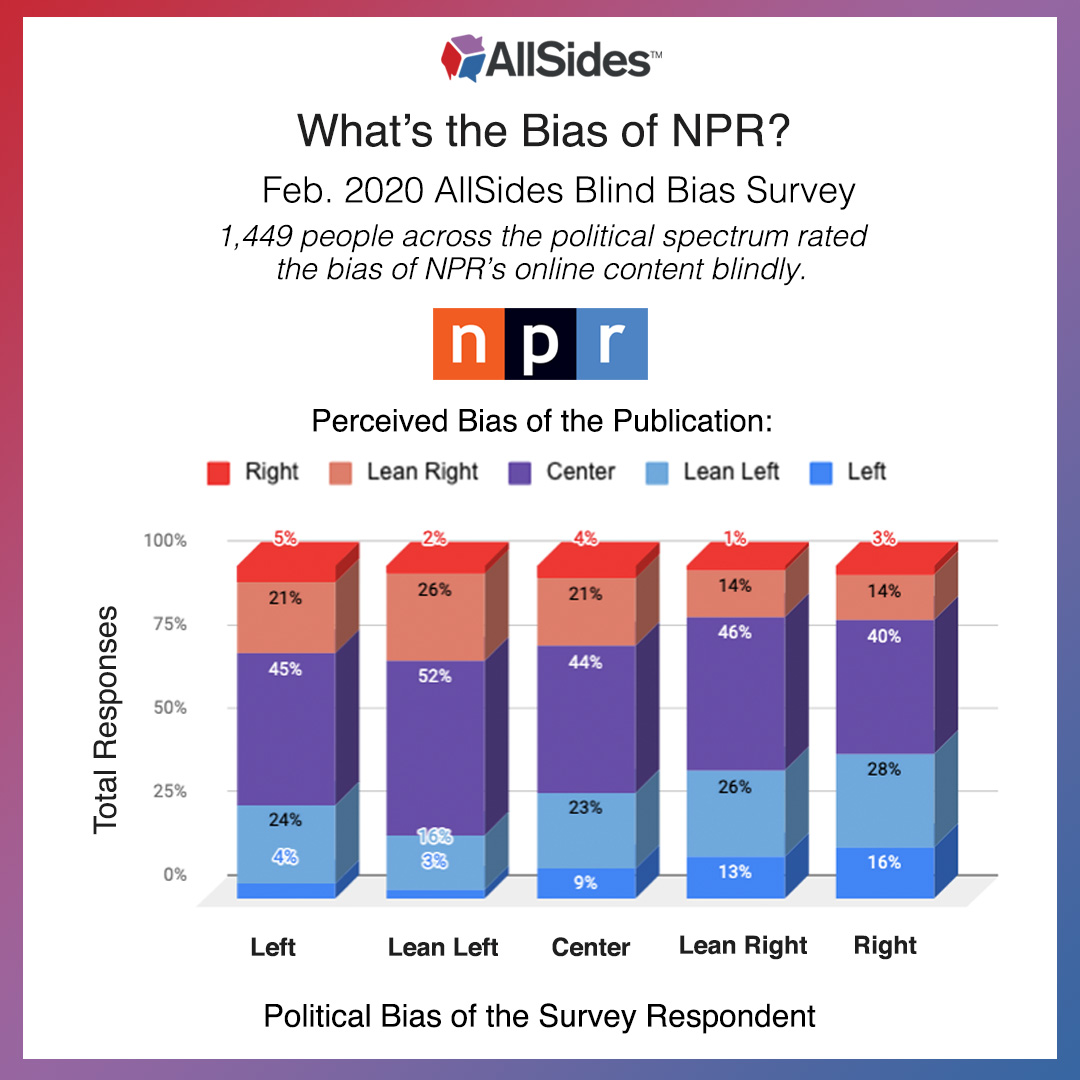 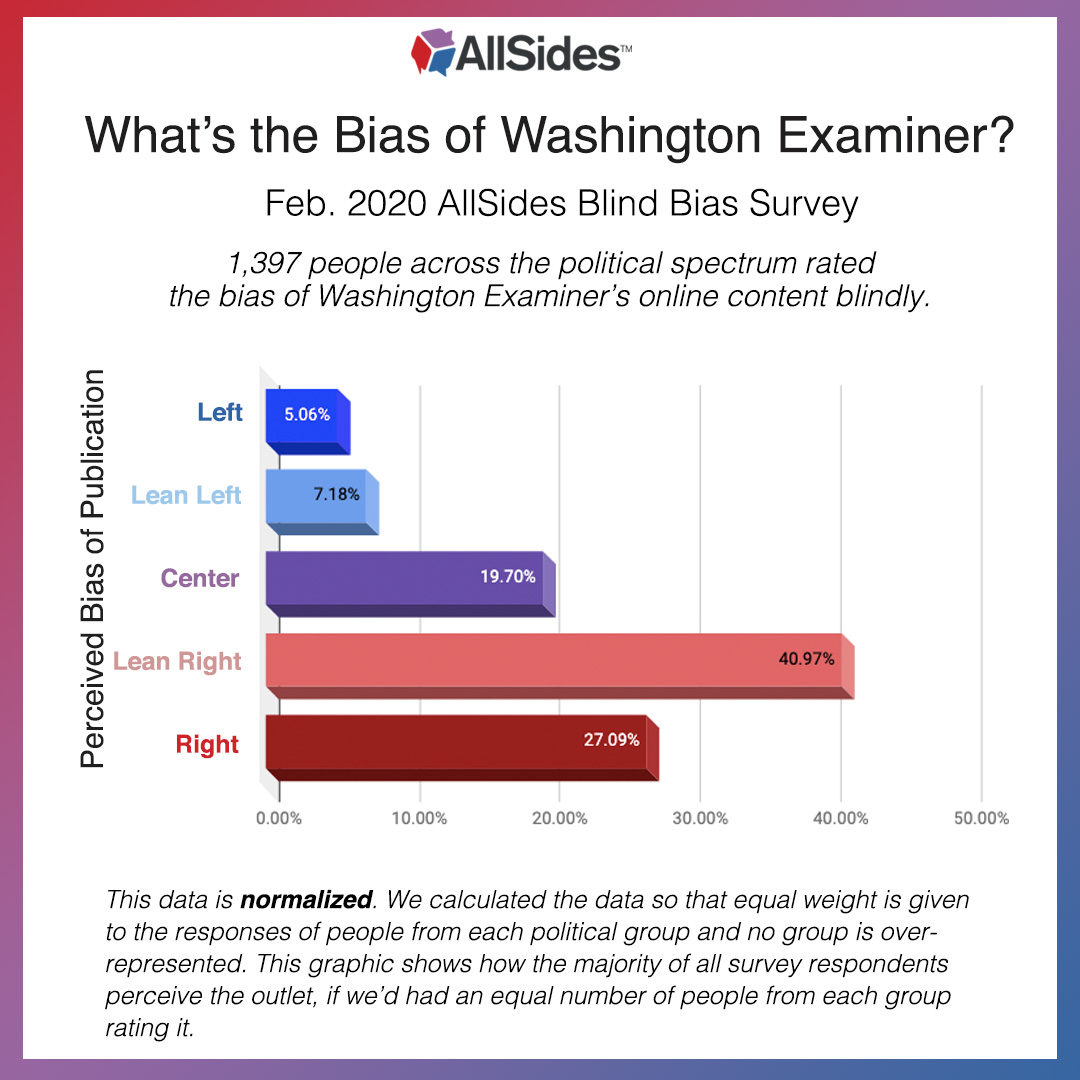 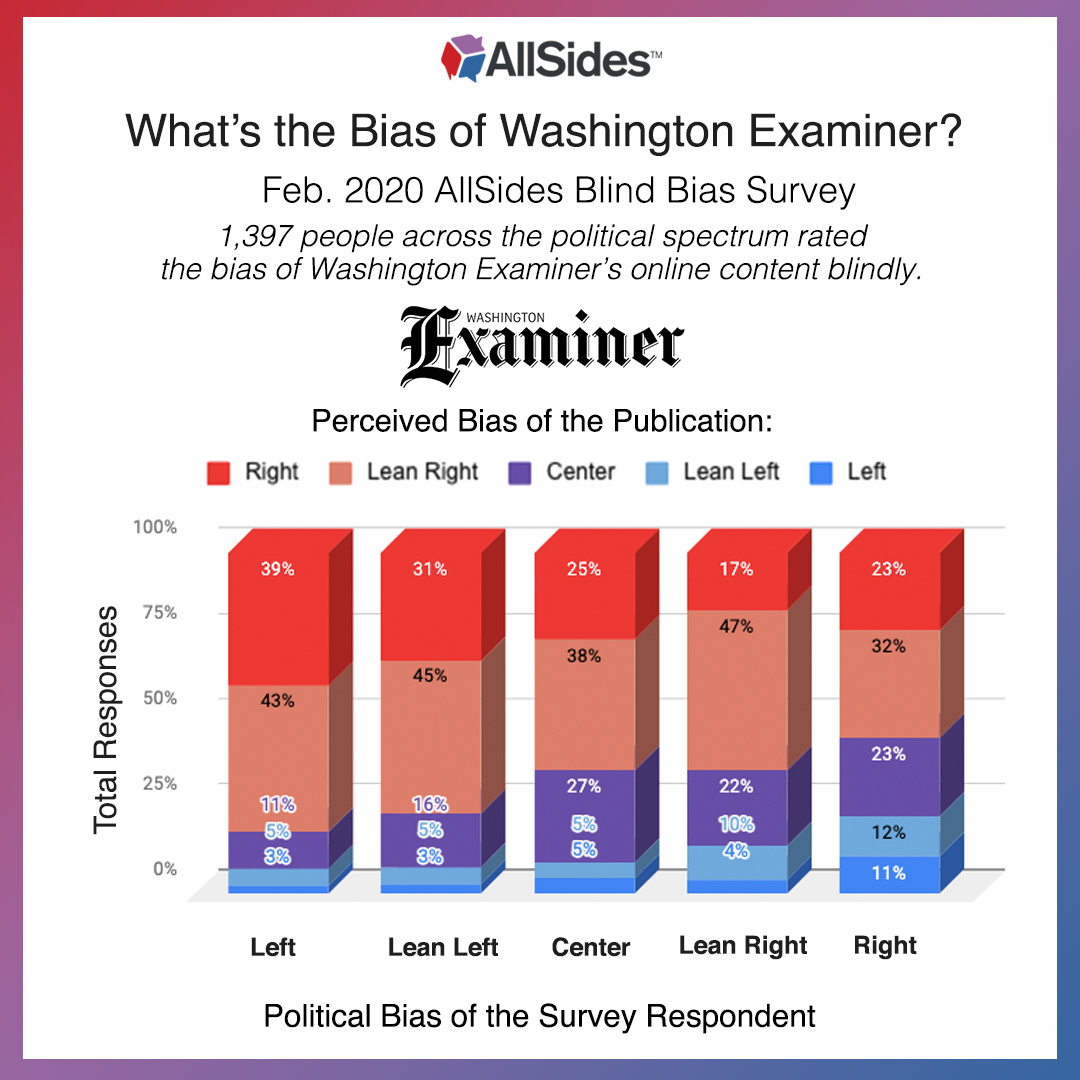 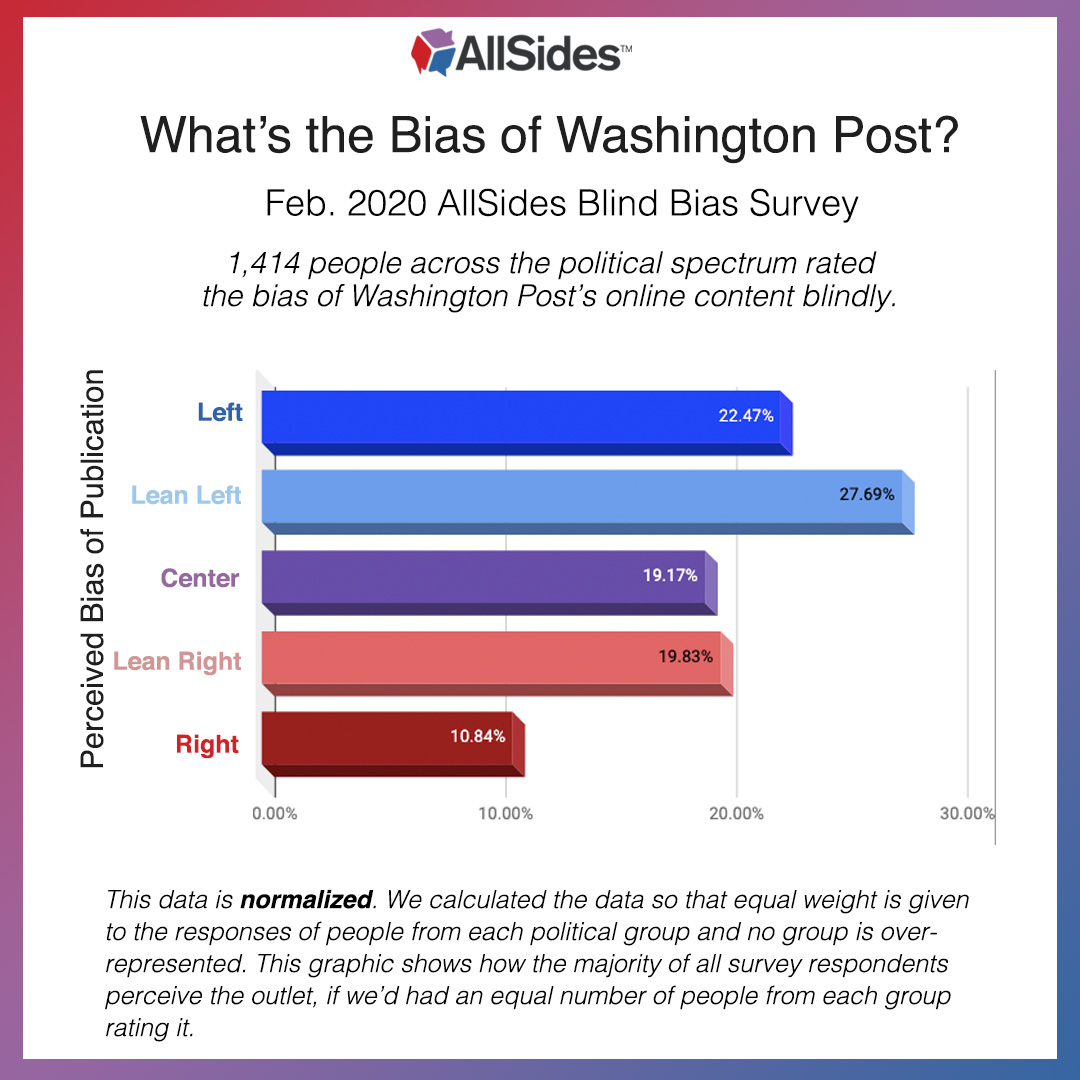 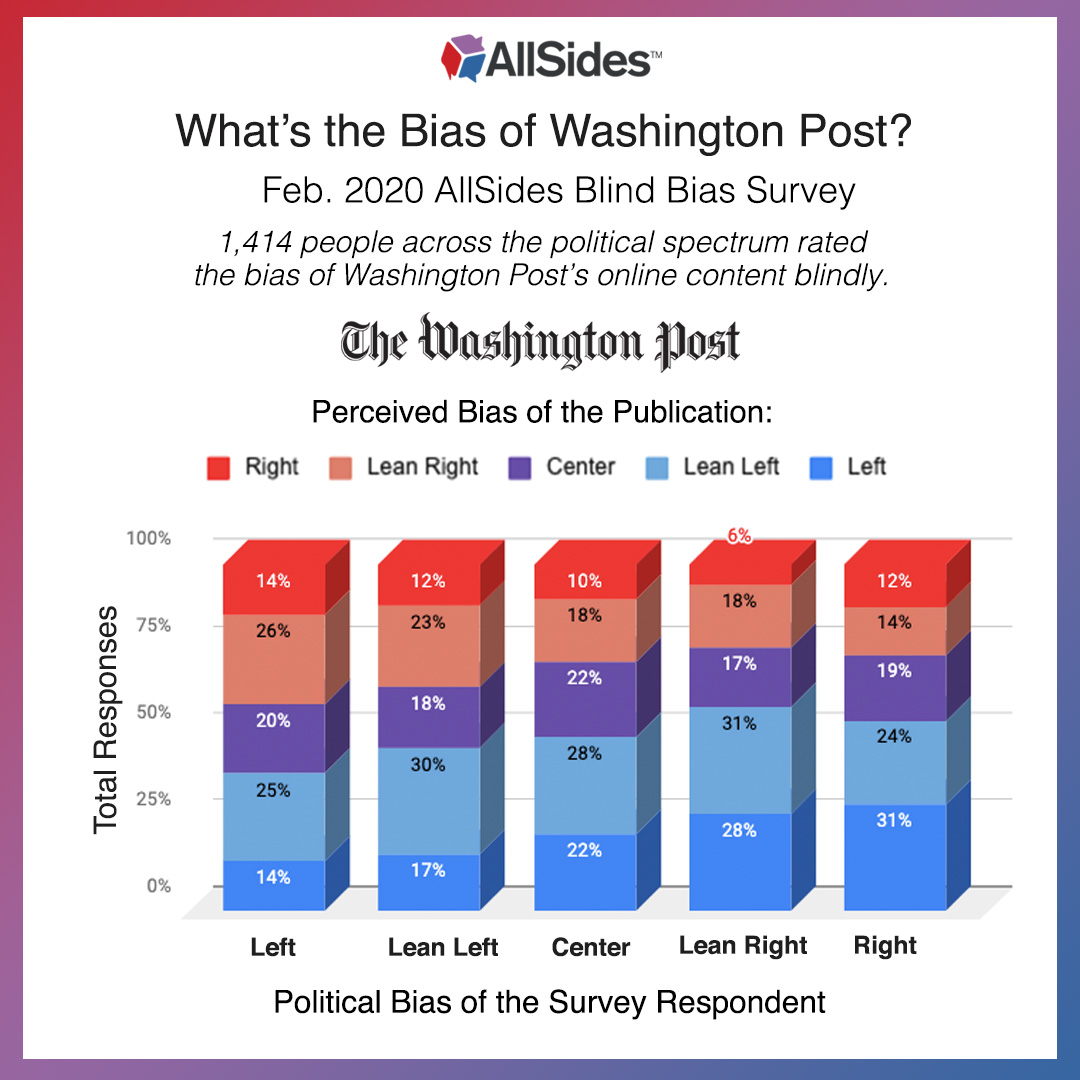