Attorney General Merrick Garland announced Tuesday that the FBI and U.S. attorneys will work with state and local law enforcement to investigate "a disturbing spike in harassment, intimidation, and threats of violence against school board members, teachers and workers in our nation’s public schools." With students returning to classrooms this fall, school board meetings have gone viral across the country as parents debate COVID-19 mask mandates and whether critical race theory (CRT) is included in curriculum. Garland's announcement did not mention a specific topic that the alleged threats were stemming from.

Right-rated outlets and voices have paid much more attention to the issue than left- and center-rated sources. Many right-rated voices spoke out against the announcement, calling it a federal overreach with little justification. Some accused the Biden administration of trying to silence dissent from parents who oppose mask mandates and don't want CRT being taught to their children. At least one left-rated voice criticized Republican lawmakers who opposed Garland's decision, accusing them of siding with the "rising tide of angry threats" against school officials and seizing a chance "to portray themselves as the courageous and oppressed." 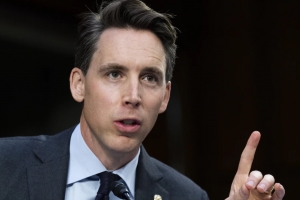 Republicans in Congress have seen the threat of mob violence, and they are going to do something about it.

They’re going to defend the mob, and make sure law enforcement doesn’t crack down too hard on it.

That’s the clear message being sent from up and down the right — politicians, pundits, and conservative media — in response to a memorandum from the Department of Justice laying out an effort to address the rising tide of angry threats directed at school boards and education officials.

The memorandum itself may have been...

Read full story
Some content from this outlet may be limited or behind a paywall.
See full media bias rating for Washington Post
From the Right
2043
FBI
A.G. Merrick Garland Tells FBI To Investigate Parents Who Yell at School Officials About Critical Race Theory
Reason 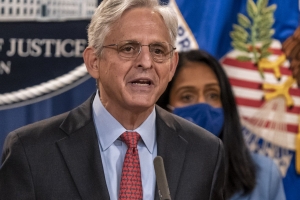 Taking note of a supposed "spike" in harassment and intimidating behavior directed at public school officials, Attorney General Merrick Garland has instructed the FBI to be on the lookout for angry parents demanding accountability at school board meetings.

On Monday, Garland sent a memo to the federal law enforcement agency directing it to coordinate with the nation's 14,000 school districts. This action comes after the Biden administration received a plea from the National School Boards Association (NSBA) to protect schools from the "imminent threat" of parents sending "threatening letters and cyberbullying" school...

Read full story
Some content from this outlet may be limited or behind a paywall.
See full media bias rating for Reason
From the Right
2043
FBI
Biden Criminalizes CRT Dissent
City Journal

Garland’s memo follows a National School Boards Association request that the Biden administration investigate threats to school board members and classify sometimes-heated parent protests as “domestic terrorism.” The NSBA suggested that some of these parents should be prosecuted under the PATRIOT Act and federal hate-crimes legislation.

The school board association letter, however, is riddled with falsehoods, errors, and exaggerations....

News
‘Unprecedented’: Feds Say Hundreds Of Trump Rioters Can Expect A Knock On The Door
HuffPost